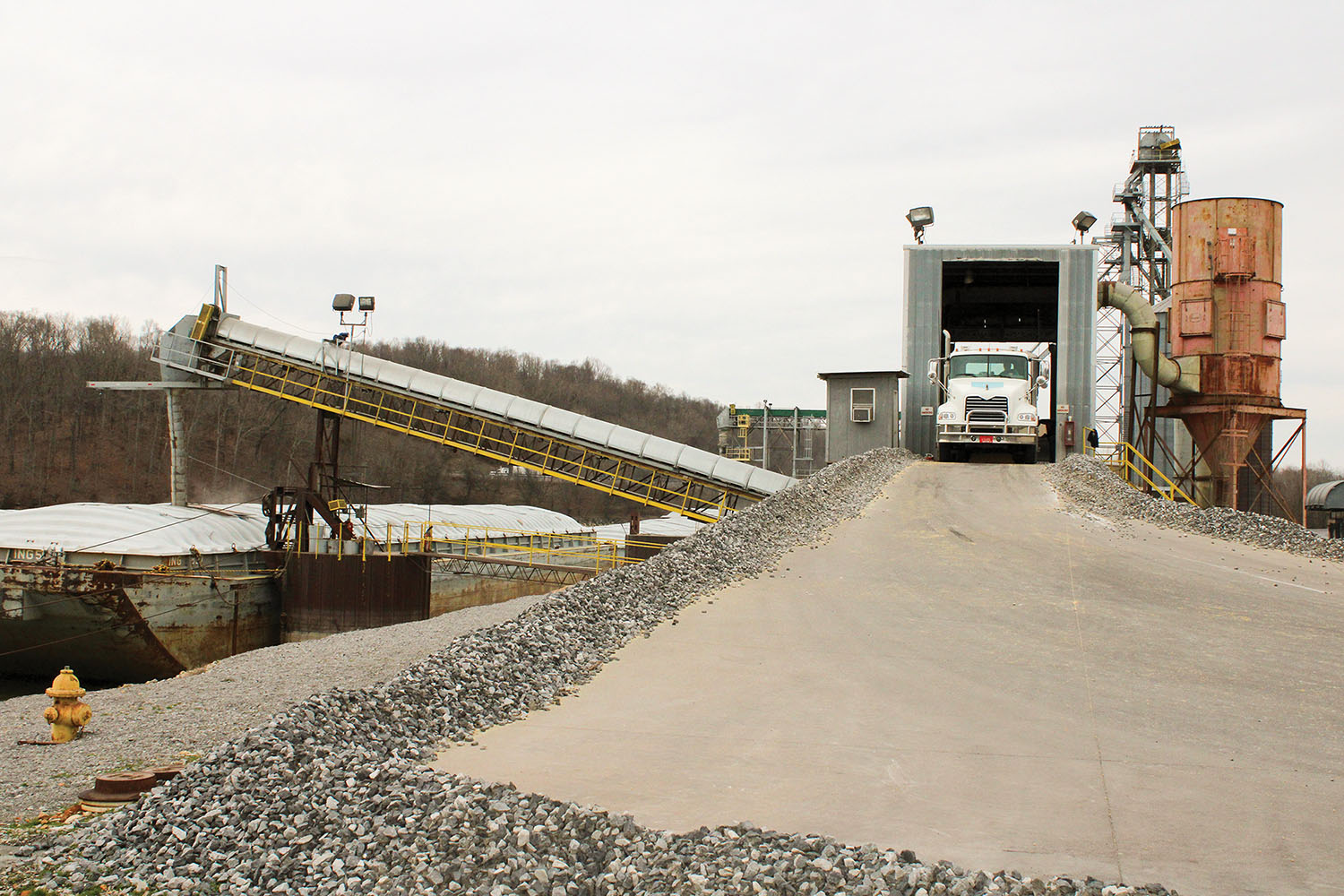 With two new grants and the development of a master plan underway, the port of Eddyville (Ky.) is continuing to grow.

The port, created on the Cumberland River impoundment of Lake Barkley in the late 1970s, got a boost about five years ago with land purchases and contract renegotiations that resulted in adding three new tenants, said Jamie Wynn, port director of the Eddyville Riverport & Industrial Development Authority.

The authority now owns roughly 250 acres at the riverport with another 120 acres at a nearby industrial park. Paducah Barge LLC has its drydock at the port. Other new tenants are Hu-B’s Offshore Marine Sales & Service and the Kentucky Fish Center, which receives and completes initial processing of Asian carp from commercial anglers.

“We’re uniquely positioned,” said Glen Kinder, treasurer of the authority’s board of directors, pointing out the nearby convergence of major north-south and east-west interstates I-69 and I-24 as well as the Cumberland River connection to Nashville, Tenn., one of the fastest growing cities in the Southeast. As the port is the only riverport in Kentucky on a lake, it also enjoys stable water levels, fluctuating by only about 5 feet depending on the season, he said.

Last spring, the port received a $107,250 Delta Regional Authority grant for a new conveyor to unload fertilizer, which created a need for widening an access road and removing a concrete pad left behind when tenant Agri-Chem LLC replaced its conveyor belt system. Recently, the riverport was awarded a $49,780 grant from the Kentucky Transportation Cabinet’s Riverport Improvement Program to improve traffic flow. A bid package on the road construction has been let, with bid openings expected later this month, Wynn said. The project will include removing a fence to allow widening and leveling the road and resurfacing it with blacktop.

“It opens up our access road to all the traffic past Agri-Chem,” Wynn said, noting that the project will decrease traffic congestion and improve safety.

A separate, $10,000 grant from the Kentucky Transportation Cabinet will allow the addition of overhead doors to one of the port’s grain pits, adding protection in adverse weather conditions.

One of the port’s biggest new undertakings is development of a master plan to determine future land use.

“It’s not just about what we want to do but also our partners and what they might like to do in the future,” Kinder said, adding, “We’re open to ideas and innovation, and we want to partner and grow the industries that can benefit in the area.”

It is important to think not just from the perspective of Eddyville or Lyon County but about the future of the region as a whole, he said.

The master plan’s development is part of a $50,000 grant from the U.S. Department of Agriculture. Wynn and Kinder said their goal is to have the plan completed by the end of the year.

Caption for top photo: A $10,000 Kentucky Transportation Cabinet grant will allow the installation of overhead doors at this grain pit at the Eddyville Riverport, adding protection in adverse weather. (Photo by Shelley Byrne)