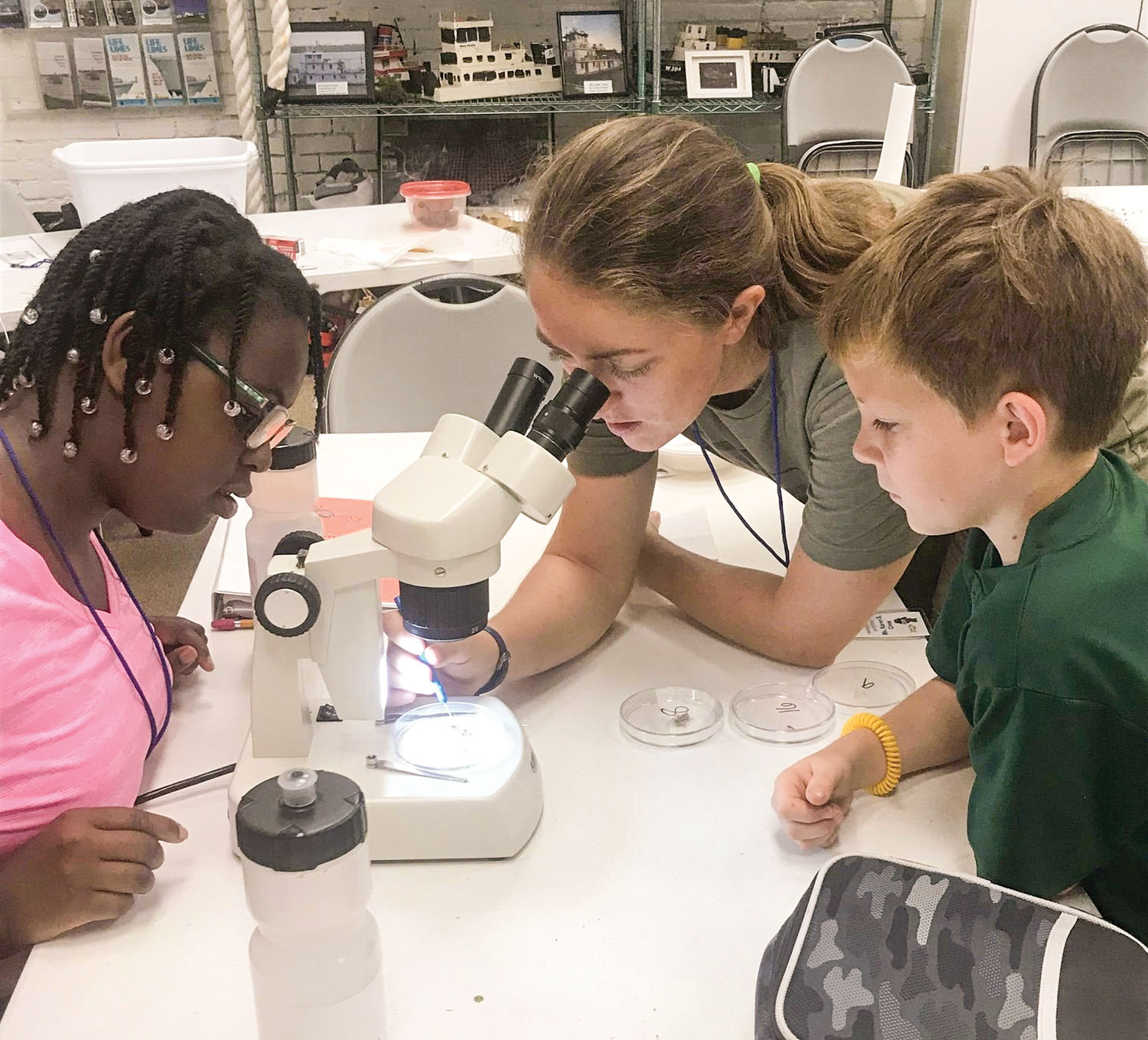 The River Discovery Center in Paducah, Ky., has a new initiative designed to catch students’ attention and hopefully better equip them for a future career in the river industry.

The Full STEAM Ahead Initiative refocuses programs the center offers, including some sponsored by river-related businesses, to ensure they comply with “next generation” science standards, as well as educational standards in science, technology, engineering, the arts and math (STEAM) and newly adopted Kentucky educational standards that went into effect this school year, executive director Julie Harris said.

The curriculum took several months to design, said Karen Wilhelm, the center’s educational coordinator. Part of the reason why is that the “next generation” standards include students demonstrating higher-level thinking, including how they can practically apply the information they have learned.

“Instead of just memorizing and spitting it out, they have to be able to say how they’ll use those things,” Wilhelm said.

All of the programs are now aligned to the standards.

“We try to make it really accessible for teachers and take the work out of it,” Harris said.

Those standards are not only good for students but for the future of the river industry, she said, adding, “It’s never too early to plant the seeds about the rivers and the impact they have on their daily lives.”

Programs the center offers include the Skipper Program, a field trip opportunity for third-graders, sponsored by Ingram Barge Company, that introduces children to towboats, barges and the river industry and includes hands-on activities and the opportunity to participate in a boat simulator; an Animals Encounter field trip for second-graders that includes learning about animal classification, habitat and adaptation; and a fifth-grade program focusing on the ancient Mississippian mound-building tribe of Native Americans and includes a hands-on examination of artifacts.

New programs are also being offered for kindergarten, first- and second-graders, and the center is also offering weeklong summer day camps for various age levels. Additionally, the center has added a river economics program for eighth-graders.

Last summer, the center partnered with Murray State University’s Watershed Studies Institute on programming as part of the realignment. The institute is a master’s program within the College of Science, Engineering and Technology designed to prepare students for careers or for further graduate studies in the broader aspects of watershed management and science. Harris said the River Discovery Center hopes to collaborate with the Watershed Studies Institute again this year on summer projects, such as one in which children work alongside graduate students and instructors to learn how to sample and test water quality.

Ramona Patton, a kindergarten-through fifth-grade science lab teacher at Concord Elementary School in Paducah, stressed how important the programs at the River Discovery Center are in developing children’s education. “The programs provided at the River Discovery Center are such an asset to our local community,” she said. “The different educational programs at the elementary level are designed to meet NGSS (Next Generation Science Standards), and all offer such interesting applications to classroom learning.”