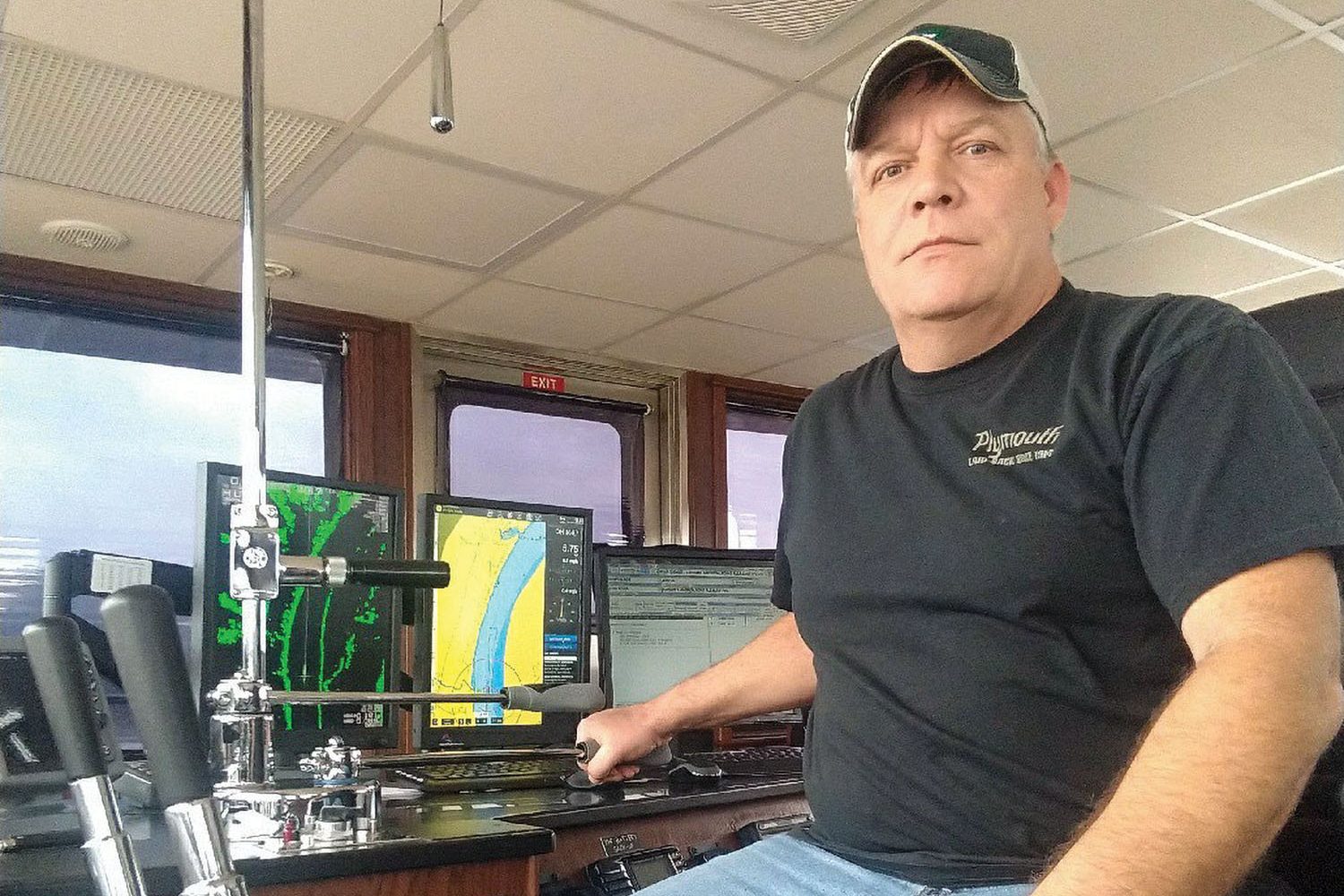 A conversation with his father while driving down a back road changed the course of Sam Chumley’s life.

Chumley was about to graduate from high school, and his dad asked his plans for the future. He told him he thought he would be a union laborer like him, but his father wanted something better for his son.

Chumley was one of eight children in the family growing up in rural Fillmore, Ill., so he started out with what he knew, getting a job at a grain elevator. It was there that he saw towboats going by, pushing barges.

Now 51 and a captain for Hines Furlong Line, Chumley has never regretted that decision.

“I can’t think of anything else I’d rather do,” he said. “You’ve got the scenery. You see something different every day. It’s just wonderful.”

Like many captains, Chumley worked his way up in the industry. He hired in as a deckhand with Tennessee Valley Towing in 1987, then worked for various companies, wherever he could get ahead a little more. Those included Conti Carriers, Jefferson Barracks Marine Service, Lewis & Clark Marine and ADM-Reidy Terminal, where he first worked as a pilot. He got his captain’s license in 1996 and did some trips with Hunter Marine before hiring on full-time.

“We had four boats when I started,” he recalled of Hunter Marine. “It was mostly a Cumberland River trade.”

He saw plenty of other changes, too, from getting the mail when passing through a lock and talking 15 minutes on a lock pay phone if he happened to be off watch, to more options for onboard entertainment.

“I never dreamed I’d see satellite TV on a towboat,” Chumley said. “Back in the day, you’d get TV for a little bit when you went through a town, and that was it.”

When Hines Furlong Line bought out Hunter Marine, Chumley stayed on with the company. Having worked for both smaller and larger companies, Chumley said HFL is the right fit for him. “You feel like you count here,” he said. “You get to voice your opinion, and they take what you say seriously. You feel like you’re valued here.”

Life is good at home, too, with Chumley engaged to be married to his fiancee, Vicki Hurst, May 10.

Looking back on decades of work on the river, Chumley said it’s not just a job but a brotherhood.

“I’ve met so many good people working out there that are just amazing,” he said. “It’s way different from a regular 9 to 5 job. You live with these people. You really get to know them and to care for them.”