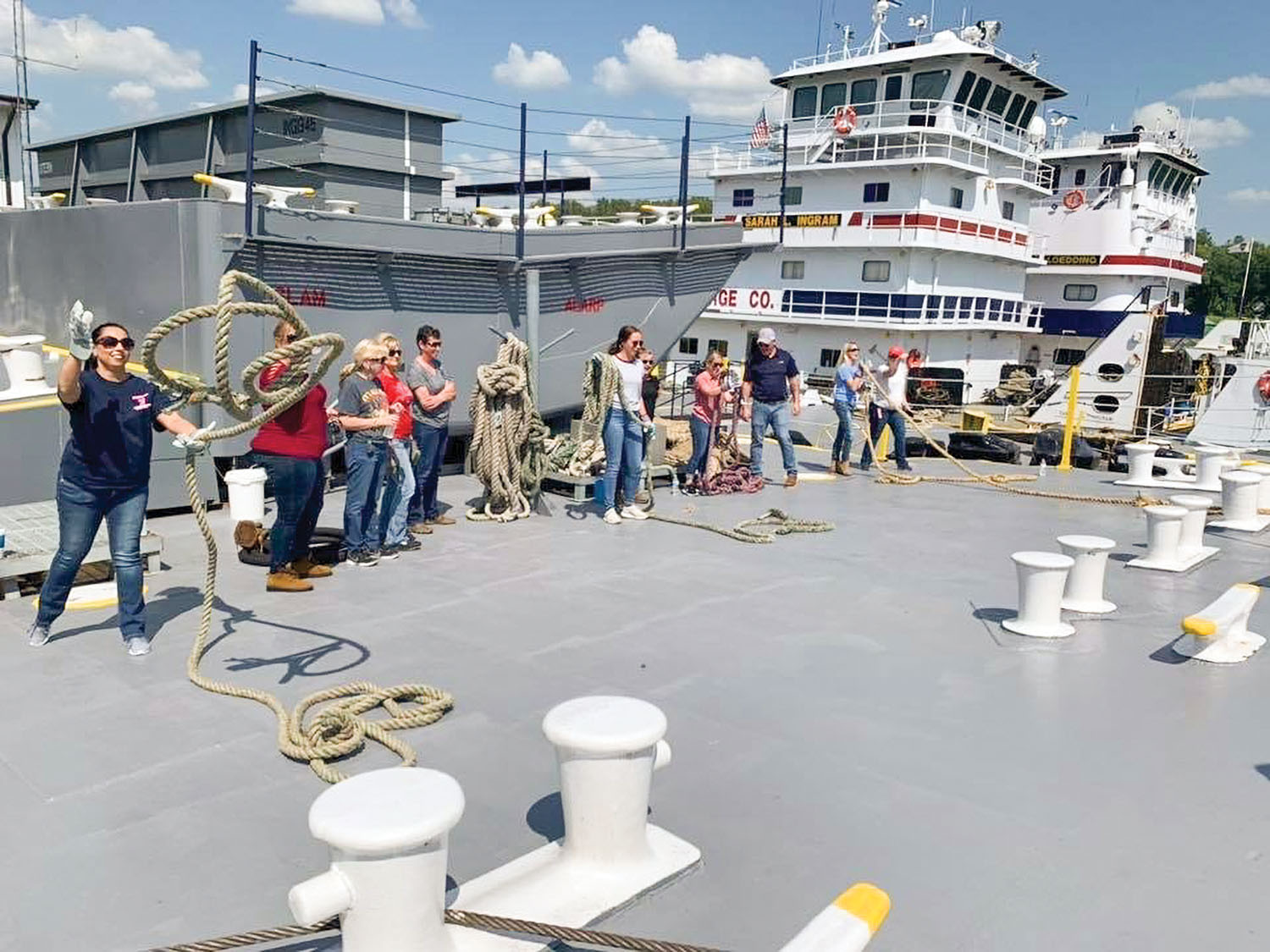 The ladies who make up West Kentucky’s chapter of Women in Maritime Operations have done a lot in the last year.

As the chapter celebrates its first anniversary this month, it does so with 75 members representing 12 different companies, making it one of the two largest chapters in the nation, just behind the South Louisiana chapter, which formed in 2017 in New Orleans, La.

Commonly called the WIMOs, the organization now has more than 350 members. It began with the South Louisiana chapter. The West Kentucky chapter was the second to be established. The Houston, Texas, chapter is the most recent to be established, at the end of 2019. The organization also has two seed chapters beginning to meet. They are the Ohio Valley chapter in Cincinnati, Ohio, and the Pacific Northwest chapter in Seattle, Wash. But regardless of where they are located, each chapter is dedicated to the same mission: connecting, supporting and empowering women working within the marine industry.

Although the inland marine industry has become more diverse over the past few years, that’s something that remains a challenge, said Whitney Cruse, West Kentucky WIMOs chapter president.

Most of the time in her first few years, she said, she would be one of only a few women in attendance at industry events.

“A lot of times in the first few years I’d go to events, and I’d be the only female,” she said.

Now, she said, when she goes into a room and sees fellow WIMOs members, “It’s that comfort. There’s someone there in your shoes.”

Most of the women in the Western Kentucky chapter work in various shoreside business roles for towboat and barge companies, so many of the activities over the past year have focused on familiarizing the women with vessel operations as well as logistical planning and understanding the market.

“We’re all in this business together, but there are parts (of the business) we don’t get to see every day,” Cruse said.

Chapter members went through a portion of the deckhand training program at Ingram Barge Company and got a basic overview of logistics from Marquette Transportation.

At Ingram’s facility, chapter members got some hands-on experience.

“The ladies were able to go out onto the training pad and learn how to throw line,” Cruse said.

“People have been super supportive, asking how can we help you, how can we teach?” Cruse said.

Cruse and the other chapter officers have also worked on raising chapter awareness, such as by presenting the program for the Paducah Propeller Club’s February meeting at Walker Hall in Paducah.

They have also had social events—such as an after-hours get-together at Marquette—and have put a special focus on giving back to the community, wrapping packages for the Seamen’s Church Institute’s Ministry on the River, holding a supply drive for the Merryman House Domestic Crisis Center and even spending a day peeling apples and potatoes to feed those in need of a meal from Martha’s Vineyard.

Cruse said the organization is looking forward to continued growth and offering more events, such as an upcoming session on Setting Personal and Professional Boundaries that the West Kentucky WIMOs is co-hosting with the Paducah chapter of the Professional Business Women.

Cruse would also like to see the chapter begin to incorporate membership from grain terminals and other businesses that work closely with barge and towing companies.

“It helps in so many ways,” Cruse said of WIMOs membership. “It helps the members. It helps the companies, and really, it helps the industry.”