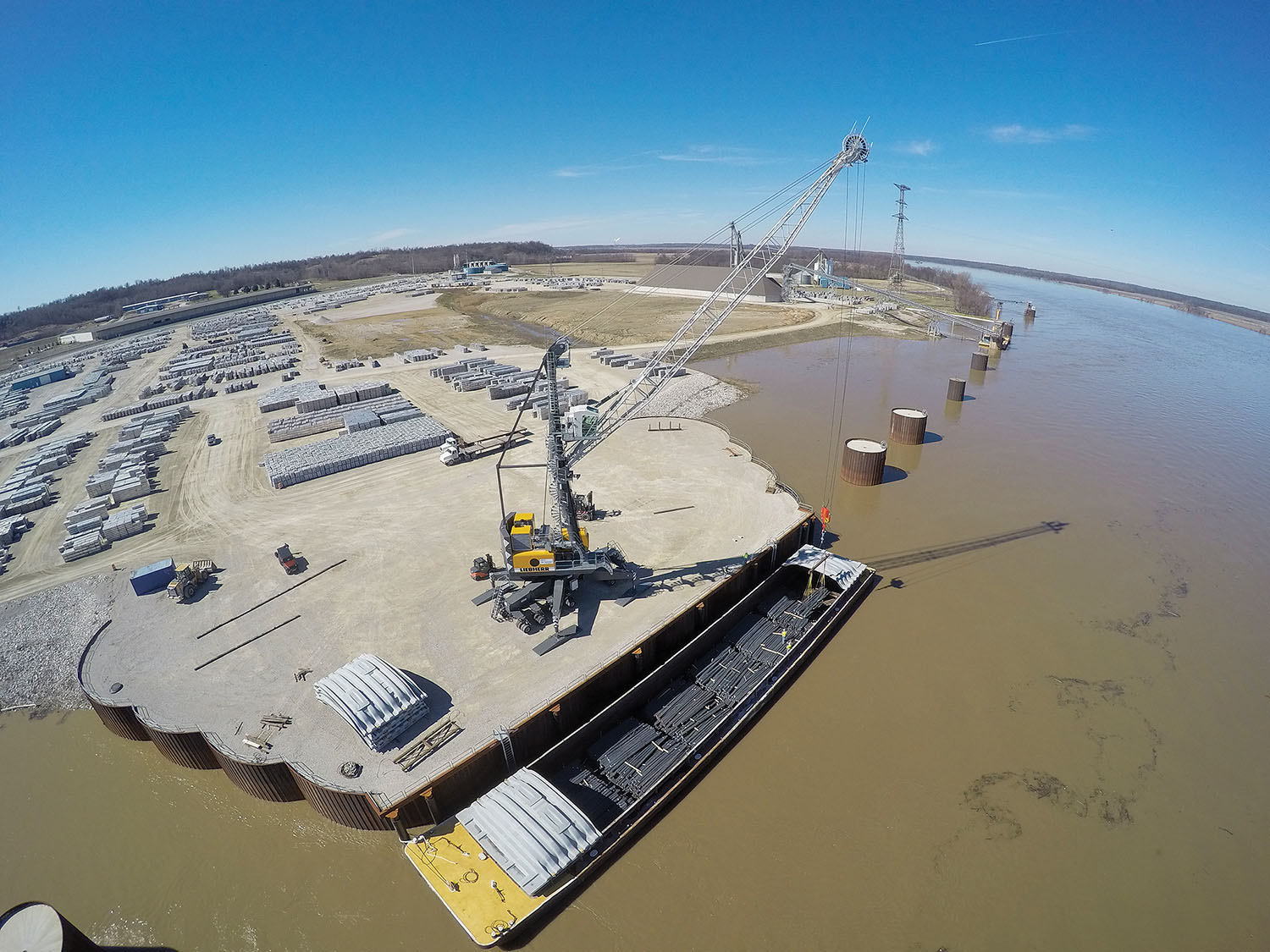 The Owensboro (Ky.) Riverport is moving forward with millions of dollars in projects, with the help of a $15 million BUILD grant.

The riverport received the $11.5 million grant with an 80 percent match in December 2018, and the project has since been handed over to the Maritime Administration to administer. Its primary purpose is to improve and expand the road connecting U.S. 60 to the port entrance, said Brian Wright, Owensboro Riverport Authority president and CEO.

The two-mile stretch of road is currently residential width, with 11-foot lanes. Between the port and U.S. 60, it travels by Owensboro’s major industrial park. The grant will allow the first 1.5 miles to expand to three lanes with a center turning lane. The remainder of the route will be what is considered a “super two-lane.”

“So it’s not only enhancing the riverport, but it’s also enhancing the traffic flow for the industrial park as well,” Wright said of the grant.

Currently, 4,500 vehicles travel the route daily, according to a traffic count by the Kentucky Transportation Cabinet.

“It will be much better flow for semi traffic in and out of the industrial park and to the port,” Wright said.

The grant will additionally allow the main port access road, within the port’s boundaries, to expand to three lanes.

The port completed the necessary environmental assessments on December 16, Wright said. That was paid for entirely by Kentucky Transportation Cabinet. Since then, Wright said most of the work has focused on finalizing the contract between the riverport authority and MarAd to grant the 80 percent reimbursement.

If U.S. Secretary of Transportation Elaine L. Chao signs off on the agreement this month, the riverport authority will proceed with the final design of the road and right-of-way utility work with construction anticipated to begin in January 2022, Wright said. He hoped to let bids for the project in winter 2021 and to have the work complete by mid-2023. The grant must be complete by the end of 2025.

The grant was one of three BUILD grants awarded in the state of Kentucky in 2018 and one of 90 in the nation.

“We’re an inland port, but we’re a strategic inland port in regard to agriculture and other commodities we handle, so we’re fortunate to have received the grant,” Wright said. “Now it’s time to really roll up our sleeves and make it happen.”

Additionally, the riverport is looking to update and potentially expand its services by the acquisition of a new material handler and spud barge projected to cost $2.5 million. The port currently runs a mobile harbor crane on the primary cargo dock, an LHM120 material handler and a 1978 110-ton Link Belt that handles the commodities.

“With it being a 1978 vintage model, parts are becoming scarce, and the maintenance costs associated with the crane are continuing to escalate,” Wright said.

Additionally, he said, it is becoming more difficult to find friction crane operators.

“We’re looking to move toward another material handler on a spud barge to allow flexibility at different load locations up and down the port for bulk and other commodities,” Wright said.

The current material handler, a 2009 model, has 11 years of service on it. During peak bulk fertilizer season, the port is unloading two barges a day of fertilizer six days a week. The new material handler will provide backup and would increase bulk volume capacity as needed with future development, Wright said.

Current plans call for the material handler and spud barge to be funded by the port, although the port authority continues to pursue potential grant dollars. Meanwhile, the port is also completing underwater and shoreline surveying and engineering specifications, including areas considered prime for future development, to make sure the material handler being pursued would reach the needed areas even at summer pool, when the river is at its lowest level.

“We’re spending a little more time on the engineering side to make sure we have full flexibility and capacity anywhere along our riverfront,” Wright said.

The riverport is also taking on smaller projects, including reshoring the riverbank with riprap and upgrading its security system, all while staying in operation as an essential service during the COVID-19 pandemic.

Caption for top photo: The Owensboro (Ky.) Riverport is utilizing a BUILD grant for road improvements from U.S. 60 to the port and to the main port access road. The port also plans to replace its material handler and spud barge. (Photo courtesy of the Owensboro Riverport Authority)