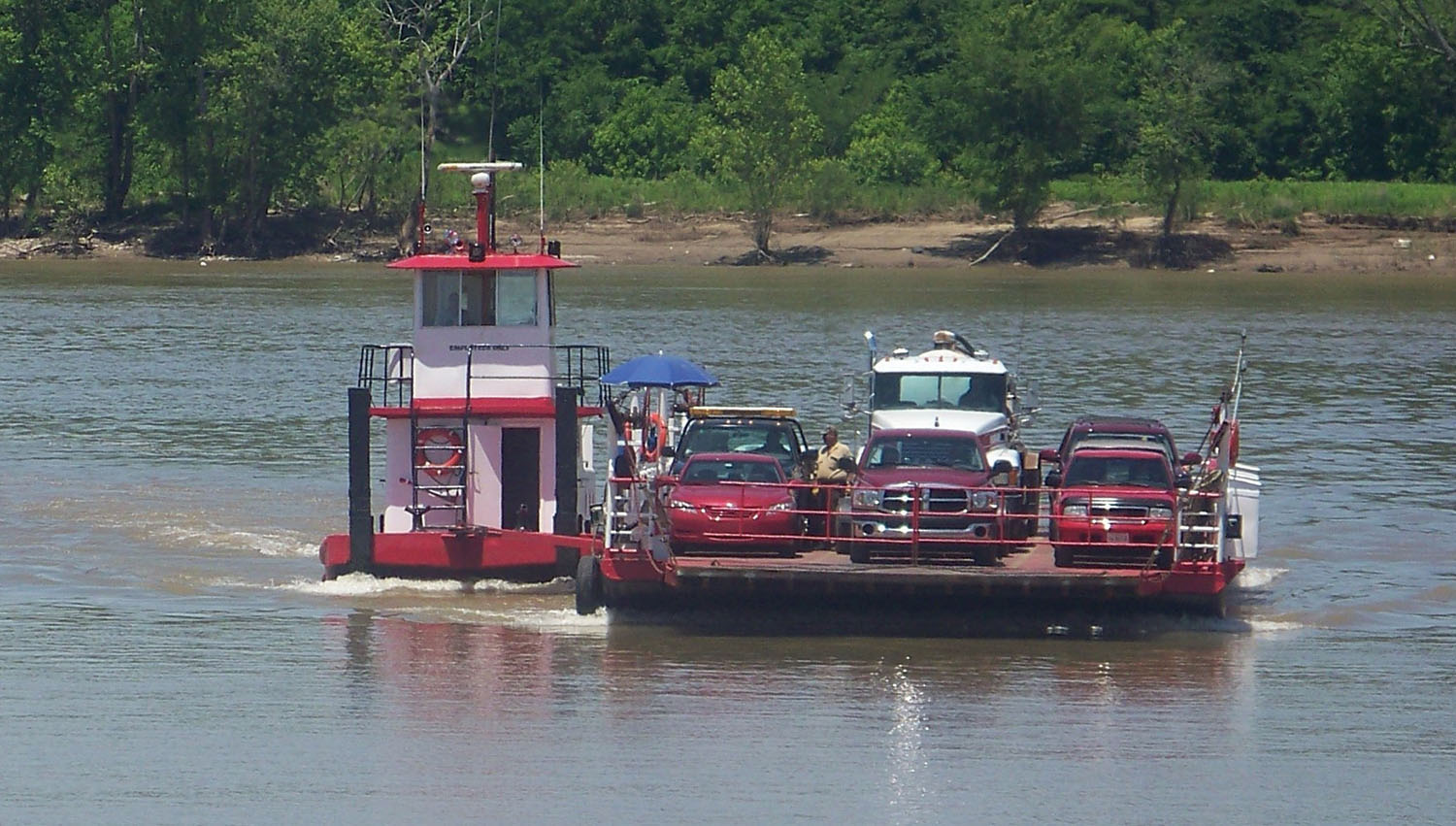 The private owner of an Ohio River ferry funded jointly by the states of Kentucky and Illinois first announced it was ceasing operation before announcing a tentative deal in the final hours of the contract June 30.

The Cave-in-Rock Ferry connects Ky. 91 in Crittenden County with Ill. 1 in Hardin County at Ohio River Mile 881. The Kentucky Transportation Cabinet and the Illinois Department of Transportation provide funding for the ferry through the Ohio River Ferry Authority.

The ferry normally operates from 6 a.m. to 10 p.m. daily, carrying about 500 vehicles across the river. Without the ferry, commuters face a 69-mile, 90-minute detour via the Ky. 56/Ill. 13 Shawneetown Bridge, according to the Kentucky Transportation Cabinet. The ferry also provides access to the Amish community on the Kentucky side of the river, is a draw for tourism and provides access for farmers with crops on both sides of the river.

Lonnie Ray Lewis Inc., doing business as Cave-in-Rock Ferry, holds the ferry’s charter, without which another operator cannot set up a ferry at the site. The company’s previous, two-year contract with the states expired at 10 p.m. June 30.

“The Cave-in-Rock Ferry agreed to sign a new contract to fund ferry operations for FY20-22 on the exact same terms that were negotiated for FY18-FY20, with no price increase. However, the Commonwealth of Kentucky refused,” the company posted on the ferry’s Facebook page on the evening of June 30. “It is our understanding that the state of Illinois was agreeable.”

Then, with about three hours to spare in the contract term, the company updated its post to say a tentative deal had been reached and details would be forthcoming within “a day or two.”

The Kentucky Transportation Cabinet also confirmed that a last-minute deal had been reached without any disruption in ferry service, emphasizing that the ferry would open on its normal schedule July 1.

Documents provided by the Kentucky Transportation Cabinet after The Waterways Journal filed an open records request earlier in June showed that Kentucky and Illinois transportation offices had been funding the ferry at the rate of $804,000 annually for the two year-period leading up to June 30, 2018, when the contract was last renegotiated.

After a period of a few months without a contract, former Kentucky transportation leadership agreed in fall 2018 to a contract of $1.2 million a year for the next two years with the understanding that an audit of Lewis’ operation would assess operational costs and be used to determine future funding agreements.

The Kentucky Transportation Cabinet’s funding plan beginning July 1, 2020, called for the state to pay $464,300 each year for the next two years. If matched by Illinois, this would have reduced the total contract with the ferry to $928,600 annually.

Lewis communicated to the state via his attorney that the amount was not enough to for him to continue the ferry operation. Records showed he had asked for $1,299,984 for fiscal year 2021 and $1,378,006 for fiscal year 2022, which incorporates a yearly 6 percent cost-of-living adjustment, with half each from Kentucky and Illinois.Kentucky transportation officials initially agreed to a compromise that would have funded the ferry at the rate of $1 million annually for its part, brokered in part by Crittenden County Judge Executive Perry Newcom. That offer was rejected, however. In turn, Kentucky officials indicated increasing the amount of ferry funding beyond that was not feasible, in part due to delays and suspensions of road plan spending due to the state’s cost to respond to the COVID-19 virus.

Caption for photo: The Cave-in-Rock Ferry carries approximately 500 vehicles a day across the Ohio River between Crittenden County in Kentucky and Hardin County in Illinois at Mile 881.0. A last-minute contract deal prevented the ferry from ceasing operations June 30. (Photo by Keith Todd, Kentucky Transportation Cabinet)