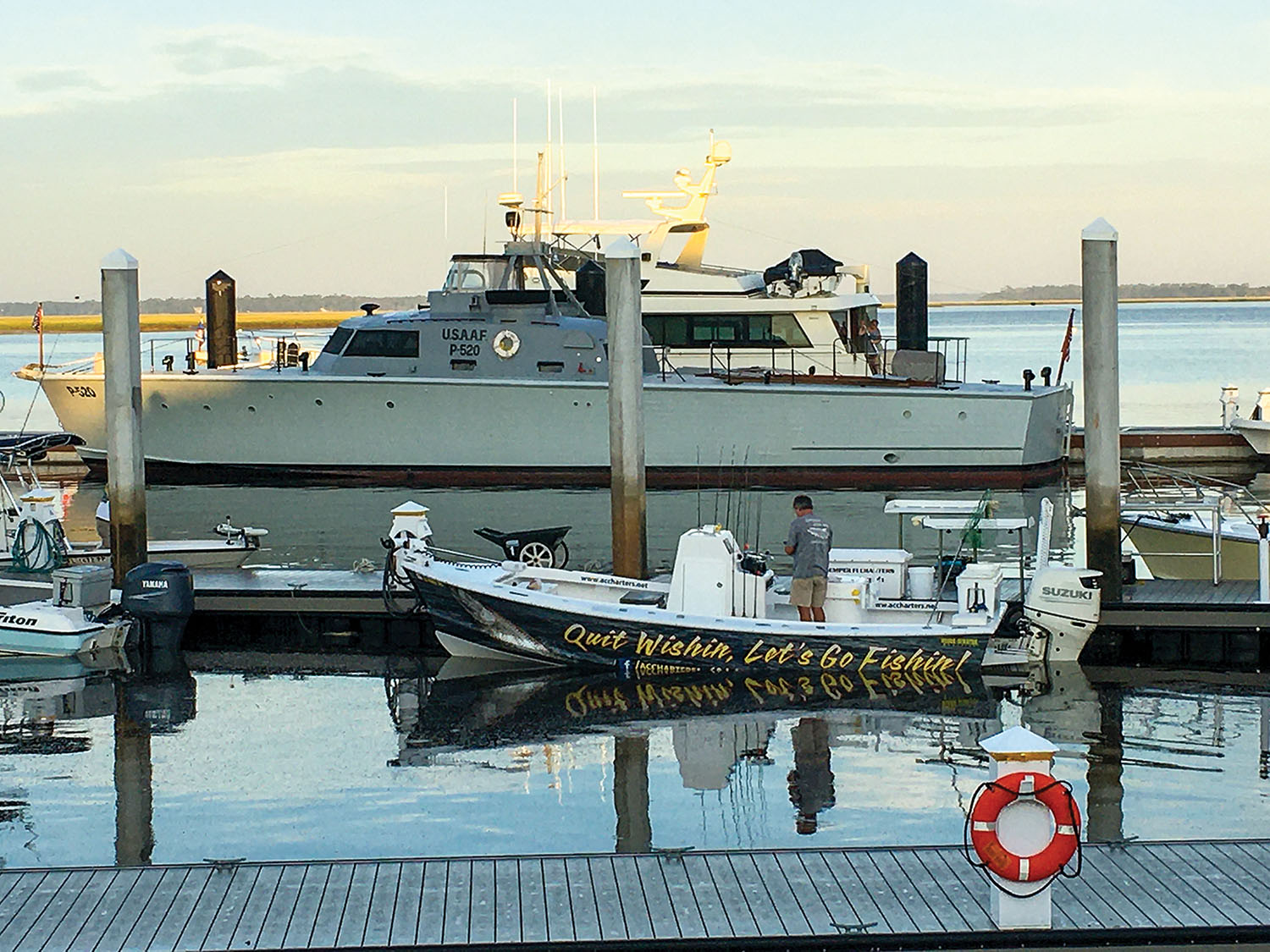 A World War II submarine that had been sunk in the Hackensack River in New Jersey is floating but no longer headed to Louisville, Ky., nor is a World War II U.S. Army Air Corps rescue boat.

Lewis Palmer, president of the Louisville Naval Museum (LNM), which is heading up the submarine U.S.S. Ling’s restoration and accepted donation of P-520, the 85-foot, fully restored rescue boat, commonly called a crash boat, made the announcement regarding the Ling on the Save the U.S.S. Ling Facebook page October 14.

“I wanted to make an announcement now that the Ling is floating and working to prepare to move to drydock (date TBD) and try to clear up some confusion,” he wrote, in part. “LNM has worked hard over the year to accomplish what we have. We faced an uphill battle the entire way. Nothing has come easy. Nothing has come without cost. LNM has worked feverishly to bring the Ling to the Louisville area to display. We were told it would be one of the longest dead tows ever done. Folks in Louisville embraced the idea of a submarine there for all to see. But not everything we wish for comes true. Louisville has become a problem, economically, physically and logistically.”

Palmer previously said he had arranged for the Ling and P-520 both to be tied up at the former Jeffboat shipyard in Jeffersonville, Ind., across the Ohio River from Louisville. Those plans fell through, he said.

Instead, he said, plans now call for the Ling to be moved to a drydock for repairs with no permanent home determined.

“Looking ahead, we will continue to work to move her to drydock as we finalize major funding,” Palmer said.

The post replaces a press release, now removed from the Facebook group, from earlier in the month indicating that the Ling was to go to Caddell Dry Dock & Repair in Staten Island, N.Y., before heading to a permanent home at Pier 13 in Hoboken, N.J.

Palmer said in the Facebook group that he removed the post because the Ling may have other potential options for a home, but that none of them are in Louisville. A group primarily consisting of veterans living in and near Hackensack, N.J., has conducted repairs that now allow the submarine to float with the tide, and a story published in the Hackensack Daily Voice quotes the group’s public relations director, Chris Kerrigan, as saying they hope to have the submarine in drydock within two months.

The nonrefundable spot MPTF had purchased on the yacht carrier became available when the boat MPTF purchased, PTF-26, known as the last of the Vietnam-era PT boats, had mechanical problems and couldn’t make the voyage to meet the yacht carrier in Ensenada, Mexico. The money from the Louisville Naval Museum refunding MPTF the shipping cost was supposed to pay for PTF-26’s repairs and go toward a future shipment, Winston Rice, one of the MPTF member chaplains, said. Meanwhile, the Louisville Naval Museum and MPTF had agreed MPTF could temporarily use P-520 as part of its mission to train youth interested in maritime careers, including scouts, and newly recruited maritime chaplains serving along the inland waterways.

Rice and Chaplain Kempton Baldridge said they were never told the P-520 wasn’t heading to Louisville, and that MPTF tried to contact Palmer several times. MPTF, which told the Louisville Naval Museum about the boat’s availability, had already paid for P-520’s shipment via the Panama Canal to West Palm Beach, Fla. But instead of then heading toward the Mississippi River, they were left watching the boat’s transponder signal as it instead headed away from it. P-520 eventually anchored at the City of Fernandina Beach’s Harbor Marina, just south of Florida/Georgia line.

Once learning the location of the boat, Rice, who is also an attorney, filed a lien on behalf of the MPTF to recover the cost of the shipment in the amount of $92,923.64. The lien is marked as filed with the Coast Guard’s National Vessel Documentation Center and served on the Louisville Naval Museum. Rice said MPTF also sent a copy of it to the marina in an attempt to prevent the boat’s release. The Louisville Naval Museum has posted a fundraiser on the GoFundMe website looking to raise $25,000 to transport it, but MPTF has filed a dispute with GoFundMe and included a copy of the lien, Rice said. As of October 21, $300 had been donated in the GoFundMe campaign.

But even if a court awards P-520 to the Maritime Pastoral Training Foundation, that leaves MPTF without sufficient funding to repair and ship PTF-26, the boat it owns in California, for now and with a boat it planned to use only temporarily now stranded in Florida. It also has no home for P-520 as MPTF has now determined on its own that the Jeffboat facility is unavailable.

“We have already reached out to folks at the city of Paducah (Ky.) in hopes of generating an interim alternative,” Baldridge wrote in an email after being asked about plans for it. The city is building a landing pier for riverboats, but doesn’t expect to break ground on it for about two years. It does have a transient boat dock.

The Waterways Journal tried for two weeks to reach out to the Louisville Naval Museum and Palmer for comment and to find out its side of the situation.

“At this time because the Ling and P-520 are a fluid situation, Louisville Naval Museum has no comment on any ongoing projects,” Palmer said in an email.

Caption for photo: The P-520, believed to be the last U.S. Army Air Corps rescue boat still in military configuration, floats in a marina near the Florida/Georgia line. Neither it nor a World War II submarine are now headed to the Louisville, Ky., area.