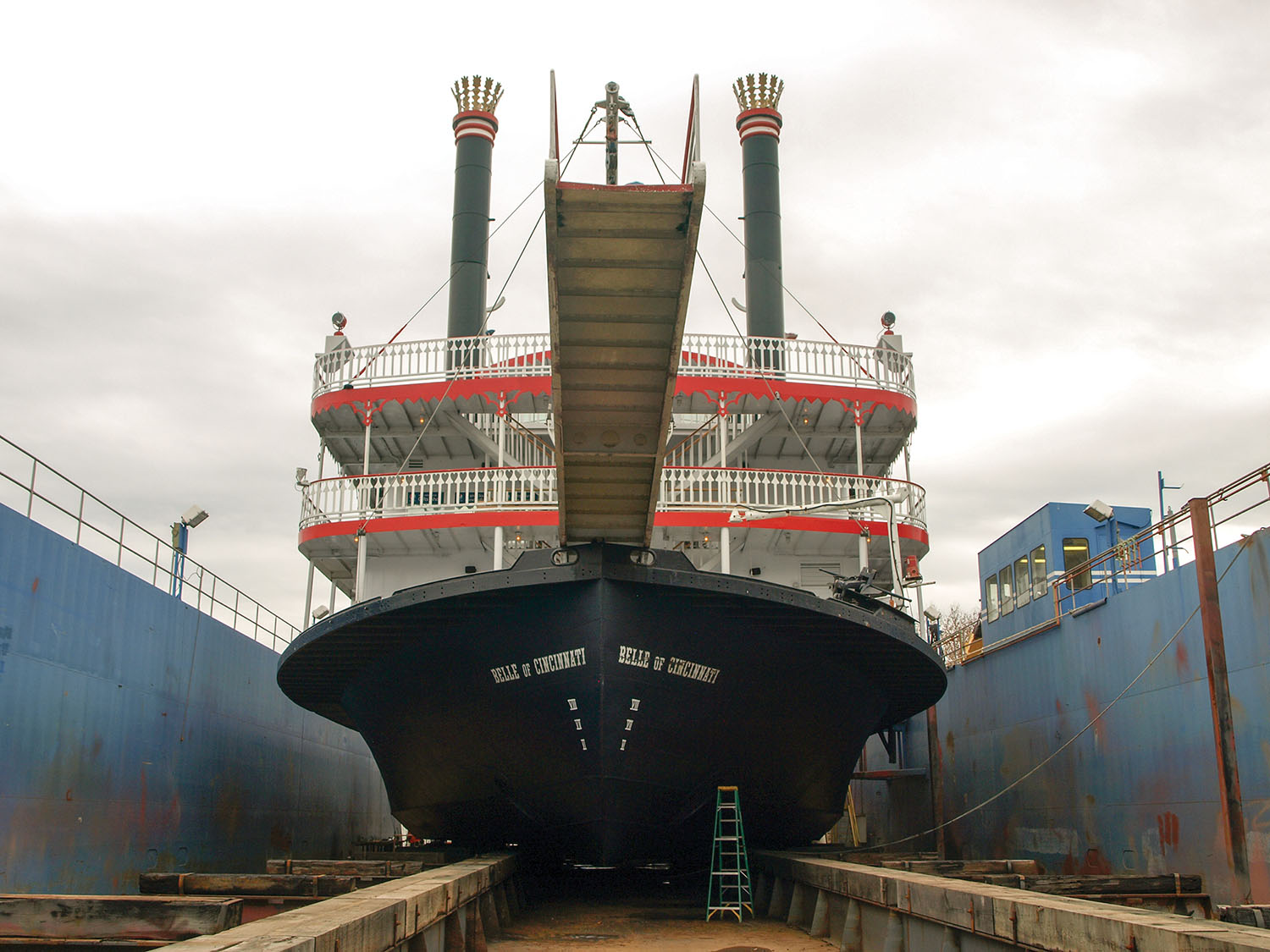 O-Kan Marine Repair operations have remained busy in the year and a half since they were taken over by Amherst Madison, says Amherst CEO Charles T. Jones.

“The integration of the O-Kan Marine operations into Amherst Madison’s marine repair, towing and construction operations has been very complementary,” Jones said.

“All of Amherst’s operations center around the river, the people and equipment that operate on it. Adding the additional capacity, facilities, and most importantly, the people has not only expanded our repair operations but also increased our ability to maintain and repair the equipment of our towing and construction divisions.”

On one recent weekend, the mv. Paula Ruble of Crounse Corporation was about to return to operation, while the Belle of Cincinnati was in drydock for its five-year inspection and Amherst’s own mv. Alan P. Hall was in drydock for upgrades.

“The most significant point is that we have the capacity to drydock any size boat or barge that regularly transits the Ohio River. Our marine repair facility located at Mile 266 on the Ohio River is also equipped with a full-service fabrication and machine shop to provide any service needed to keep industry rolling. From sweeping barges to building a new tailshaft in our largest lathe (40 feet between centers), our skilled staff is capable of all phases of repair and new construction.”

The integration of the O-Kan operations at Gallipolis, Ohio, have not diminished the importance of Amherst’s operations about a mile away on the Kanawha River, Jones said.

“Amherst Madison’s diesel engine repair facility, fuel storage barge, harbor boat service, secure tank barge fleet and vessel fleeting areas located at the mouth of the Kanawha River will remain as is and available for our customers and our own equipment,” Jones said.

“Being conveniently located in an area that experiences much less current and ease of accessibility, this improves efficiency and safety for customers and our own crews equally. In addition, we also have multiple fleets available for use on the Ohio River.”

Caption for photo: The Belle of Cincinnati was recently on O-Kan Marine Repair’s 240- by 80-foot drydock for its five-year inspection. (Photo by Jim Ross)