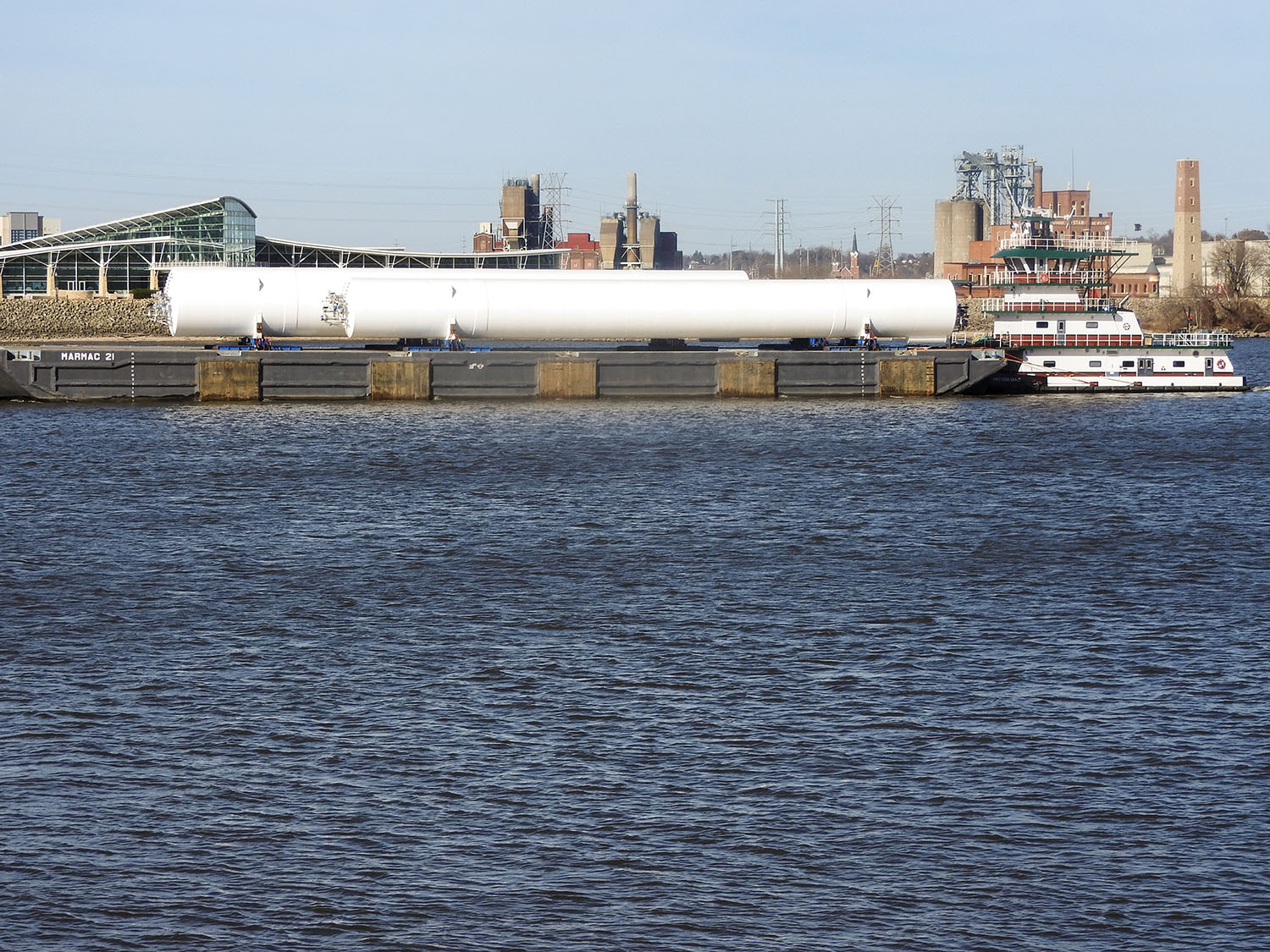 According to Brad Cheramie, head of sales at McDonough, the pieces were part of a five-part total shipment of eight fuel tanks for the launch facility at Cape Canaveral. Overall logistics were handled by Hansa Meyer Global Transport. The shipment took place in late November. “We were fortunate to get out before the end of navigation season,” said Cheramie.

McDonough Marine Service is a project cargo specialist with a large fleet of barges engineered and constructed to transport heavy and concentrated cargo loads. The barges range from 150 feet to 400 feet in length, with designed deck strengths able to take loads up to 4000 pounds per square foot