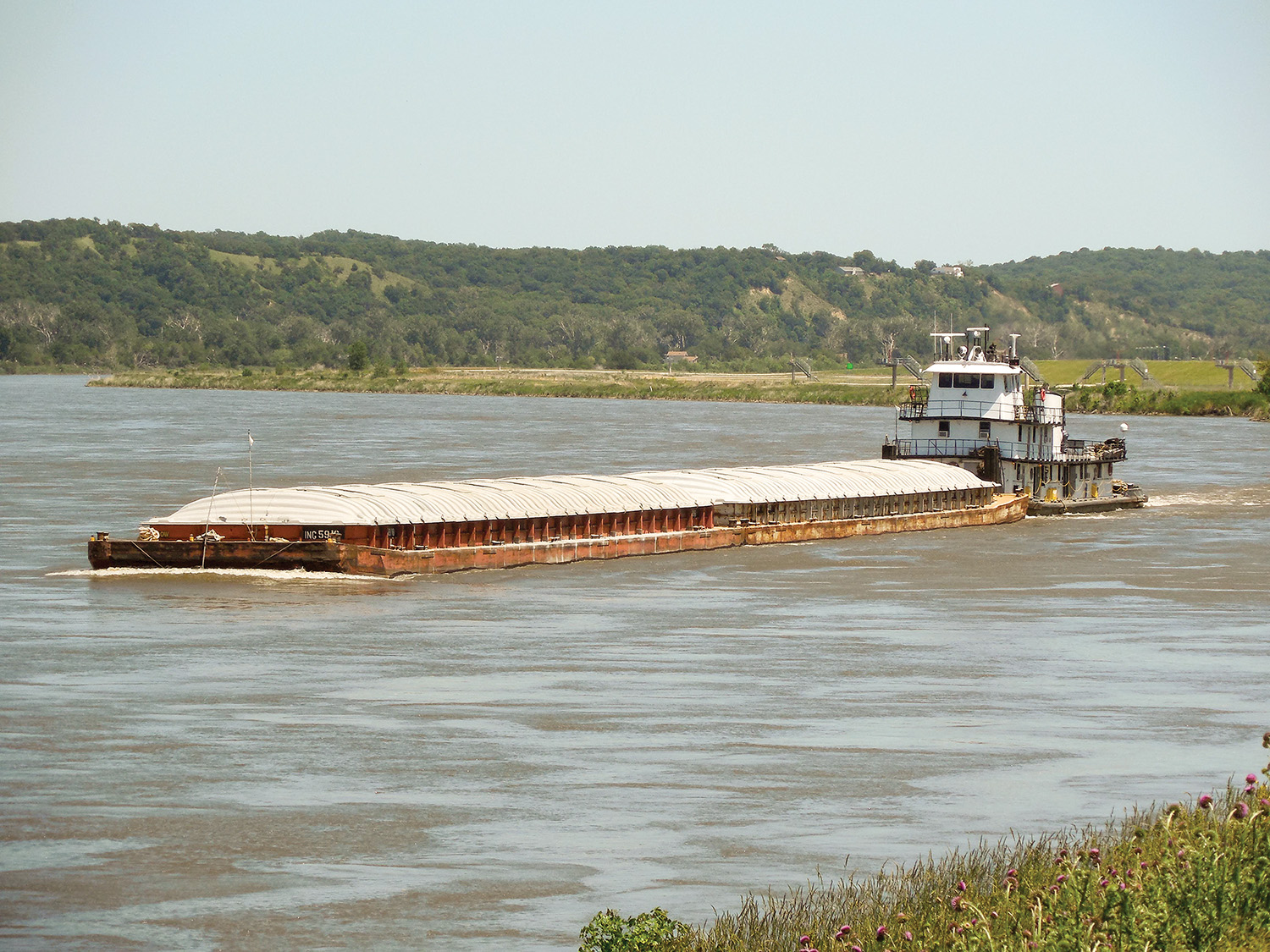 After a lull of many years, barges are again running cement between Kansas City, Mo., and Omaha, Neb. On December 1, the mv. Smitty departed Omaha after offloading the final loads of the season.

Beginning June 5, Central Plains Cement barged dry cement from its plant below Kansas City at Sugar Creek, Mo., at Mile 355 of the Missouri River, to its terminal at Omaha at Mile 624.

River Marine Enterprises of Paducah, Ky., handled the moves. The mv.  Sarah B delivered the first tow of cement to Omaha on June 5

To facilitate the moves, the former LaFarge facility at Sugar Creek was updated, while the existing river structures at Omaha were removed and a new multi-million-dollar state-of-the-art dock was constructed.

Throughout the 2017 Missouri River navigation season, some 75,000 tons of cement were barged from Sugar Creek to Omaha.

Thanks to the efforts of the Corps of Engineers to maintain the dikes and training structures, the Missouri River was in excellent shape, and captains reported no navigational issues throughout the season.

John LaRandeau, a now-retired civil engineer with the Northwestern Division Omaha Office, who took the accompanying picture of the Sarah B, told The Waterways Journal that “the Missouri river is in about as good a shape as it’s ever been. It’s been ‘normal’—no floods and no droughts. I think it’s been a very successful year.”