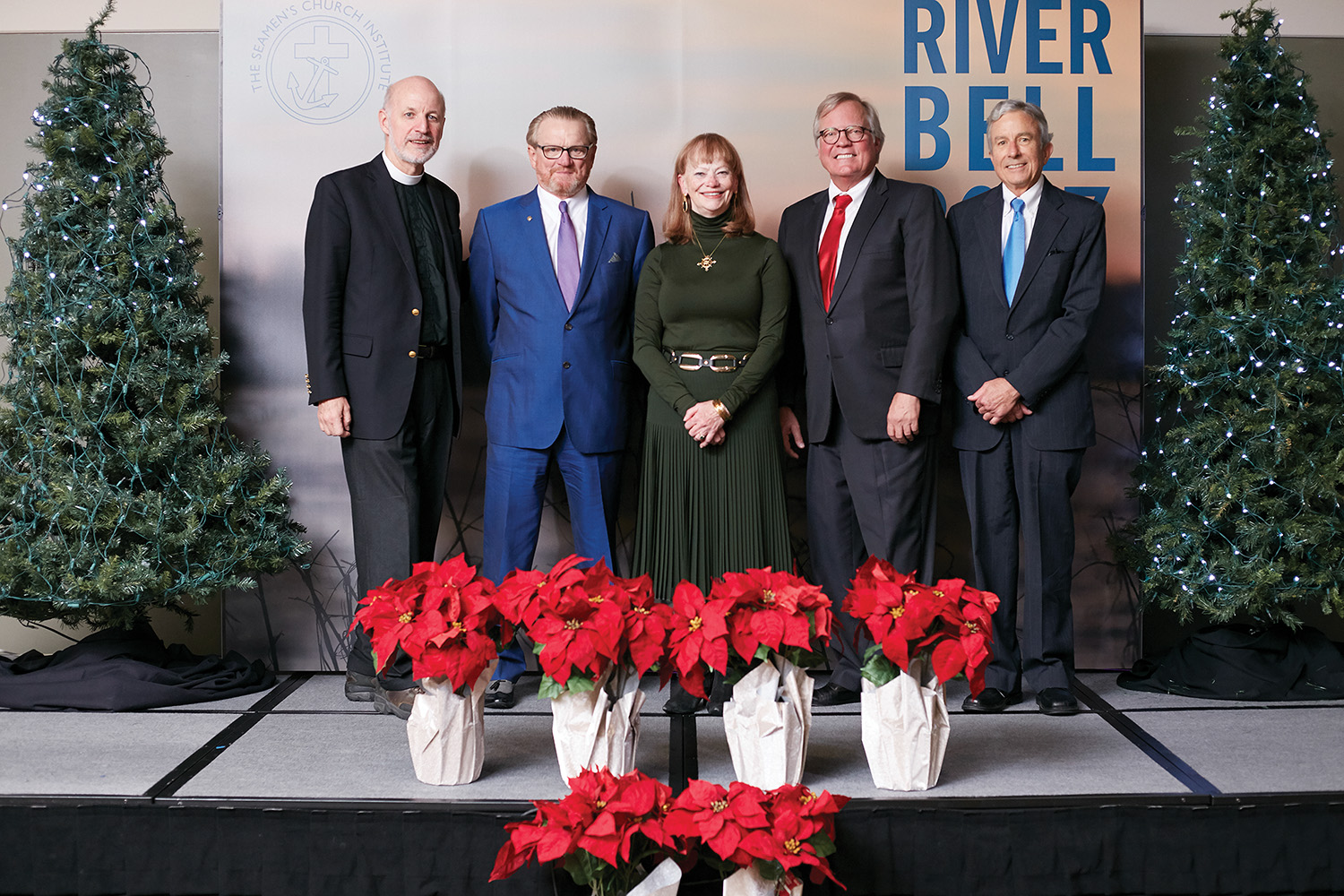 By way of introducing Farley, Dennis Steger of Baytown, Texas, president of Channel Shipyard, noted the hard-working, down-to-earth attitude the River Bell winner had throughout his career. “Jim never used the word ‘I’; he always spoke of the team,” Steger said, adding, “He knows every facet of this industry, and he knows it’s the men and women who keep the industry going. Jim is proud to be called a riverman.”

In his acceptance speech, Farley said he felt “immensely lucky” to be a part of the maritime industry. He paid tribute to his wife, Linda, and talked of his career, “so full of fun, drama and characters.”

“I stumbled into this industry in 1974 because I was dead broke after graduate school, needed a job and badly wanted to live in New Orleans. My older brother played YMCA basketball with Dennis (Steger), who was working for Ingram Barge at the time. They needed a dispatcher and I needed a job and so, as a result of that outstanding career plan, here I stand 43 years later.”

After Ingram Barge, he started his own small barge line, and then moved on to hold senior management positions in logistics, sales and operations for various companies including American Commercial Barge Line and Kirby Corporation. He was executive vice president of operations of Kirby Inland Marine, and when Kirby entered the offshore business, he was named president of Kirby Offshore Marine.

He credited the American mariner—that “hardworking, selfless, maddening, fantastic crew”—with providing him “an education in life, courage, and relentless determination.” As he closed, he said, “I and everyone here owe this long line of towboaters a debt of gratitude that can never be fully repaid.”

“(Cherrie Felder) is truly a tireless industry volunteer and servant,” said Rick Calhoun, retired president of Cargo Carriers, in his introduction of the Distinguished Service Award honoree. She is “bright and bold, with a great sense of humor,” he said.

Felder, accepting the award, attributed her entrance into the maritime world to “serendipity.” She didn’t have any fixed idea for a career path, but after a couple of jobs, a role in the inland river industry was suggested to her, and she was immediately fascinated, learning all she could, she said.

She began her maritime career as marine division traffic manager with Torco Oil Company, followed by two years at Riverside Ventures as canal traffic manager. From there, she worked as manager of government affairs, sales and risk for Marine Inland Transportation Company, then marketing representative for Blessey Marine Services. She is currently vice president of Channel Shipyard, where she has spent the last 17 years, responsible for governmental and legislative action, and has served as an officer or board member of just about every industry trade association.

Felder said she has the utmost respect for the men and women working on towboats. She is excited to see young people stepping up to take their place in the industry, and pleased to see new initiatives to support and encourage women in maritime operations. Thirty years ago, when she started, she was often the only woman in the room, but she observed that times have changed and that’s a very positive thing.

“I am truly the luckiest person I know, to have the opportunity to work in this wonderful industry” Felder concluded. “Life should not be measured by how many breaths we take, but by what takes our breath away. Receiving this award takes my breath away, and I accept it with sincere gratitude and complete joy.”

“Scott is an absolute gentleman, kind and humble,” said Tony Greer of Pine Bluff Sand & Gravel Company in his introduction of McGeorge for the Lifetime Achievement Award. “And he is a superb advocate for our inland river community.”

McGeorge, the third-generation owner of Pine Bluff Sand & Gravel Company succeeded his father as president of the 104-year-old company and passed on his mantle to the fourth generation recently, remaining as senior vice president and chairman of the board. A veteran of the U.S. Coast Guard, whose duty included patrolling the coast of Vietnam from Cambodia to the DMZ, McGeorge has grown Pine Bluff Sand & Gravel during his tenure to include Jeffrey Sand Company, Cranford Construction Company, Cumberland River Quarry, Pine Bluff Materials, and Hunter Marine Sand Operations & Marine Terminal. The company also expanded its fleet to include three 6,000 hp. towboats.

McGeorge mostly recognized his team, though, saying, “I work with outstanding people who work safe, smart, and hard.” He talked about the journey toward a better safety record that Pine Bluff Sand & Gravel has undertaken, and of his pride at the improvements that have been made. The company’s marine division has operated over two and a half years without a lost time incident, he said.

David Grzebinksi of Kirby Corporation introduced the award for Shell Trading (US) Company, describing Shell as “a company that has helped raise the bar on safety.” He pointed out that Shell’s hard work in addressing all things safety-related benefit the whole industry, even, arguably, Shell’s competitors. Grzebinksi went on to say Capt. Tim Downs, Shell’s shipping and maritime executive for the Americas who accepted the award, “is passionate about our industry and passionate about safety. He embodies Shell’s leadership in safety.”

Downs commented on the vast improvements in Shell’s safety record over recent years, elaborating on Shell’s “Goal Zero Hero” program, which focuses on intervention. “It’s all about getting folks back from ships or towboats in the same condition as they left,” he said.

Prior to the ceremony, the U.S. Coast Guard presented the Coast Guard Public Service Commendation to two SCI employees, Kelly Butts and William (Buck) Viniard, each of whom have served SCI for 20 years. Also, during the proceedings, Mark Knoy of American Commercial Barge Line spoke about SCI’s new suicide intervention initiatives, including the two-day Applied Suicide Intervention Skills Training (ASIST) courses offered by SCI. And to conclude, SCI president and executive director, the Rev. David M. Rider, expressed his appreciation for David Dewey, one of the instructors at SCI’s Center for Maritime Education in Paducah, who is soon to retire.

More photos from the River Bell Awards Ceremony are below: 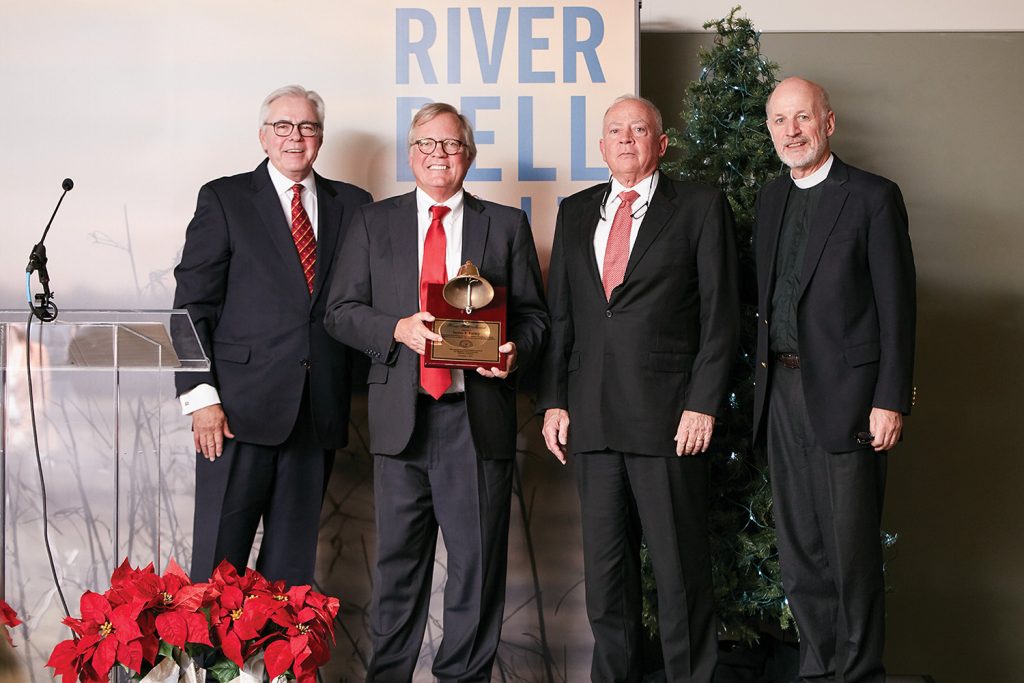 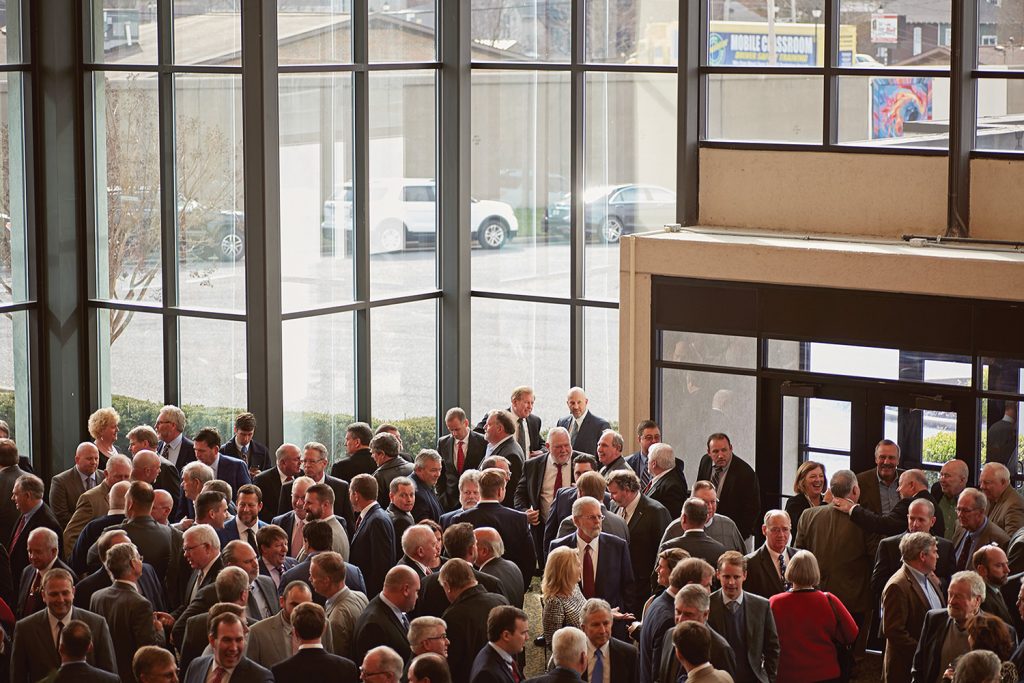 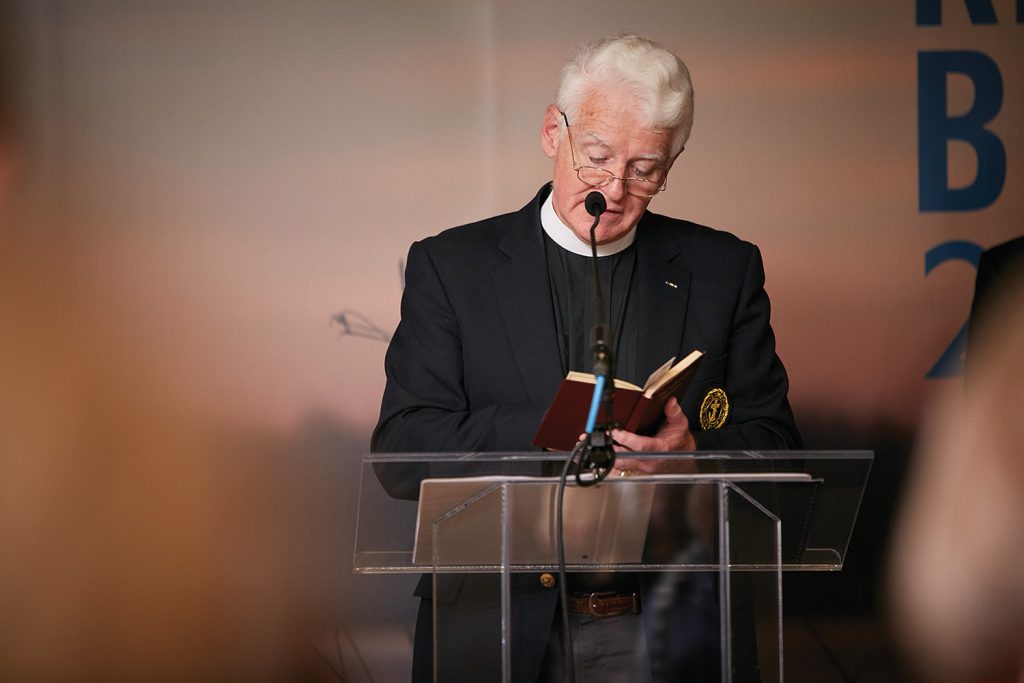 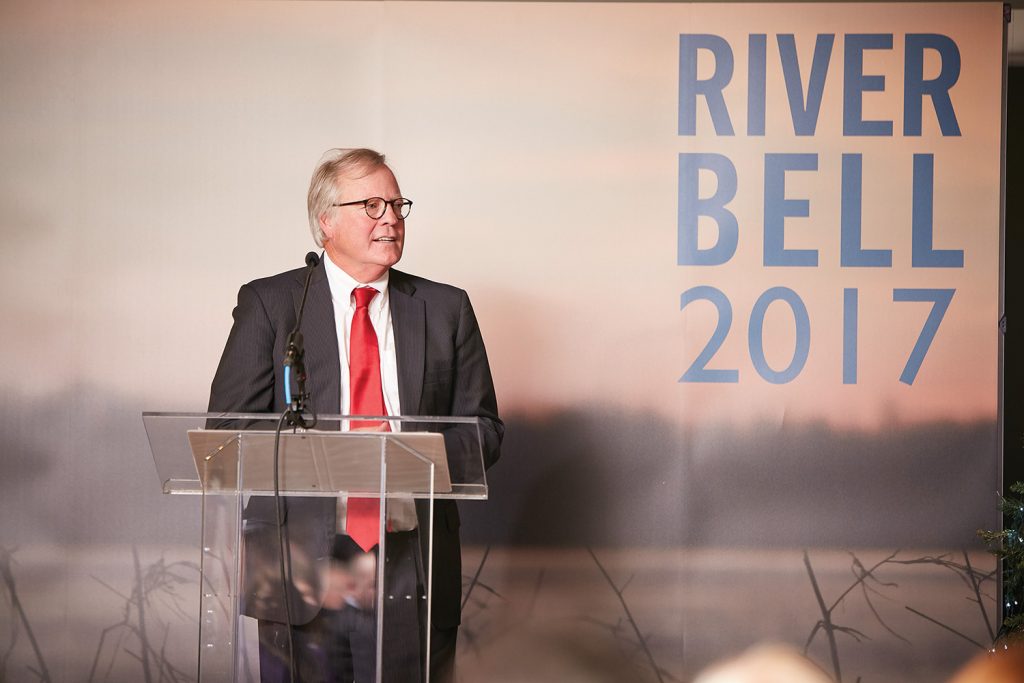 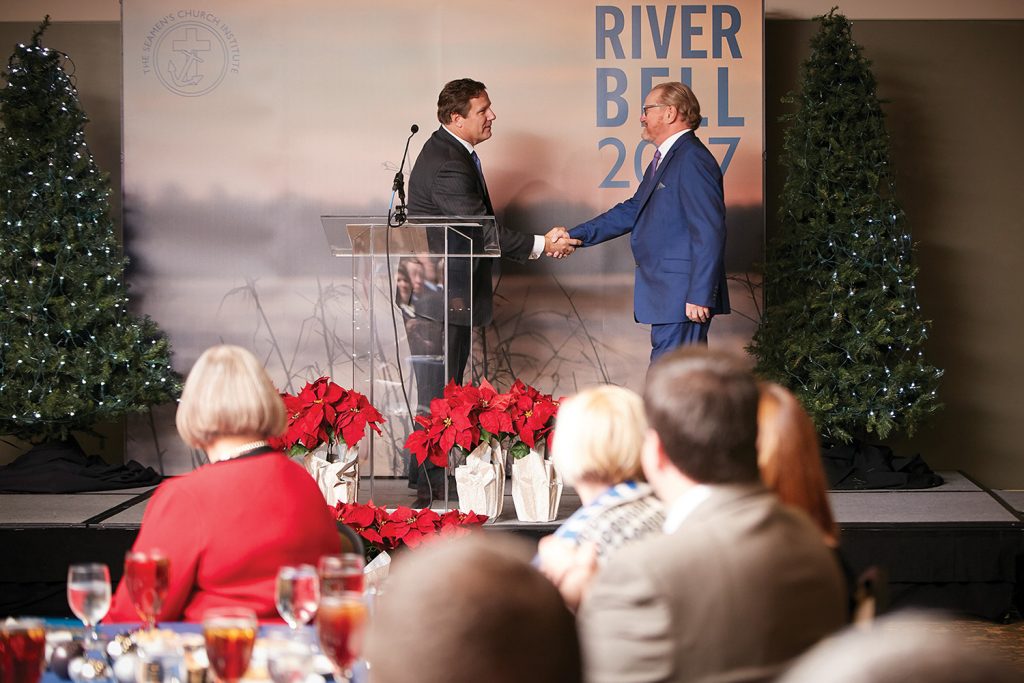 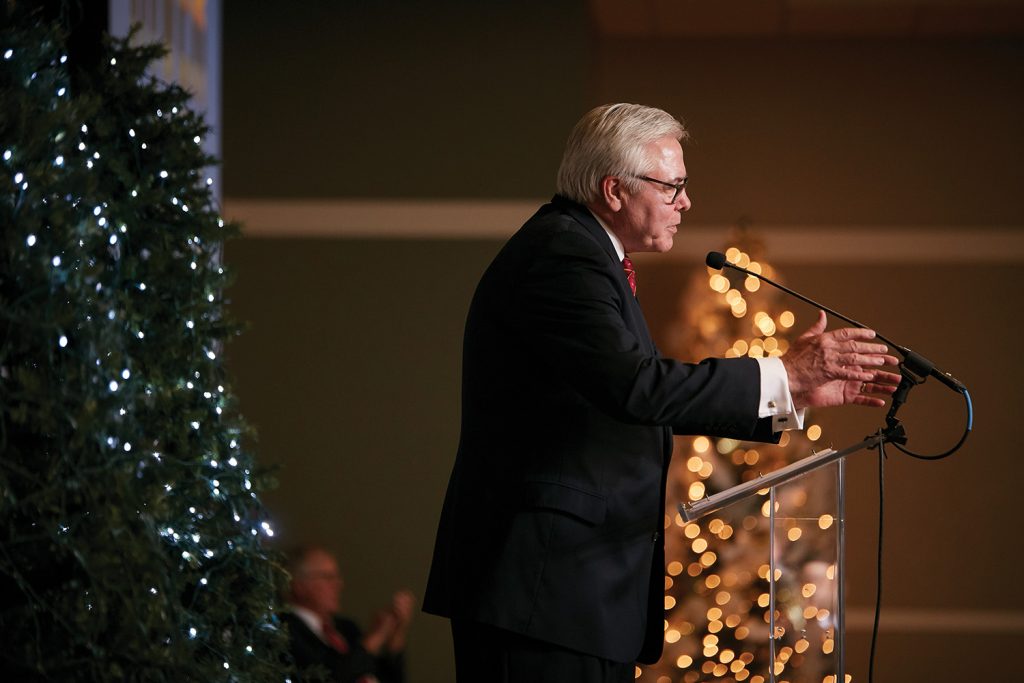 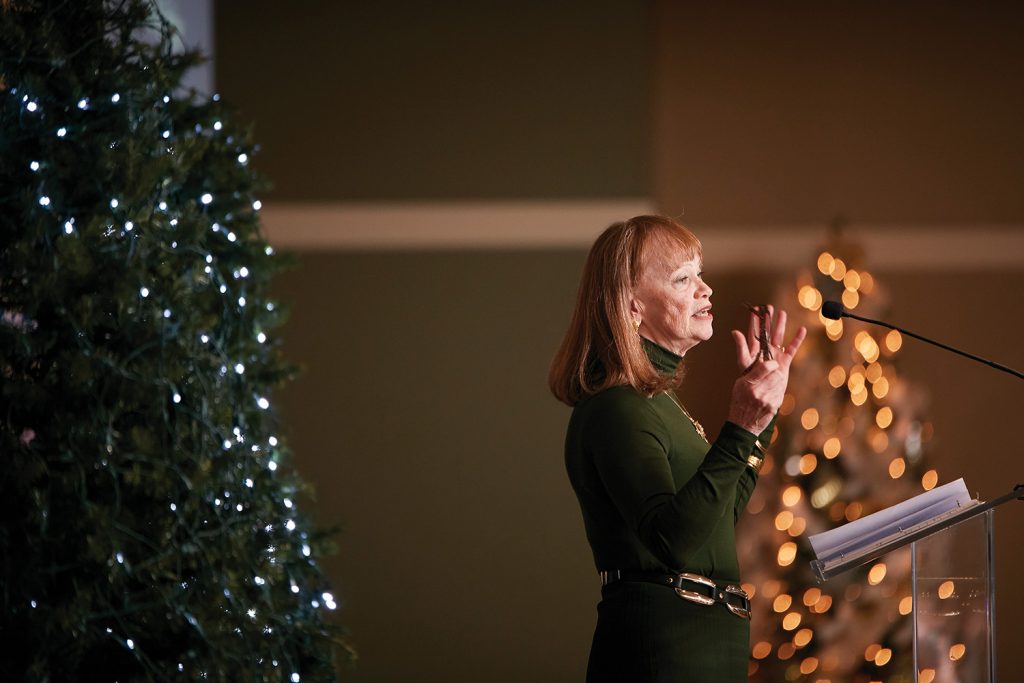 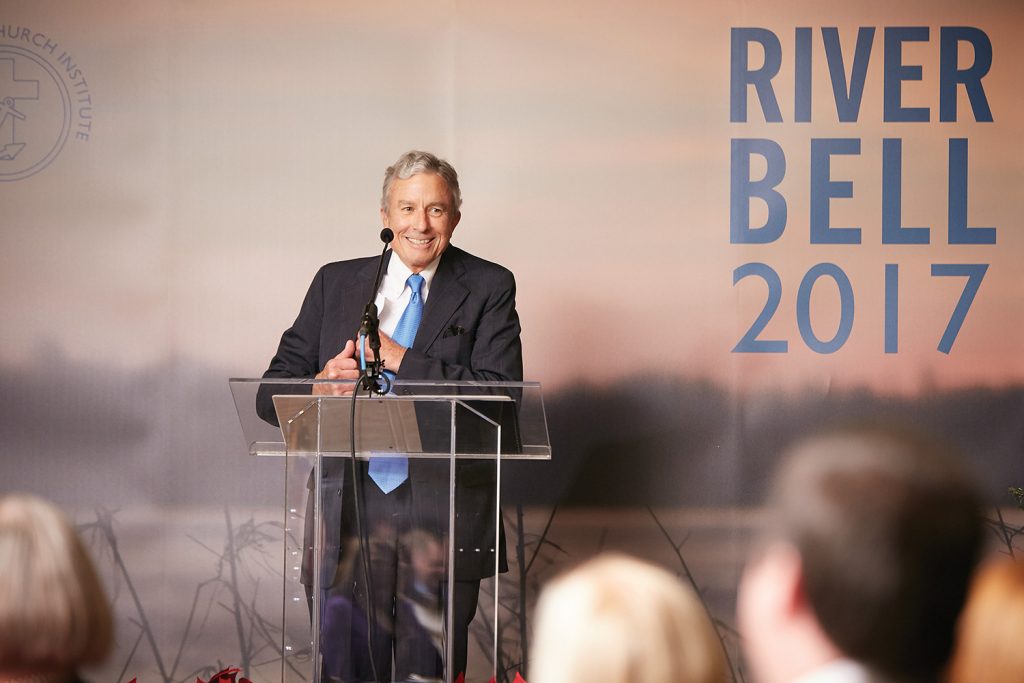 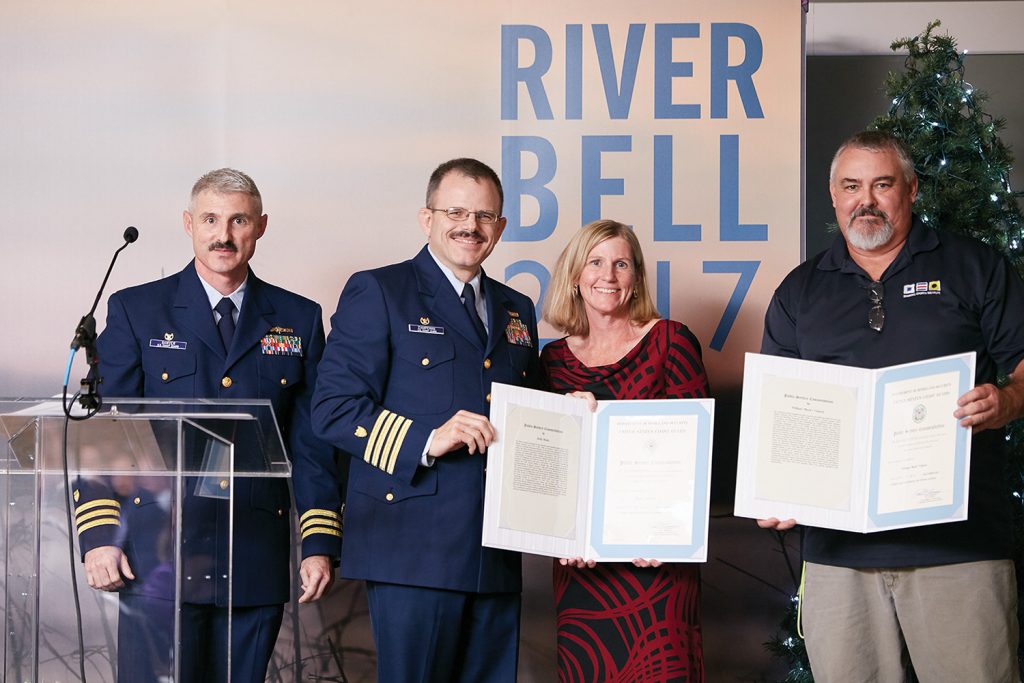 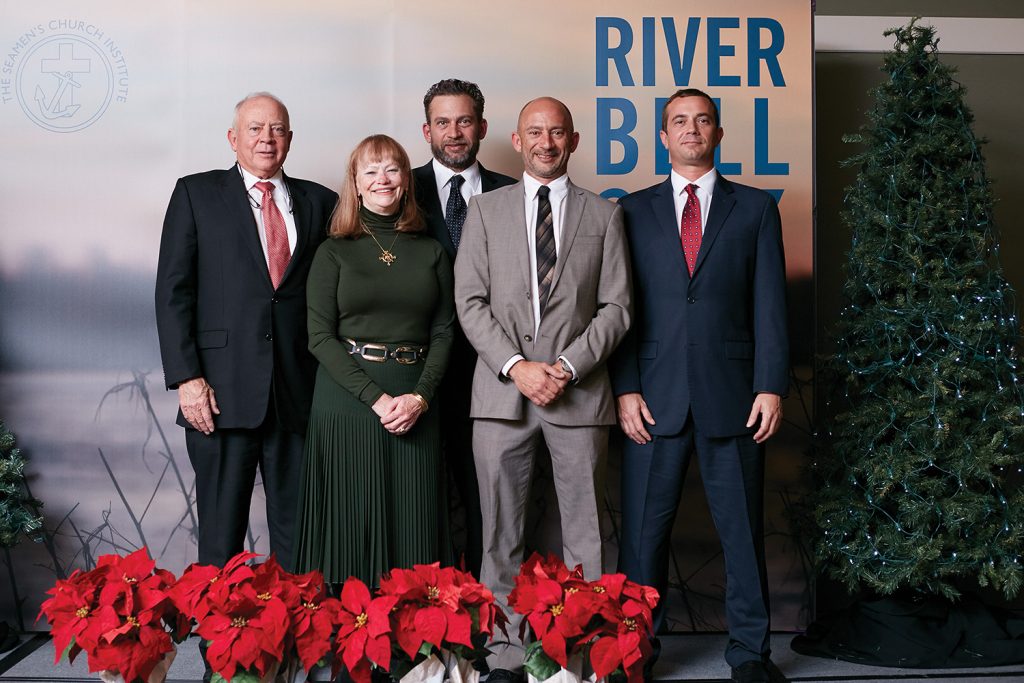 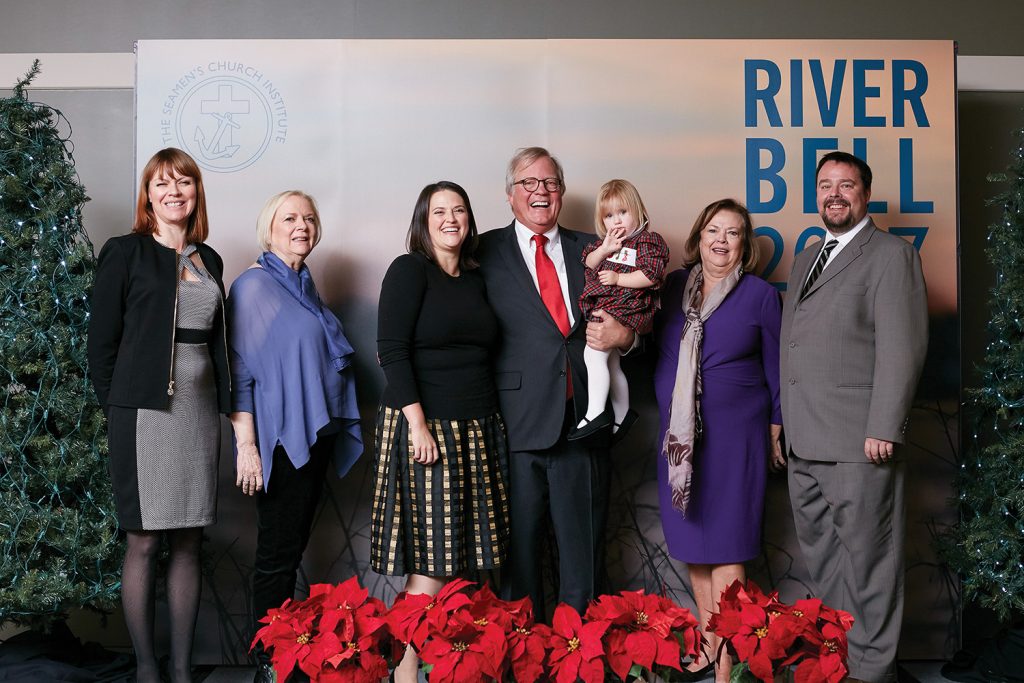 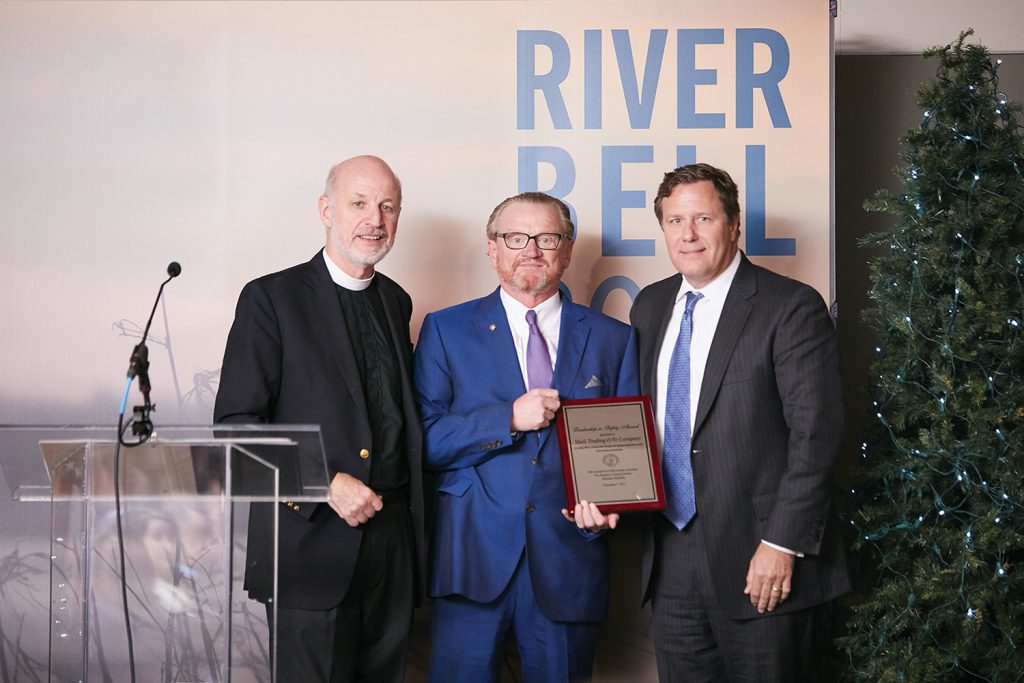 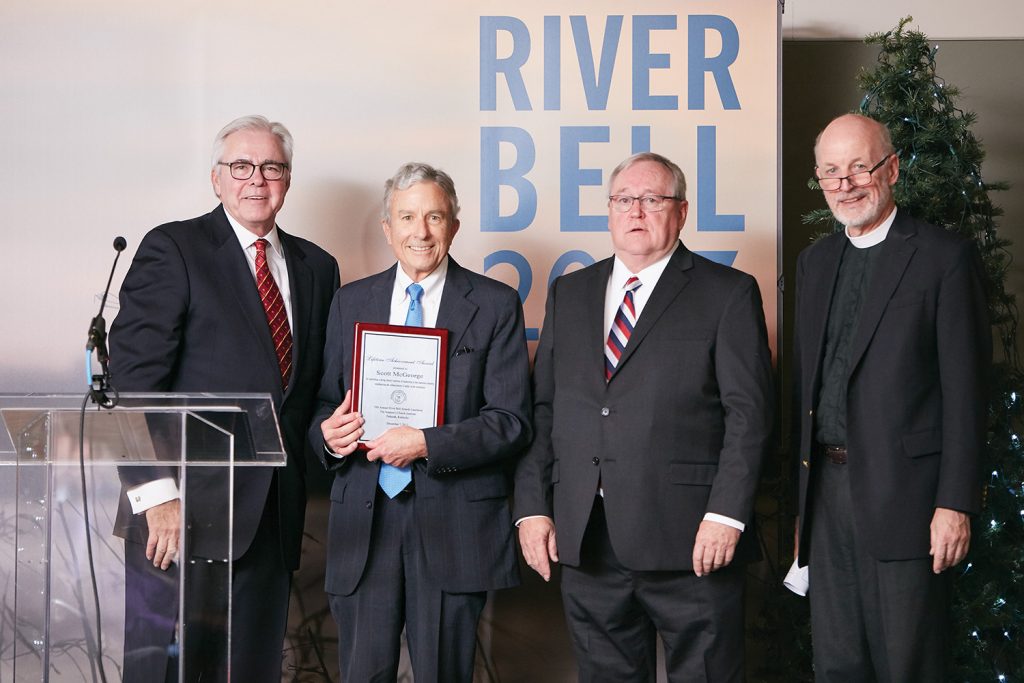 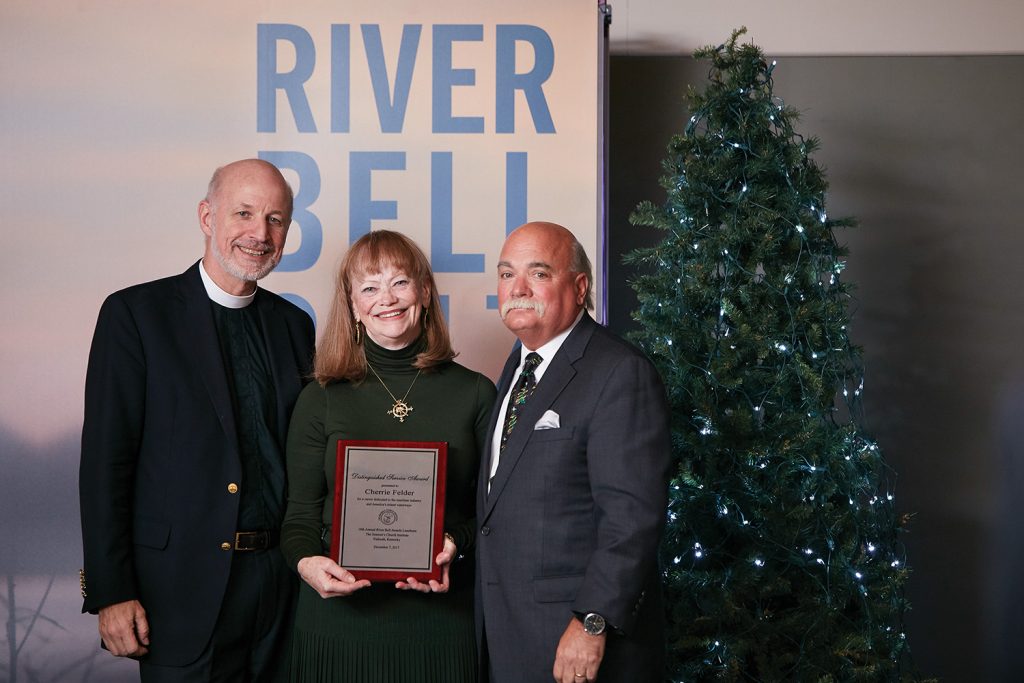 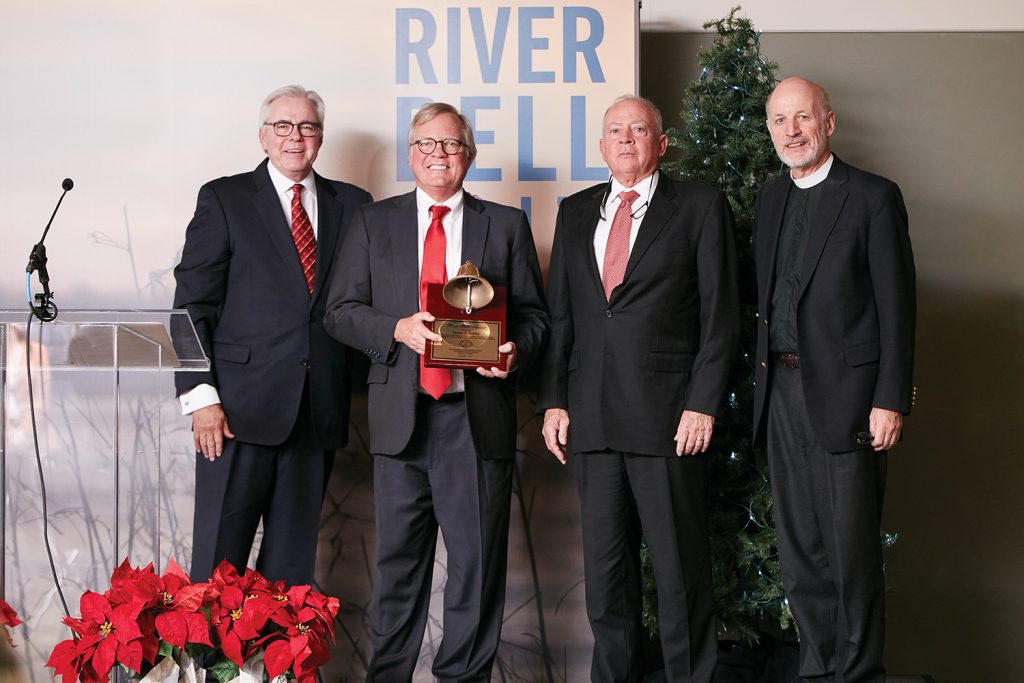