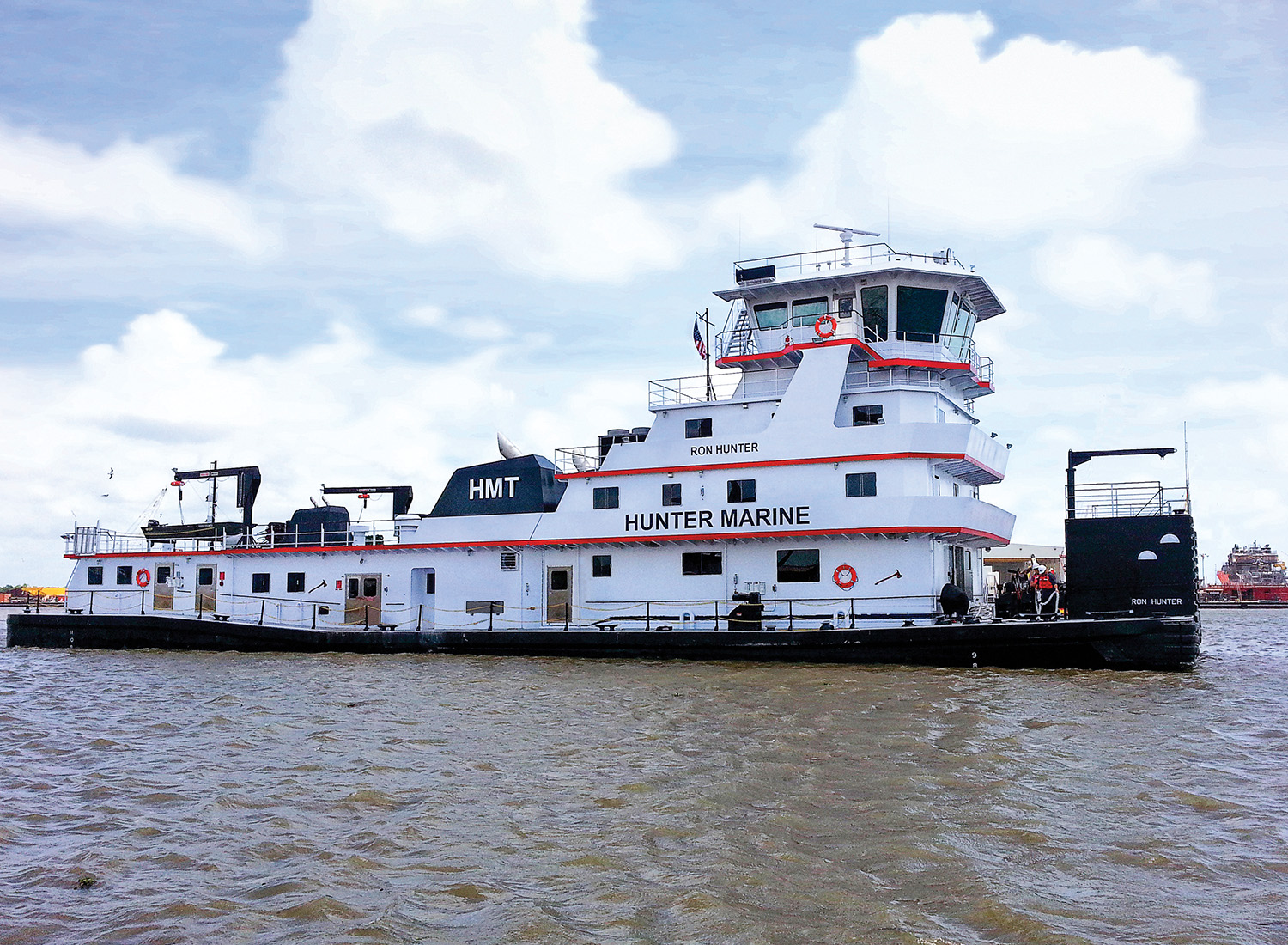 Hunter Marine Transport Inc. and Hines Furlong Line Inc., both of Nashville, Tenn., announced on January 2 they have entered into an agreement for Hunter to sell its inland marine transportation operation to Hines Furlong Line.

Hunter Marine owns and operates more than a dozen inland towboats used for towing dry and liquid cargo barges on the inland waterways. The company is a premier carrier on the Ohio, Mississippi, Illinois, Cumberland and Tennessee rivers. Its corporate office is based in Nashville and includes a vessel operations center in Paducah, Ky., and barge mooring fleets in both Nashville and Clarksville, Tenn.

Kent Furlong, owner of Hines Furlong Line, will remain president of the firm.

The two companies share a deep rooted and long-term relationship and are both family-owned companies. Kent Furlong said he has enjoyed a close relationship with Hunter Marine and admires the company whose late founder and president Ron Hunter has built.

“My initial encounter with Hunter Marine was 17 years ago when I was employed as deckhand aboard one of the company’s vessels,” he said. “Fast forward seven years later and I became friends and subsequently business partners with Ron Hunter. After many years of involvement with Hunter Marine, I am extremely pleased and grateful to enter into this purchase. This opportunity allows me to continue with Ron’s vision and life’s work. I am humbled and extremely fortunate to have all of the dedicated and talented Hunter employees joining me on this endeavor.”

With the acquisition of the Hunter Marine assets, Hines Furlong Line emerges as a more diverse company with a further reach and broader offerings for its customers, the company said in the announcement. These offerings include barge towing and fleeting, fully found towboat charters, and barge leasing.

Hines Furlong Line was founded in 2004 by Kent Furlong. Furlong is part of the fifth generation in his family to endeavor in the river transportation business. The first generation in the family lineage of rivermen got their start in the business over 140 years ago running steam-powered packet boats on the Green and Barren rivers in Kentucky and on the Ohio River.

Prior to this acquisition, Hines Furlong was focused on the leasing of inland tank barges and other inland barges and vessels. The company owns more than 60 inland tank barges with an average age of five years and a combined loaded capacity of approximately 1.7 million barrels or 70 million gallons.