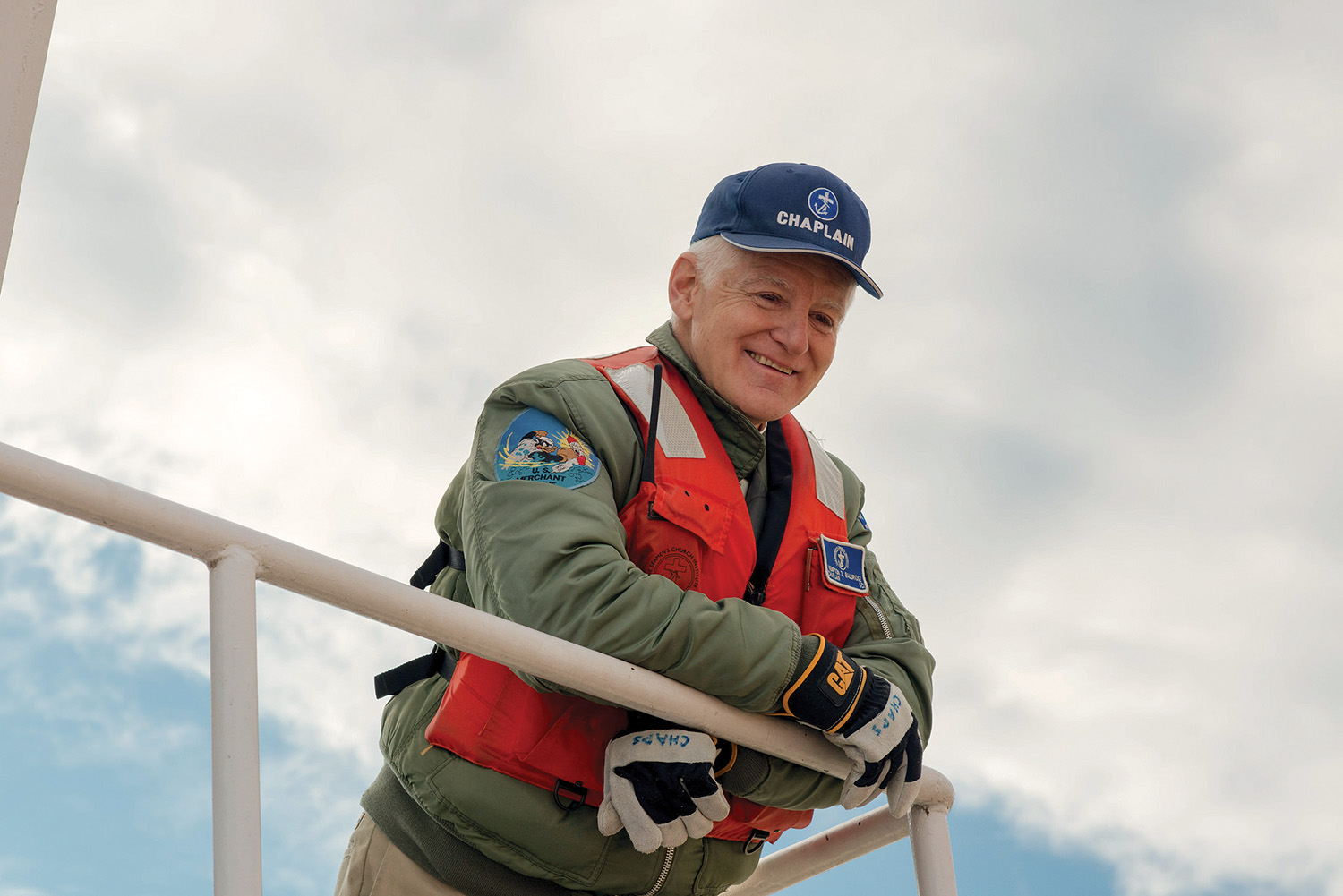 The year 2018 welcomes a new phase for the Seamen’s Church Institute’s (SCI) Ministry on the Rivers and Gulf, as Chaplain Kempton Baldridge is promoted to senior river chaplain. Baldridge joined SCI as a chaplain for the upper Ohio River system in 2010, and has served mariners ever since.

Since his arrival, he has coordinated all aspects of SCI’s shipboard outreach to crews of professional mariners operating on the Ohio, Illinois, Tennessee, Cumberland, Kanawha, Upper Mississippi and Lower Mississippi rivers; served as a 24/7 pastoral crisis responder to the river industry; and trained in and offered critical incident stress management (CISM) interventions.

In his new position, Baldridge will oversee SCI’s chaplaincy throughout the inland rivers and Gulf, training and managing a growing cohort of river chaplain associates, while continuing his own role as an active SCI chaplain.

A rising demand for SCI’s services has seen an increase in the number of river chaplain associates who serve the organization. This is a non-stipendiary team of ordained clergy, who give their time and effort to SCI’s ministry when required. Some have a maritime or military background, and some do not, but all are trained to the highest standards, and operate on behalf of SCI when deployed. Having a team of river chaplain associates enables SCI to increase its geographical reach, enhancing its capacity for ministry; going forward, Baldridge will recruit additional associates in the Lower Mississippi and Gulf regions.

After eight years of service to SCI, Michael Nation has resigned his position as the Lower Mississippi River chaplain and Center for Maritime Education business developer, SCI said.

SCI is in advanced conversation with a chaplain who will serve in a full-time capacity along the Lower Mississippi River, Gulf Intracoastal Waterway and Houston Ship Channel beginning in April.