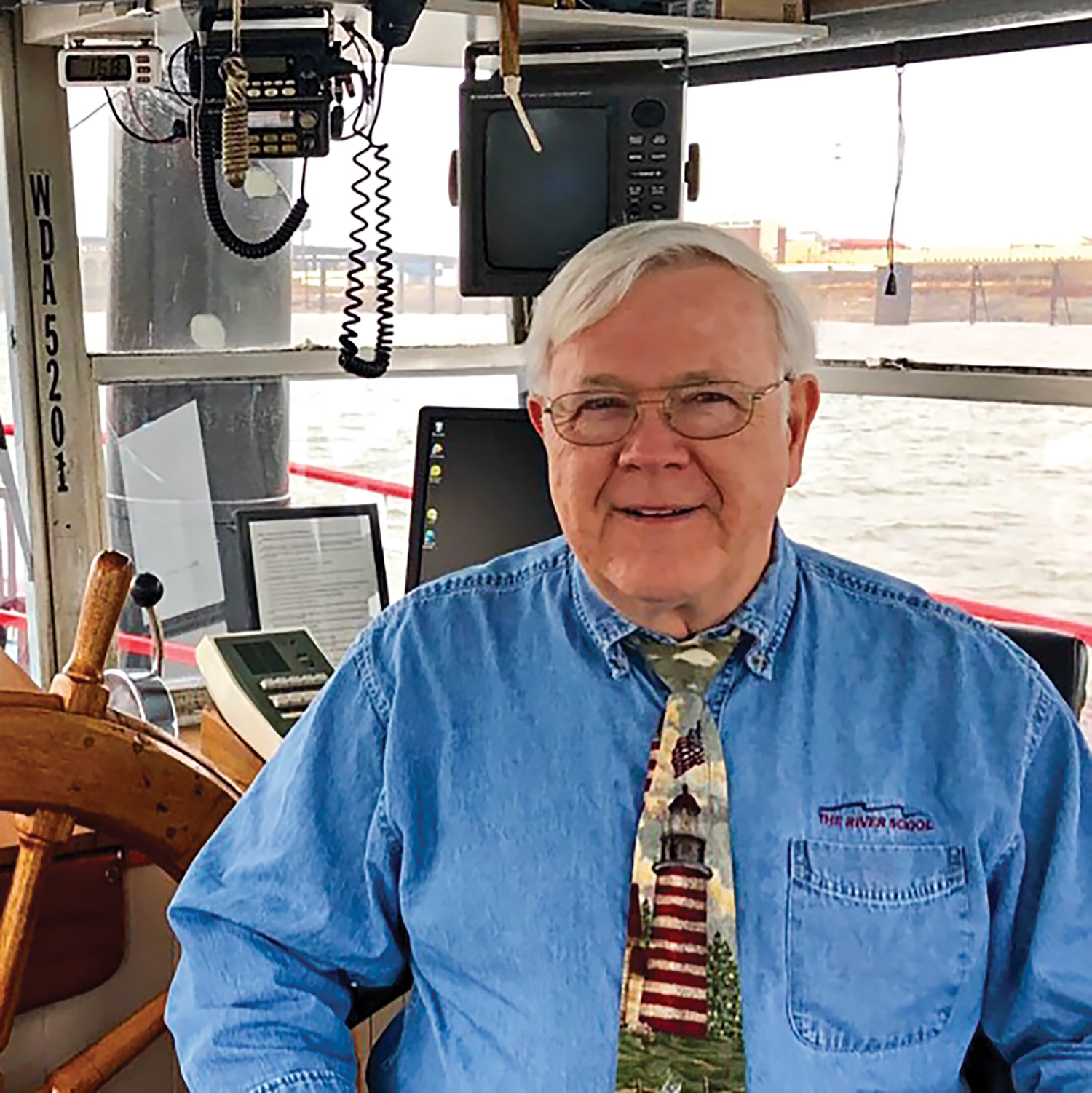 Born and raised in Youngstown, Ohio, William “Bill” Kline has spent most of his life serving the maritime industry in one way or another. Sworn in to the Coast Guard Academy as a cadet just six weeks shy of his 18th birthday, Kline would go on to graduate with a bachelor’s degree in ocean engineering. He was commissioned into the Coast Guard following his graduation from the academy.

Kline’s first assignment was onboard the Coast Guard cutter Sassafras, an ocean-going buoy tender. “I enjoyed the ‘working Coast Guard’ and set my sights on someday becoming the commanding officer of a buoy tender,” said Kline, who did just that—twice.

He first commanded the cutter Redwood, followed by the Bittersweet. After completing his assignment on the Bittersweet, Kline said he was transferred to St. Louis, Mo., in 1989 for an assignment as chief of aids to navigation and waterways management for the Second Coast Guard District. “It was the rough equivalent of a port captain position for the Coast Guard river buoy tender fleet,” he said. “While in that assignment, I was able to attend grad school on nights and weekends to earn an MBA in management.”

Kline said working on brown water was a big adjustment. “It was a new environment,” he said. “New boats, equipment, navigation methods, terminology, and the people and culture were different.” During his assignment in St. Louis, Kline said he saw significant changes occur in the relationship between the river industry and the Coast Guard. “Adversaries learned to work together as partners, and there was a lot less yelling at meetings!”

One of the reasons behind the improved relationship between the Coast Guard and the river industry was in how both sectors dealt with The Great Flood of 1993, said Kline. “[The flood] had a major positive impact on that relationship,” he said, noting that other factors that contributed to the growing relationship included the introduction of new GPS technology and the Sunset Limited accident. “These things sparked a major shift in the Coast Guard’s approach to training, licensing and ultimately, to the inspection of towboats,” he said.”

Kline retired from the Coast Guard in 1994, but his river career wouldn’t end there. He established a small consulting company to assist casino companies in meeting Coast Guard compliance requirements. One special project during that time, said Kline, involved Betty Hutto and The River School in Memphis, Tenn. “The school wanted to establish a radar training program to meet new regulatory requirements,” he said. “This project grew into providing instructors and support for other initiatives, such as the new tankerman license and training requirements.”

In 1997, Hutto decided to retire and relocate. This led Kline and a few others purchased The River School, where he has been ever since. Today, The River School provides license prep, special training and Coast Guard-approved courses to mariners. “I used to spend most of my time in the classroom, but now I find it necessary to spend more time helping our customers deal with the Coast Guard,” he said. “The National Maritime Center (NMC) is certainly more efficient at processing credentials than the old system based upon Regional Exam Centers.”

Kline said this comes at a cost, however. “It does so as far as up-front time and effort on the part of the applicant and/or the marine employer,” he said. “The Operator Uninspected Towing Vessels license was relatively simple to understand and administer. The new system for towing licenses is anything but simple and has become more complicated to administer as the NMC has become more ‘particular’ about the paperwork. Our average student is somewhat bewildered by the demands of the process.”

According to Kline, small companies need help in getting their people qualified, licensed and kept current on the ever-changing requirements in the industry. “Subchapter M compliance is a hot topic with our customers,” he said. “We field questions daily. Although we are not going to become an authorized ‘third party’ and conduct inspections, we have found that small companies who choose the Coast Guard inspection option also need guidance and support. That has already become a new extension of our services at The River School.”

As far as Subchapter M training goes, Kline said the school has developed video training programs to support the Sub M onboard training requirements for fire safety, fall overboard prevention, personal survival skills and river rescue. The school is also working on an app to simplify log and record keeping for the master. “Sub M compliance will be paperwork-intensive,” stressed Kline. “We would like to offer marine firefighting training, but for now, the Coast Guard NMC insists upon live fire rather than simulation, which is prohibitive for us.”

For now, Kline will continue his work at the school, but noted that he’s looking forward to retirement and turning the daily business demands of the school over to new owners. “I would like to keep my hand in and continue to consult—at least for the near future,” he said. “I’m an aviator as well as a mariner. I’m sometimes accused of owning and operating a small business in order to have an excuse to own and operate a plane.”