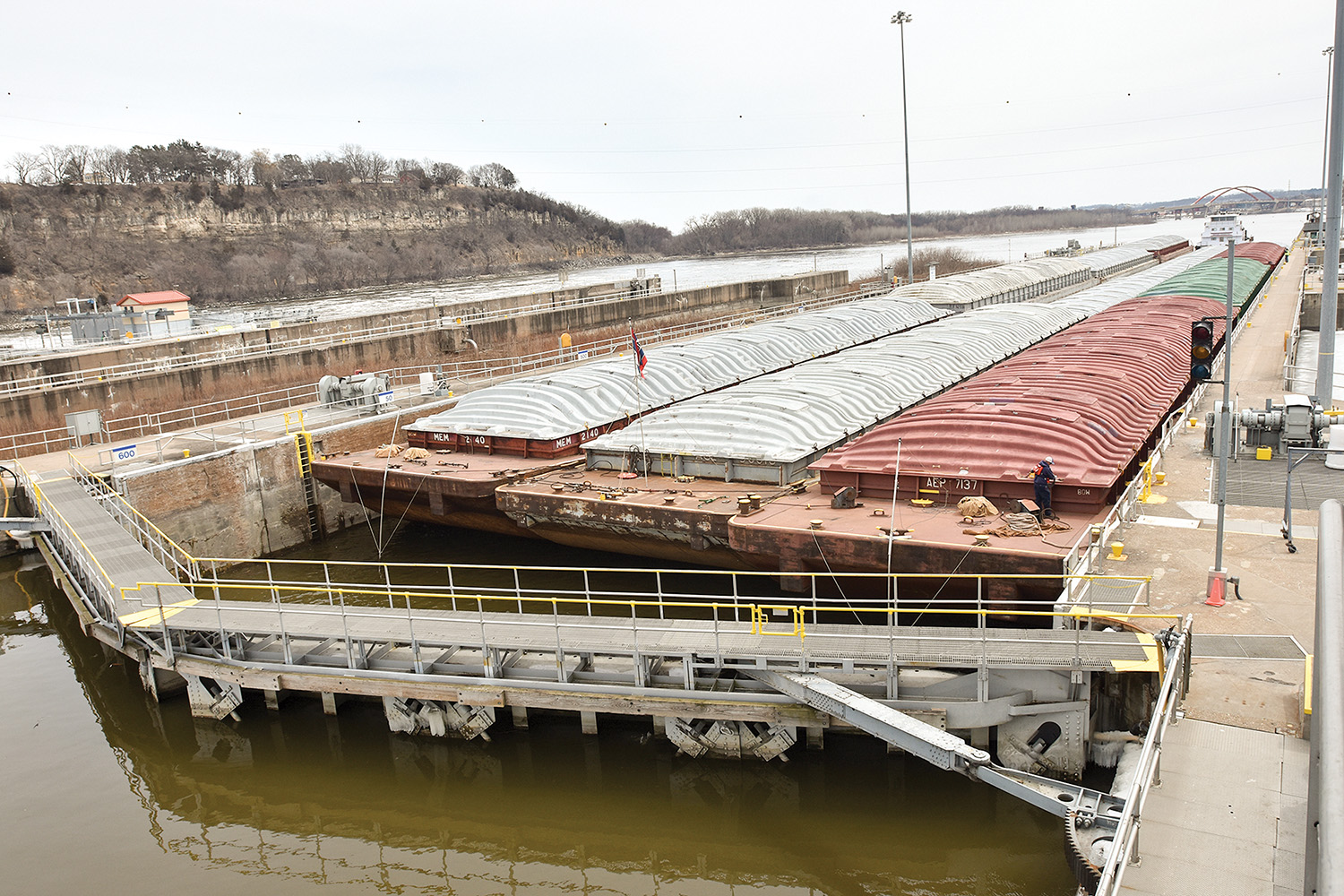 The mv. Michael Poindexter, operated by American Commercial Barge Line LLC, punched a 12-barge tow through the remaining Lake Pepin ice April 10 to open the commercial navigation season on the Upper Mississippi River when it arrived at Lock and Dam 2 on April 11 en route to St. Paul, Minn.

According to George Stringham, a public affairs specialist with the St. Paul Engineer District, this year’s opening of navigation is one of the latest on record. “We consider the first tow to arrive at Lock and Dam 2 as the unofficial start of the navigation season, because it means all of the district’s locks are accessible to commercial and recreational vessels,” Stringham told The Waterways Journal.

Stringham said historic flooding in 2001 delayed the arrival of the first tow until May 11.  He noted that his office’s logs for the first tow only reach back to 1969.

The twin-screw, 6,140 hp. Michael Poindexter was built in 1979 by Jeffboat and was originally named the Bill Carneal. It was repowered in 2002 and renamed in April 2014.