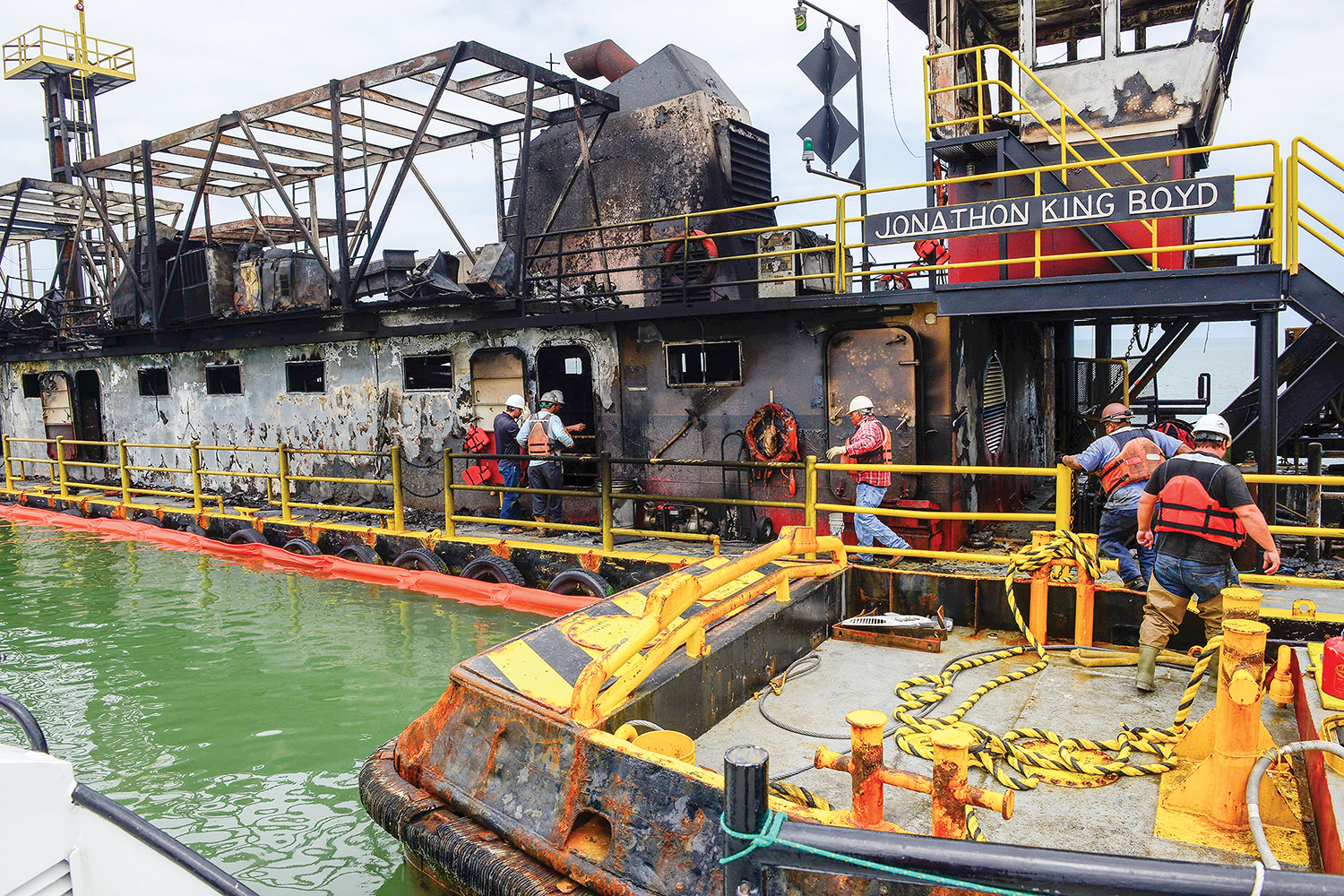 A dredge working in the Gulf Intracoastal Waterway (GIWW) near Matagorda Bay and the Port O’Connor (Texas) Jetties struck a natural gas pipeline April 17, igniting gas from the pipeline and destroying the vessel in the process. According to the U.S. Coast Guard, Genesis Energy owns the pipeline.

Ten crew members from the dredge Jonathon King Boyd, which is owned by Port Lavaca, Texas-based RLB Contracting Inc., safely made it off the vessel and onto the tug First State, which was in the area at the time of the explosion.

Coast Guard Sector/Air Station Corpus Christi, which dispatched an HC-144 Ocean Sentry aircrew, an MH-65 Dolphin helicopter crew and a 29-foot response boat, closed the GIWW between Miles 468 and 474 and the Matagorda Ship Channel from the jetties to seven nautical miles inland as gas from the pipeline continued to burn through April 18.

“We’re very sensitive of the dredge location and ensuring that it remains clean of all vulnerable wildlife areas and Port O’Connor,” said Capt. Tony Hahn, commander of Sector/Air Station Corpus Christi, the morning after the explosion. “Working closely with the Unified Command, our top priority is extinguishing the fire so we may eliminate any threat of pollution to the waterway.”

By the afternoon of April 19, T&T Marine Salvage was working on a plan to remove the dredge from the waterway. By that day, the residual gas in the pipeline had run out, extinguishing the pipeline fire, and divers were on scene preparing to assess the damage and secure and repair the pipeline.

Two days after the initial explosion, the waterway remained closed to navigation.