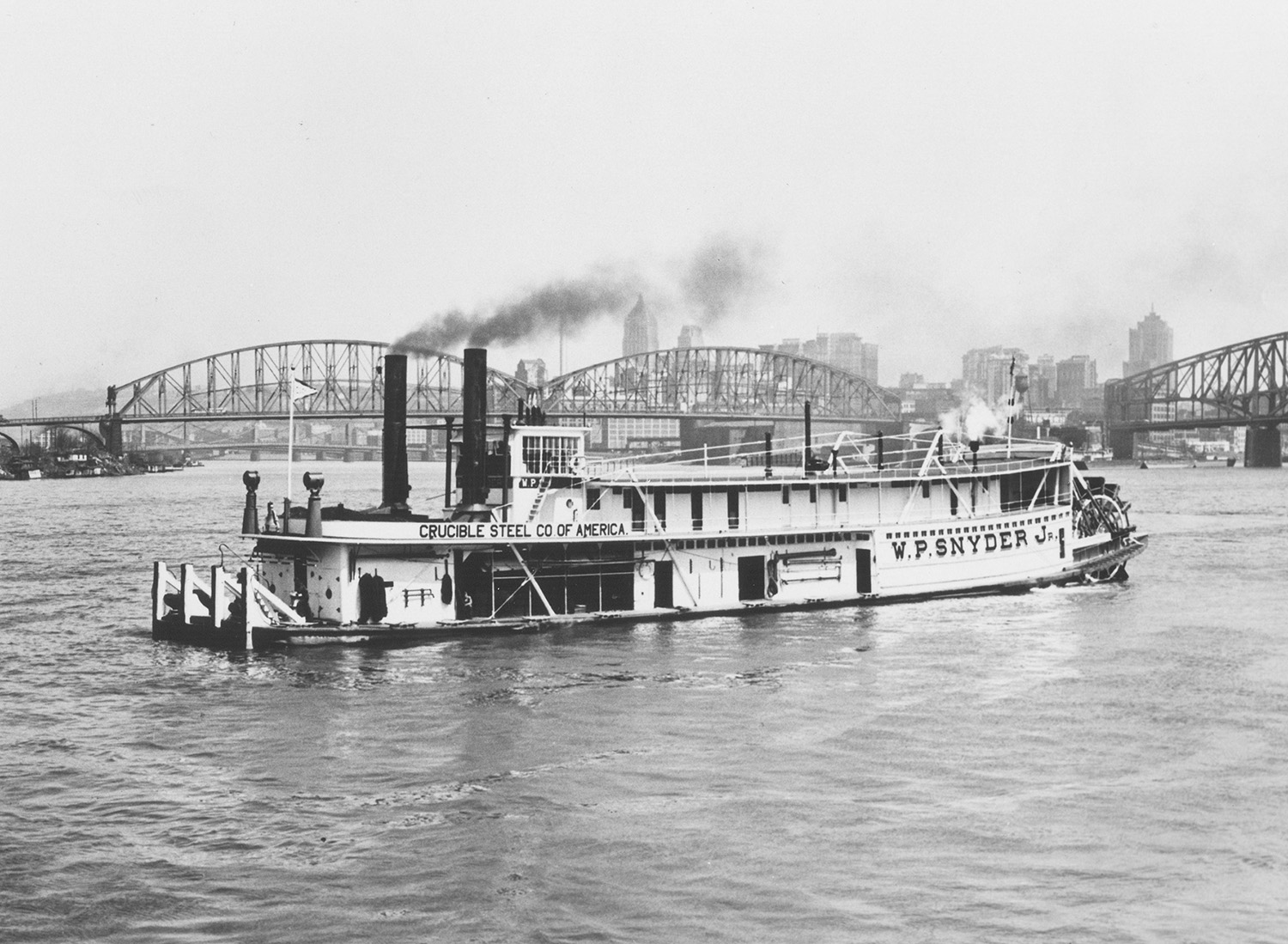 September 14 and 15, 2018, is the 79th annual meeting of the Sons and Daughters of Pioneer Rivermen (S&D). As is the tradition, the group will meet in Marietta, Ohio, at the Lafayette Hotel.

This year also marks the 100th anniversary of the building of the Str. W.P. Snyder Jr. A celebration will be held on the grounds of the Ohio River Museum on Saturday, September 15. Plans are for music, brief remarks, tours of the boat, entertainment and a general good time. The public is most welcome!

S&D’s involvement with Snyder goes back to 1955. S&D was founded in 1939, with its main goal being to create a river museum. That goal was reached in 1941 when the museum opened in the basement of Campus Martius. But S&D still wanted a steamboat.

After World War II, steam was definitely on the wane. By 1955, nearly 200 steamboats had been scrapped. The president of S&D, Capt. Frederick Way Jr., knew that if the dream of having a steamboat for the museum was to come true, they were going to have to hurry. So Capt. Way went to visit William Penn Snyder Jr., president of Crucible Steel, owner of the boat, and also the boat’s namesake. He asked for the donation of the Snyder to the Ohio History Connection as a permanent exhibit; Snyder agreed. Shortly after, the Snyder arrived in Marietta to become the featured exhibit of the Ohio River Museum.

Since that time, the Snyder has undergone several renovations, and over the last several years has had extensive restoration; the Snyder is as good as new. There is also a new exhibit in the museum chronicling its 100-year history from being built as the W.H. Clingerman to today.

If you would also like to be a part of the S&D experience, come early. Friday, September 14, we kick off our weekend with a moonlight excursion on the sternwheel excursion boat Valley Gem from 8 to 10 p.m. On the morning of Saturday, September 15, is our annual business meeting and election of officers and board members. Then, we will go to the River Museum for the 100th birthday party. Saturday evening is our annual banquet at the Lafayette with our featured speaker, Capt. Clarke C. Hawley. “Doc,” as most of us know him, will regale us with stories from his 67 years working on the river. He is truely a gem and we are very lucky to have him speak to us.

It is a busy weekend with lots of fun things in the hopper. Join us and join in the fun!

Note: Jeff Spear is president of the Sons & Daughters of Pioneer Rivermen.