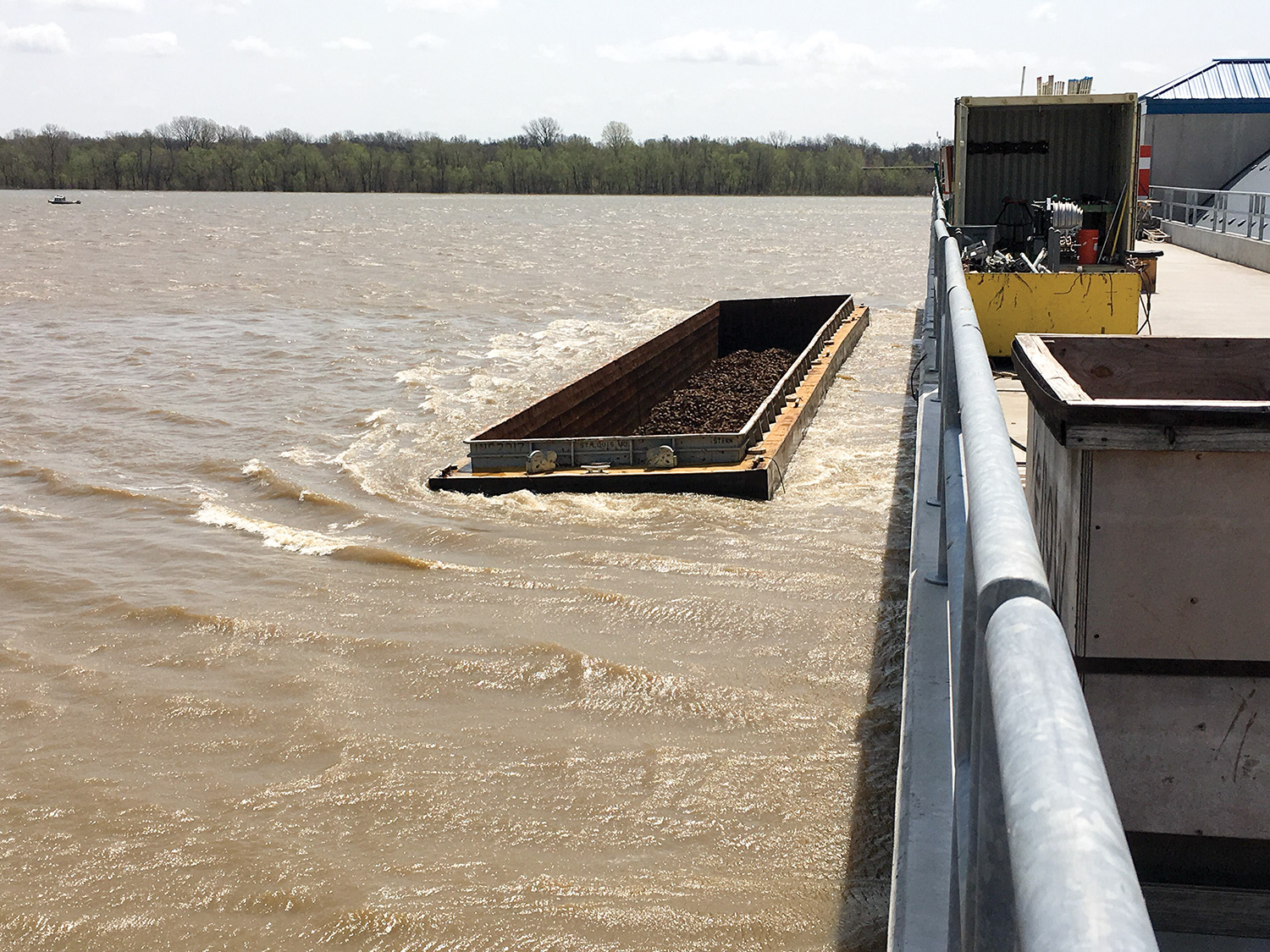 Tow Breaks Up Near Olmsted; Barge Lodged In Tainter Gate

On April 18, the Lower Ohio River was closed to navigation at the Olmsted Locks and Dam due to an allision involving a commercial tow breaking apart at around noon upstream of the lock and dam.

Watchstanders at Coast Guard Sector Ohio Valley received a report at 1:10 p.m. that six barges broke free from a towing vessel near Mile 964 on the Ohio River.

As a result, several loose barges passed through the tainter gate bays.

The Coast Guard Marine Safety Unit Paducah led response efforts. By 1:30 p.m. the following day, all barges were recovered and secured except for one barge reportedly carrying pig iron.

At press time, the one barge remained wedged upstream against the lower piers of tainter gates 4 and 5.  Once it is stabilized, recovery efforts will begin to safely remove it from the damming surface, the Coast Guard said. The surveys were required to assure the sinking vessel did not migrate to the navigation channel.

According to Todd Hornback, chief of public affairs of the Louisville Engineer District, navigation resumed at 10 a.m. April 19 at Olmsted Locks and Dam. Navigation was expected to resume the day before,  but the river current and waves delayed surveys to locate the sunken barge which sank yesterday at the project tainter gates. The surveys were required to assure the sinking vessel did not migrate to the navigation channel.

Additional, more detailed inspections of the dam are underway. No major damage has been found so far, according to Hornback.

The cause of the incident is under investigation.