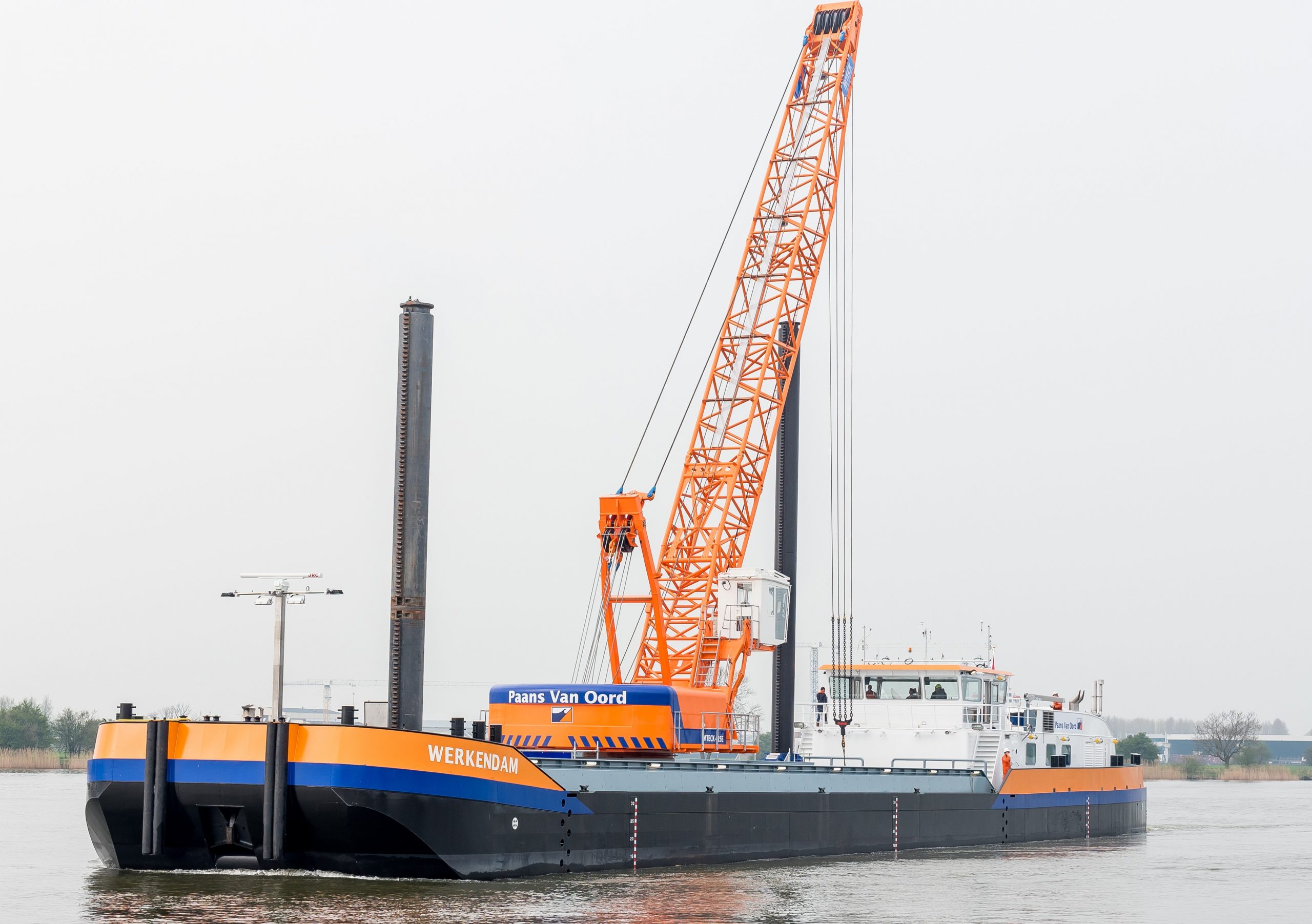 As part of its 150th anniversary celebration, Van Oord launched its first LNG-powered vessel, a Werkendam crane vessel. Built at the Neptune yard in Hardinxveld-Giessendam, the vessel is 68 meters (223-feet) long with an 11-meter (36-feet) wide crane. It is fully powered by LNG with a gas oil back-up. There is enough LNG storage capacity on-board to provide power for 14 days. The vessel will be used primarily for Dutch projects by the subsidiary Paans Van Oord. The first project for the new vessel, named Pia Van Oord, will be maintenance dredging and reventment work in Rotterdam, Europahaven.

The other festivities during the launch included visits by area school children and businesses to tour the new vessel, and an official naming ceremony. Pia van Oord, wife of Govert van Oord, the grandson of the founder of the company, named the vessel. In addition, a bronze statute created by artist Jaap Hartman and depicting a local worker was unveiled.

The Werkendam crane vessel is an exceptional part of the Van Oord fleet. It is the first LNG-powered vessel and is the start of a new generation of dredging vessels. The vessel is also special because of its name. The company has its roots in the Werkendam and Biesbosch regions. It grew over time and has now become an international marine contractor which is celebrating its 150th anniversary this year.