A beach renourishment project at Bathtub Beach/Sailfish Point in Stuart, Florida, was completed at the end of April. The project is part of the 2018 Federal Emergency Management Act (FEMA) Storm Damage Recovery Project to restore beaches lost to Hurricane Irma. FEMA funds are covering the majority of the $2.6 million project cost. Contractor Ferreira Construction Southern Division Co. Inc. of Stuart, Florida, is dredging sand from the St. Lucie Inlet flood shoals and the Sailfish Point Navigational Channel for placement on Bathtub Beach. The company is using an Ellicott 1170 16-inch dredge, and 16-inch booster pump.

The project began in February but was delayed by strong storms that made coastal water conditions dangerous. However, crews were able to see firsthand how well the beaches that had already been nourished, held up to the high winds and waves and protected nearby parking lots, pavilions and bathrooms.

Bathtub Beach is part of a reef system that is home to more than 500 marine creatures. It’s created from fragile tube-building sea worms that cement grains of sand together to create a network of tube dwellings. These structures help to break waves during the calmer seas of summer allowing sandbars to migrate closer to shore turning the area into a “bathtub.” During winter or storm seas, the water inside the reef develops strong currents and waves that break just offshore, causing extensive erosion. This cycle causes Bathtub Beach to erode more quickly than a typical beach and requires dredging and renourishment more often. 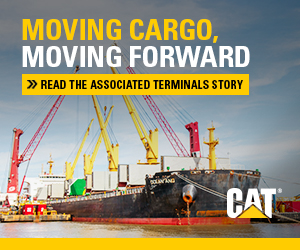