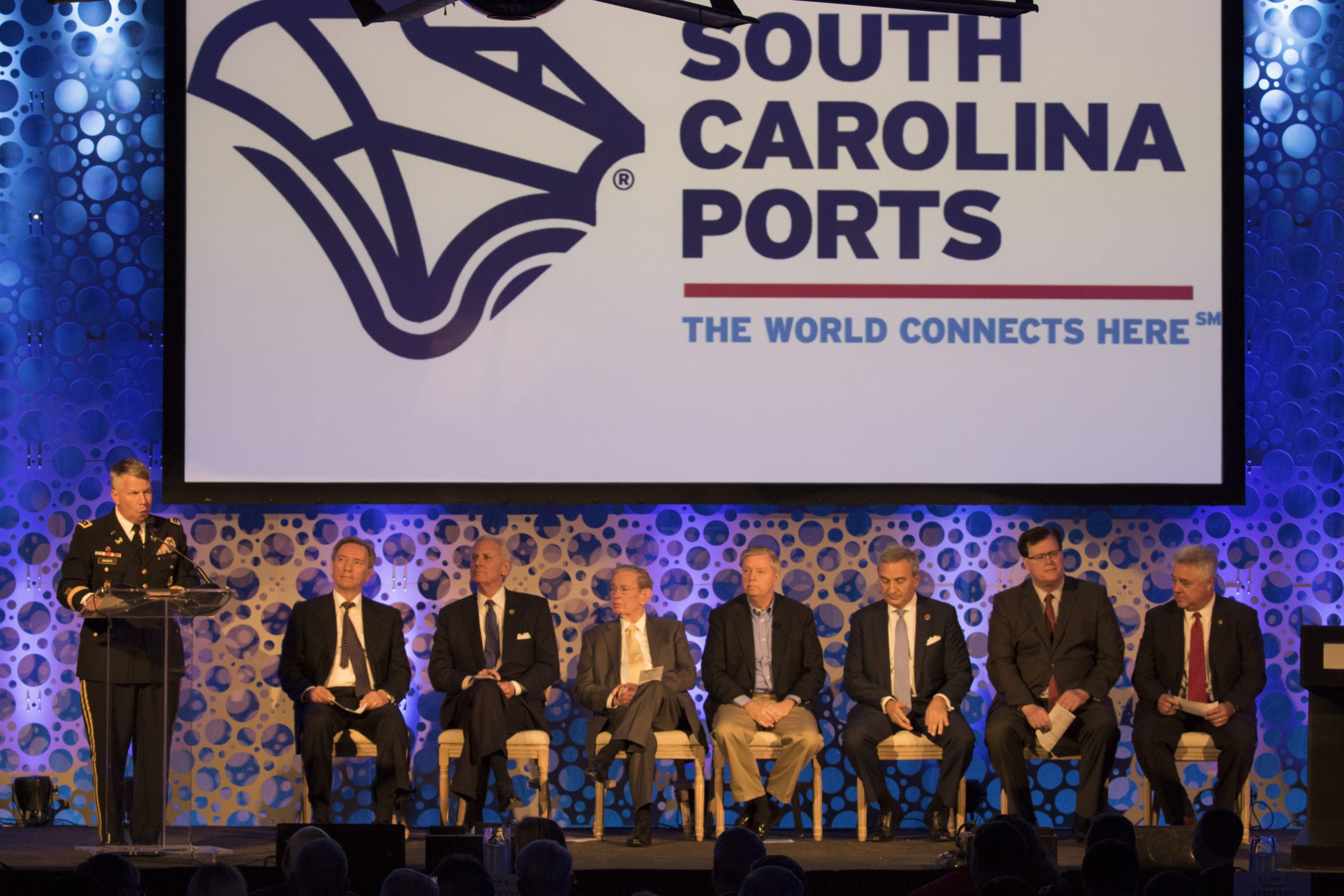 May 14, 2018 By International Dredging Review

On March 2, the South Carolina Ports Authority (SPCA) held a ceremony aboard the USS Yorktown to celebrate the start of construction of the Charleston Harbor Post 45 Deepening Project. The event celebrated eight years of planning and hard work to begin deepening the federal channel portion of Charleston Harbor to 52 feet.

“The Corps has been maintaining the Charleston Harbor for more than 140 years and today’s celebration is proof of our commitment to the generation of jobs, the movement of imports and exports, helping to grow a stronger economy, protecting our environment and improving the quality of life for all Americans,” said Corps Chief of Engineers Lt. Gen. Todd Semonite. “Together we will provide world class service to the nation and will continue to lead in finding ways to deliver our infrastructure through innovation.”

The event featured a handful of speeches from Semonite, South Carolina Gov. Henry McMaster, U.S. Sen. Lindsey Graham, SCPA CEO Jim Newsome, several state senators and others. Each talked about the impact the port has on the state and nation and how the economic engine will be able to continue growing thanks to the deepening by the Charleston District.

Great Lakes Dredge and Dock Company deployed its dredge the next day and began pumping material from the Entrance Channel. The Entrance Channel will take the longest of the three reaches that need to be deepened, so it was started first. The Corps said the Entrance Channel is being dredged to exactly 56 feet, where the dredge will encounter harder material, such as limestone, that will be more difficult to remove, not to mention the more difficult sea conditions. The current dredging cycle ended on March 31 in order to avoid turtle nesting season.

The project has come a long way since the Charleston District began the reconnaissance phase of the project in 2011 to determine if there was federal interest in this project. Now, the Charleston District is looking at a 40- to 76-month window to complete the entire dredging of the federal channel. For the next several years, expect to see at least one dredge, if not more, at pretty much any given point as we work toward a deeper channel that will reduce transportation inefficiencies in Charleston Harbor.