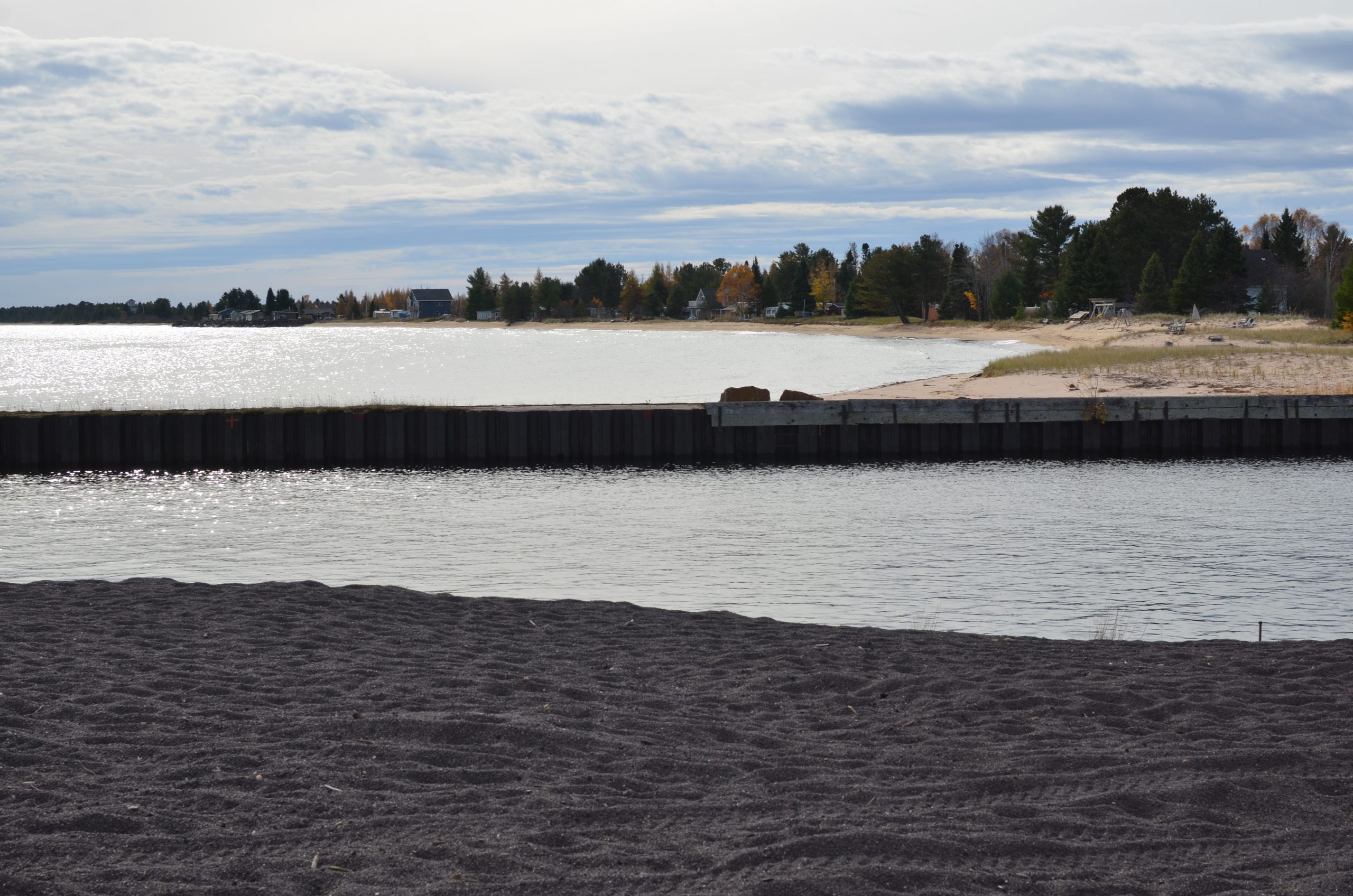 The U.S Environmental Protection Agency (EPA) has provided $3.1 million to the U.S. Army Corps of Engineers Detroit District for dredging of stamp sands, a copper mining by-product from an underwater bedrock trough in Grand Traverse Harbor and adjacent to Buffalo Reef. The project is in Keweenaw Peninsula between Gay, Michigan, and Grand Traverse Harbor.

The project is an effort to delay further drifting of the stamp sands into Buffalo Reef and a juvenile white fish recruitment area that sits south of the harbor. The reef is a 2,200-acre spawning area for lake trout and whitefish. The presence of the sand has left 35 percent of the reef unusable for spawning, as the sand has filled the spaces between the rocks and made shoreside nursery areas unusable. Almost a quarter of the annual lake trout yield from Lake Superior’s Michigan waters come from within 50 miles of Buffalo Reef with an estimated economic benefit of $1.7 million.

The stamp sands are a by-product of old copper mining at the Mohawk and Wolverine mines. Copper ore was hauled to a four-stamp mill where it was crushed and separated through a flotation process. The sands are a waste material left over from the mill work that were dumped into and next to Lake Superior. Over the years the sands have been moved by wind, waves and currents to cover 1,426 acres of shoreline and lake bottom.

The current dredging project will provide about five to seven years of protection for the reef; however, a long-term plan and solution is needed. EPA has formed a cooperative multi-entity task force to develop that plan over the next couple of years. The MTECH SmartZone in Houghton, a technology business incubator, is exploring beneficial use possibilities for the stamp sands, which will be a critical component of the plan. A primary goal would be to have long-term maintenance assumed by a non-federal entity. The task force hopes to begin construction on a control mechanism by 2021.