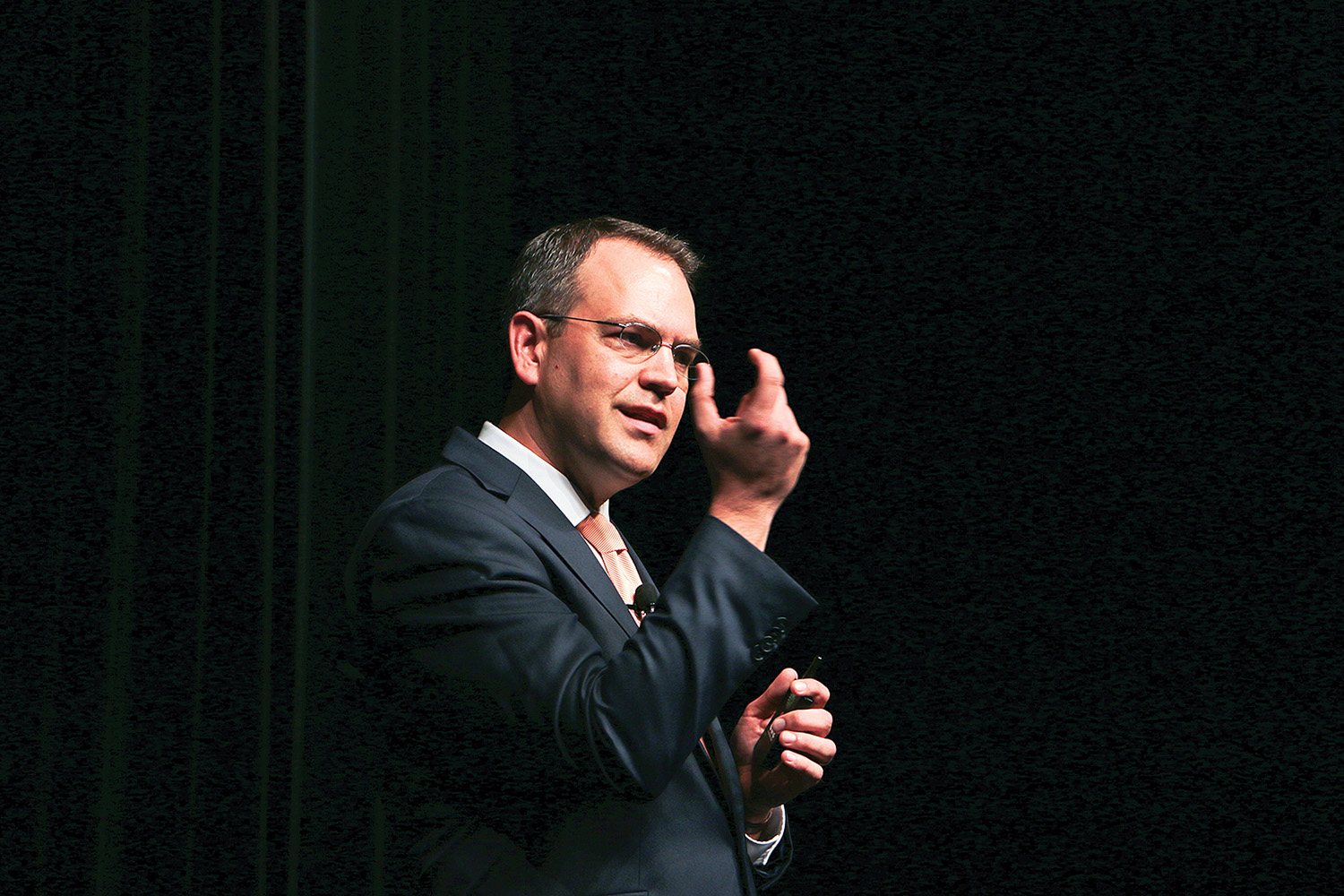 One of the many informative educational sessions given at the Inland Marine Expo was presented in the Ferrara Theater by Mike Steenhoek, executive director of the Soy Transportation Coalition (STC).

In recognition of the crucial role that transportation networks, including water transportation, play for farmers, the STC was founded about 10 years ago by 13 farm state soybean boards, the American Soybean Association, and the United Soybean Board. The 13 participating states encompass 85 percent of total U.S. soybean production. The National Grain and Feed Association and the National Oilseed Processors Association serve as ex-officio members of the Soy Transportation Coalition’s board.

Before he joined the STC, Steenhoek served as a staffer for Iowa Sen. Chuck Grassley for eight years. Striding the stage of the theater and speaking with only occasional reference to index cards, Steenhoek began by reminding the audience that agriculture “creates many ripple effects that other industries ride,” including manufacturing, logistics and the research and development of companies like Monsanto and Bunge.

Like the barge industry itself, farmers often feel invisible, despite their importance to the American economy. “There is less appreciation of farming the farther away we get from it,” Steenhoek said.

The transportation system allows farmers to be profitable, but we are living off a transportation legacy, he said. About half of the U.S. soy crop is exported, with one-quarter to one-third going to China.

Agriculture has “the longest and most diversified supply chain of any industry,” said Steenhoek. South American countries like Brazil and Colombia, meanwhile, have significantly upgraded their ports and transportation networks and are closing the gap to the transportation advantage the U.S. enjoys for its soybeans, corn and wheat. American farmers are often forced to “eat” added transportation costs in order to stay competitive.

Among the Soy Transportation Coalition’s Top Ten priorities in Congress, three are of direct concern to the barge industry, said Steenhoek:

1) to dredge the Lower Mississippi River from 45 to 50 feet;

2) to get Congress to provide better, more consistent lock and dam funding; and

3) to have more rational maintenance spending on locks and dams. Referring to the current erratic funding system, Steenhoek said, “‘How’ is as important as ‘how much.’”

Steenhoek referred to farmers’ “disappointment” at some of President Donald Trump’s trade moves, which have caused China to threaten retaliation against U.S. farm products. “President Trump said the right stuff about fixing lock and dams, but many of us are very disappointed by his trade policies.”