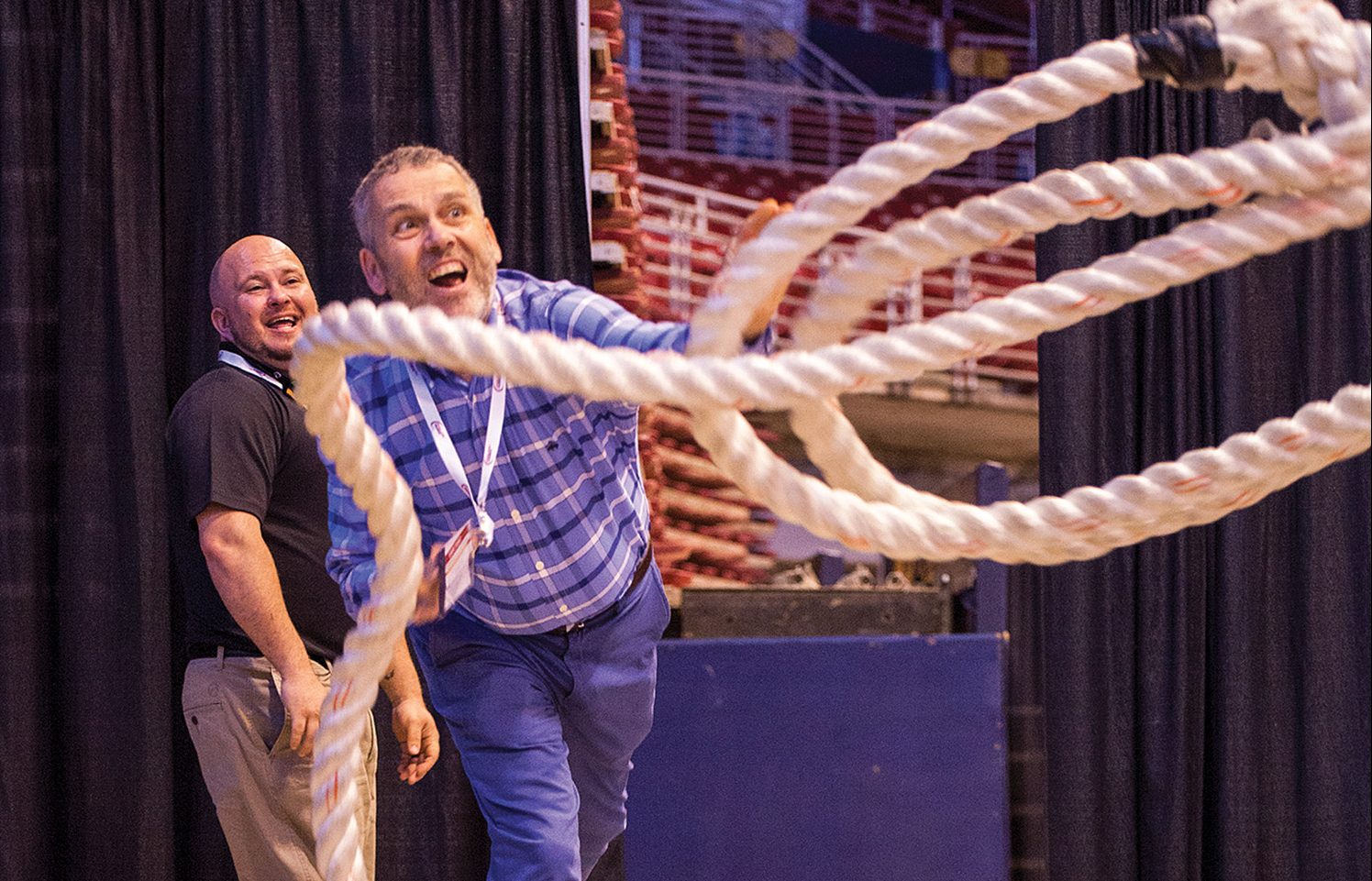 The Maritime Throwdown, an industrial maritime competition that tests line-handling and line-throwing skills of mariners from around the United States, held its most recent challenge at the Inland Marine Expo (IMX) in St. Louis, Mo., May 22–23.

At IMX, Maritime Throwdown held two events: a line handling course and a line throwing course, where competitors caught a 2-inch synthetic single- part line on a timber head. Capt. Kenny Brown, founder of the Maritime Throwdown, and Captain Jerry Berry, also with the organization, guided competitors through the course.

“I was able to channel my inner Kurt Warner and make the deep throw and win the championship,” Gilmore said, referencing the longtime St. Louis Rams quarterback, who won numerous games in the same dome where IMX was held.

Calvin was victorious in the line-handling competition, which timed competitors as they simulated securing mooring lines at three stations. Calvin secured a top time of 51 seconds. Second place went to Wayne Jaco with Cumberland Sales Company, who completed the course in 52 seconds. Mike Lambert of Gator Guards finished the course in 56 seconds.

Along with prizes, the winners will receive complimentary registration for next year’s IMX, scheduled for May 20-22, 2019, in St. Louis.

The IMX competition was a partnership between the Maritime Throwdown and RiverWorks Discovery, an outreach program of the National Mississippi River Museum & Aquarium and the National Rivers Hall of Fame.

The next full scale Maritime Throwdown competition will be held October 13 at the Lamar-Dixon Expo Center in Gonzales, La.

“The Maritime Throwdown is an industrial maritime contest dedicated to increasing skill, safety and physical fitness, while also introducing career-minded individuals to our industry,” Brown said.

For more information, visit www.maritimethrowdown.com or search for “Maritime Throwdown” on Facebook. 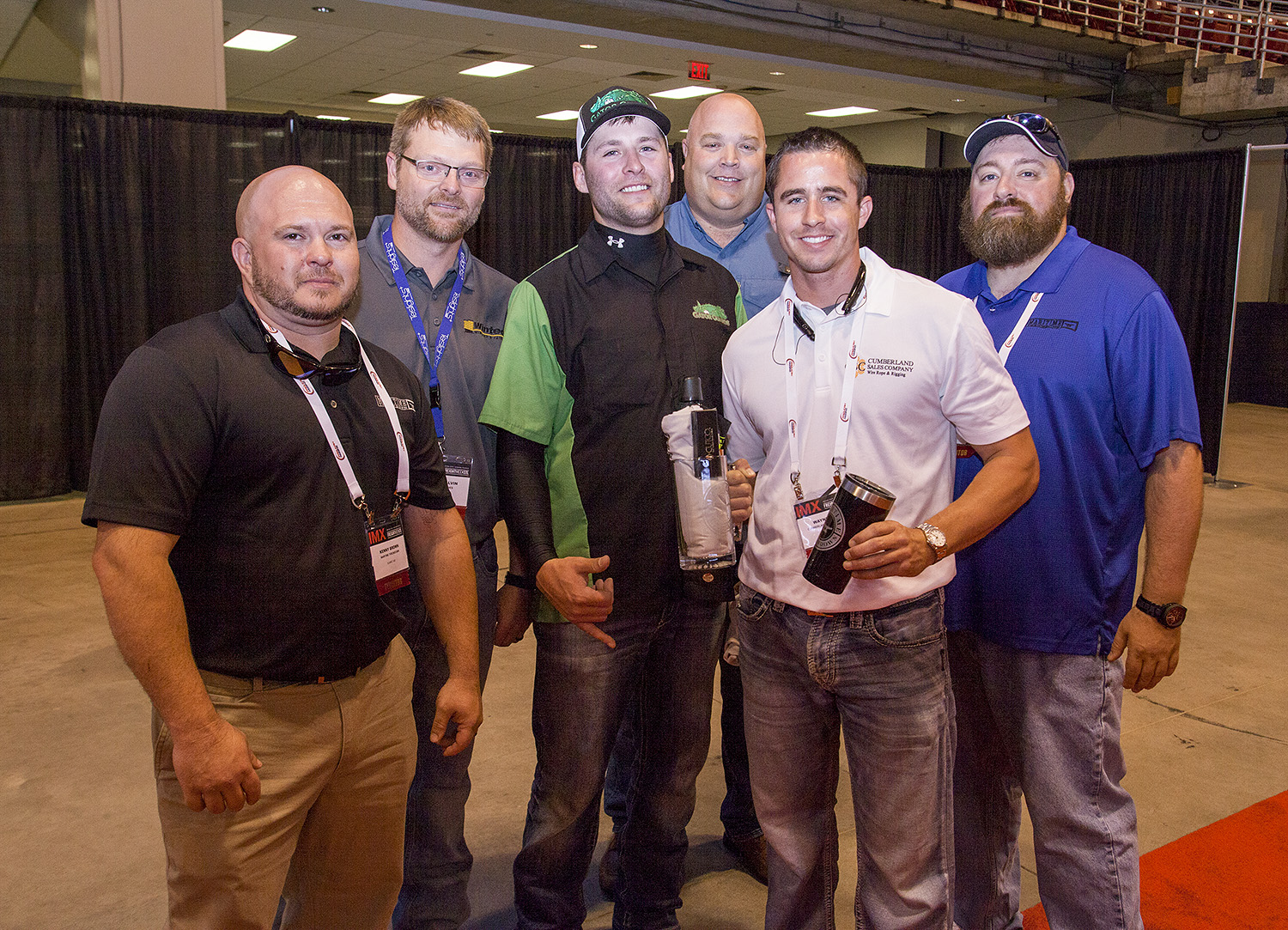 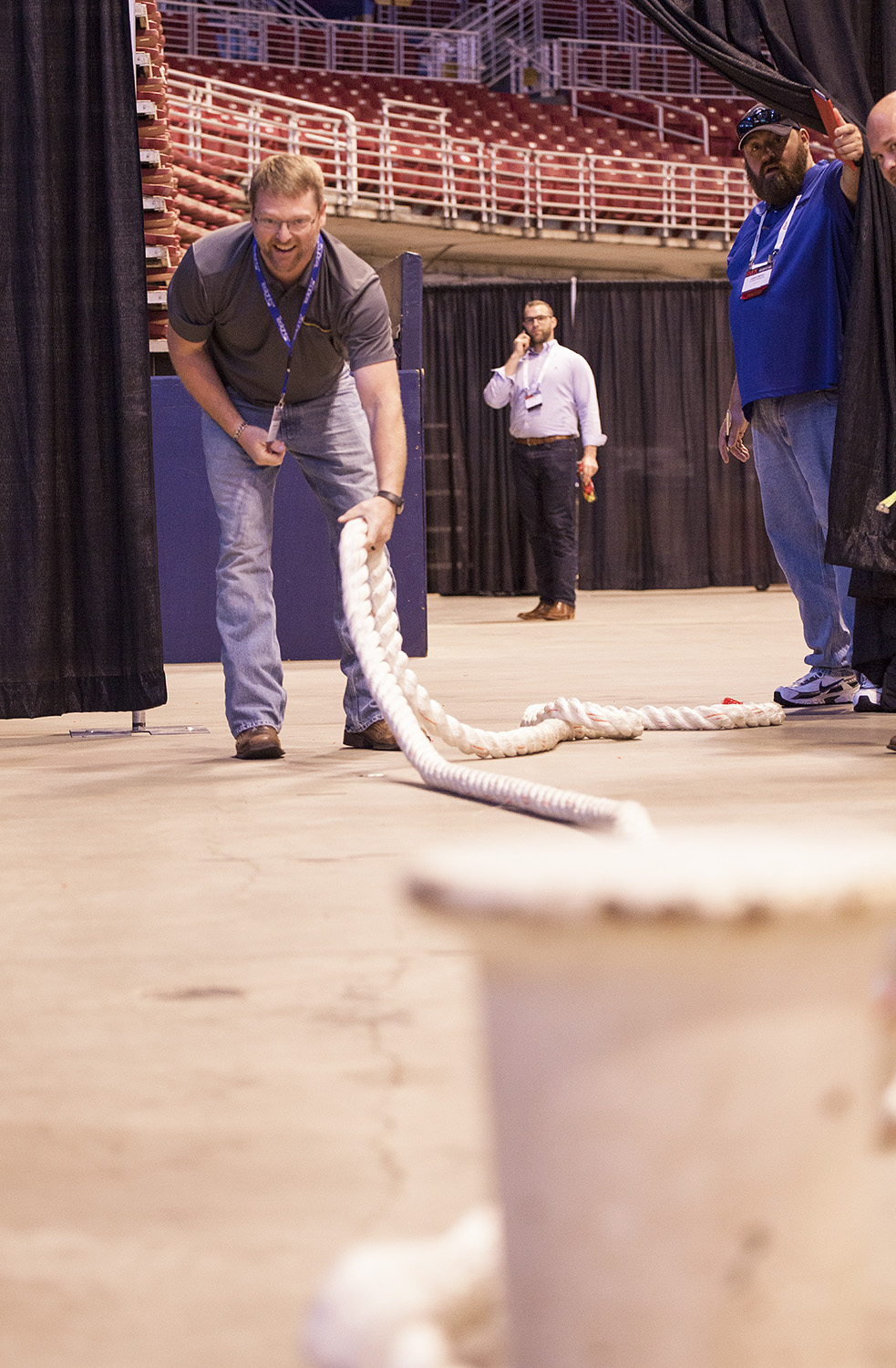 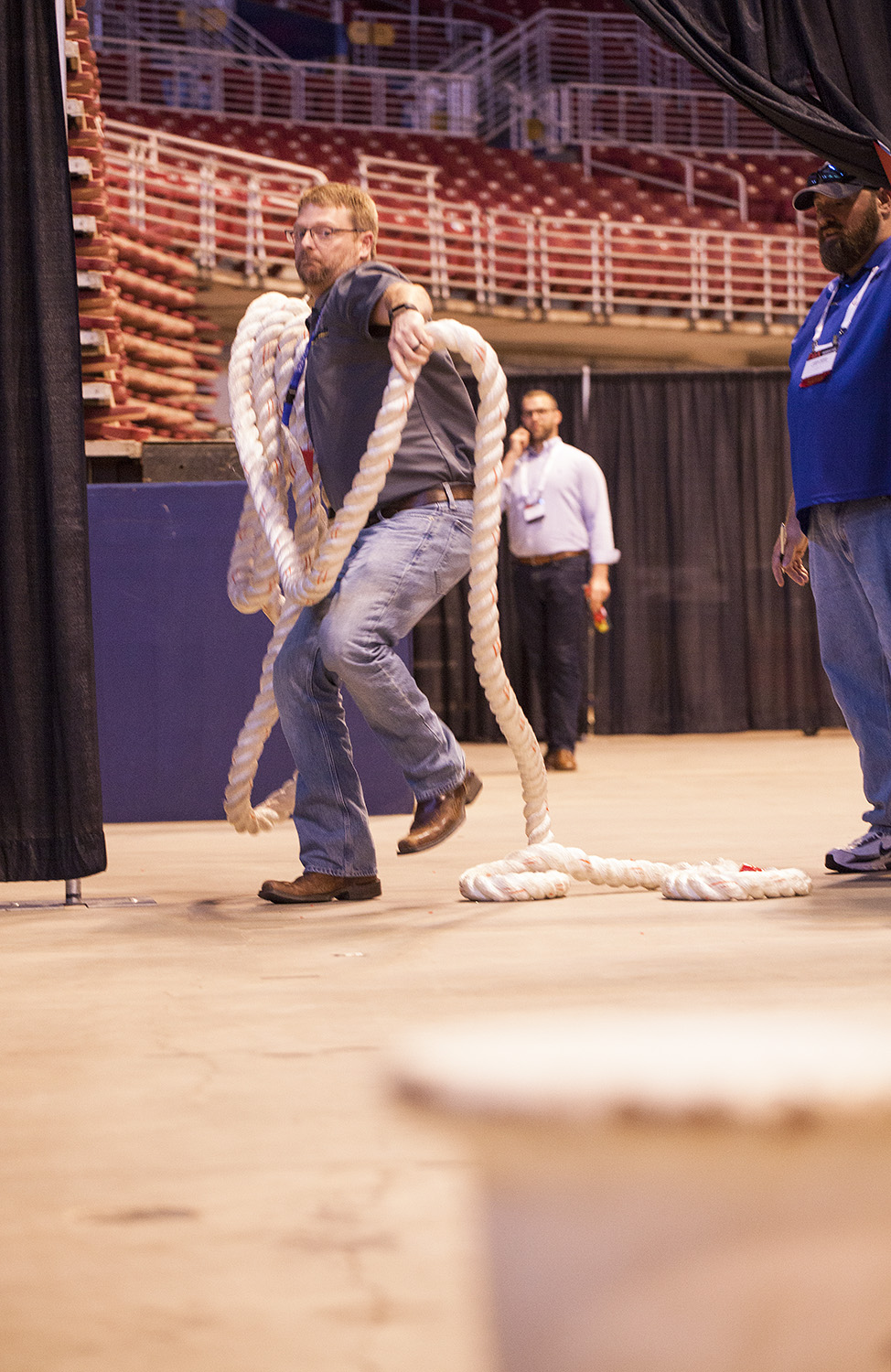 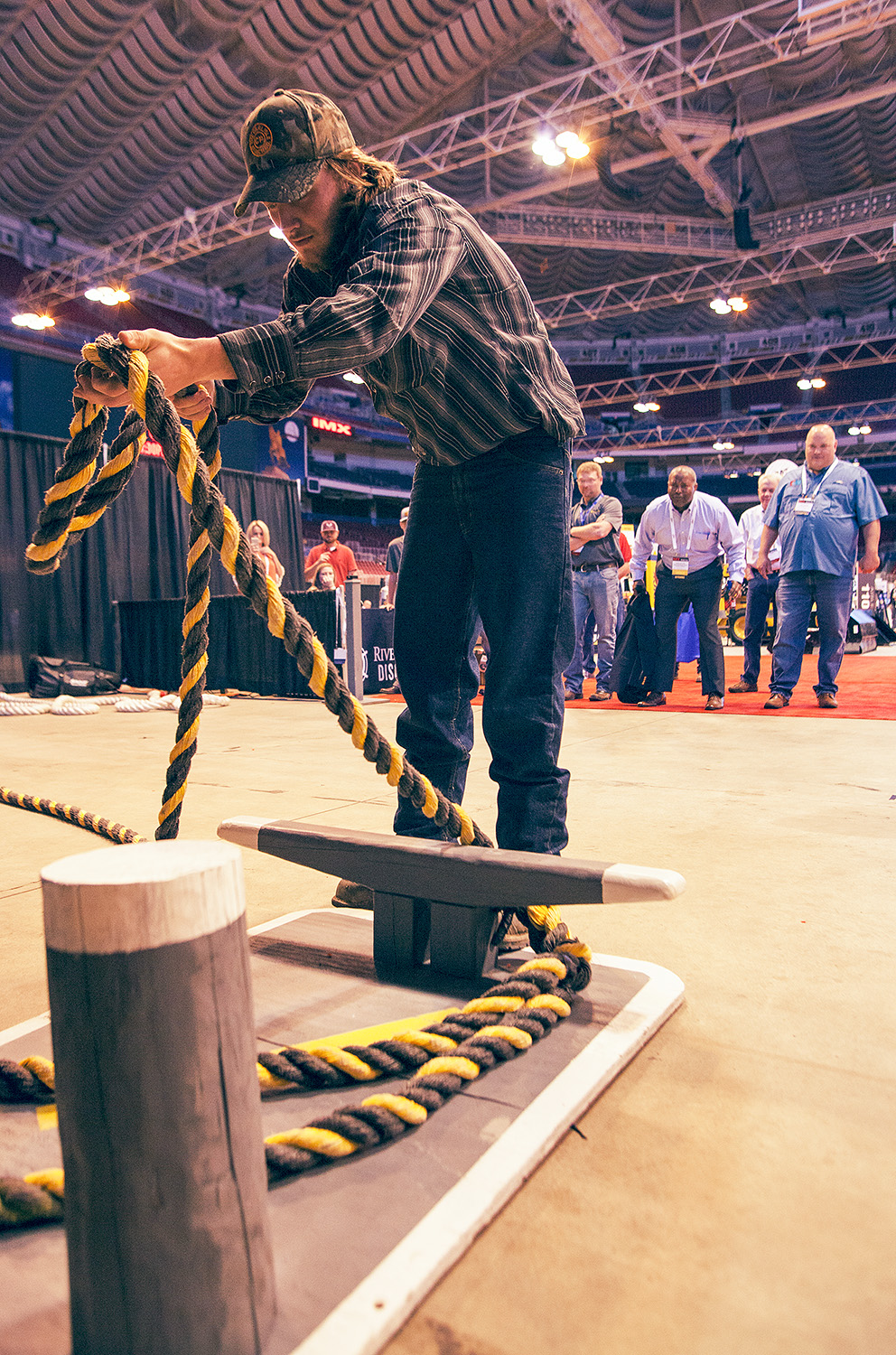 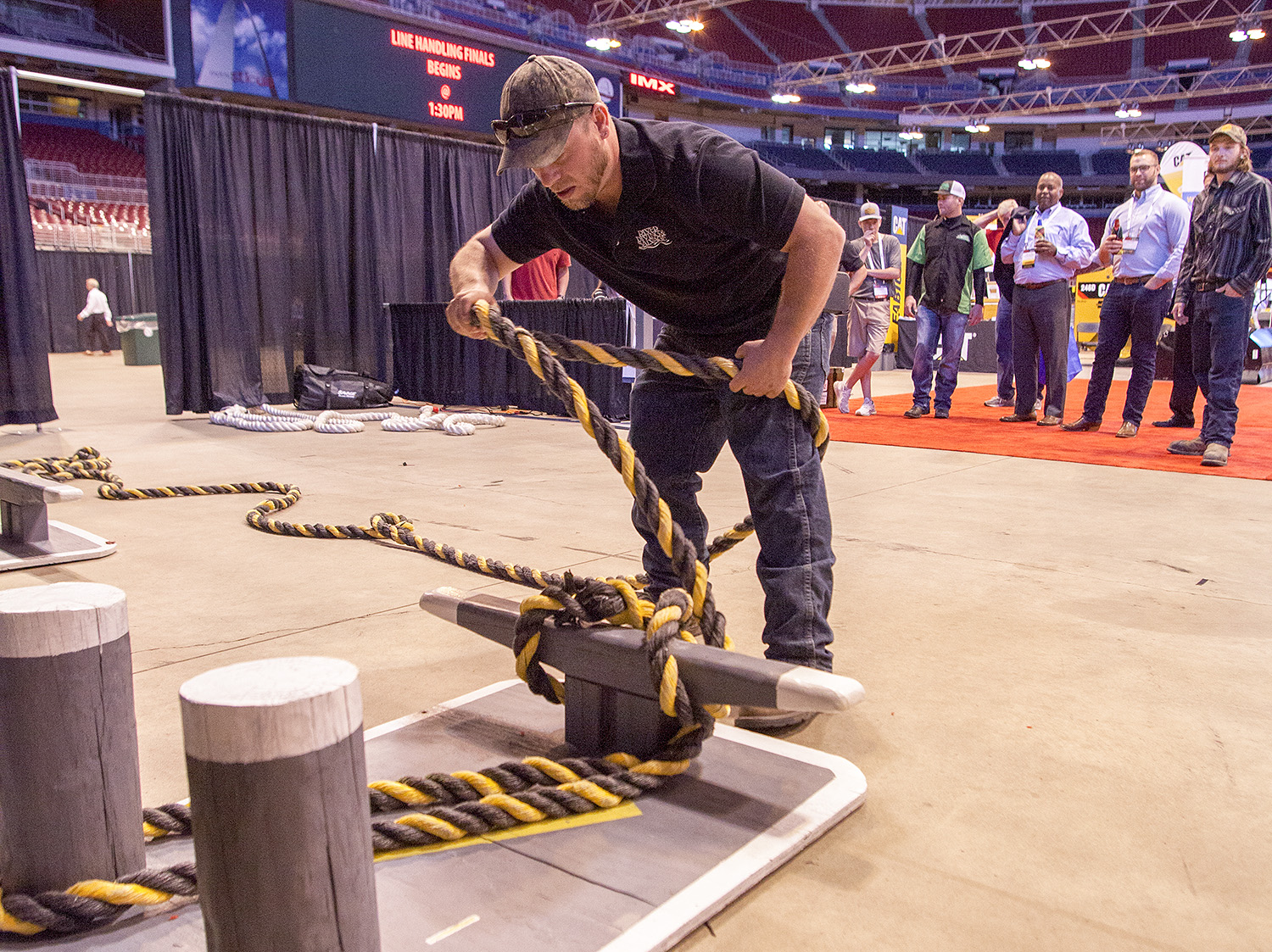 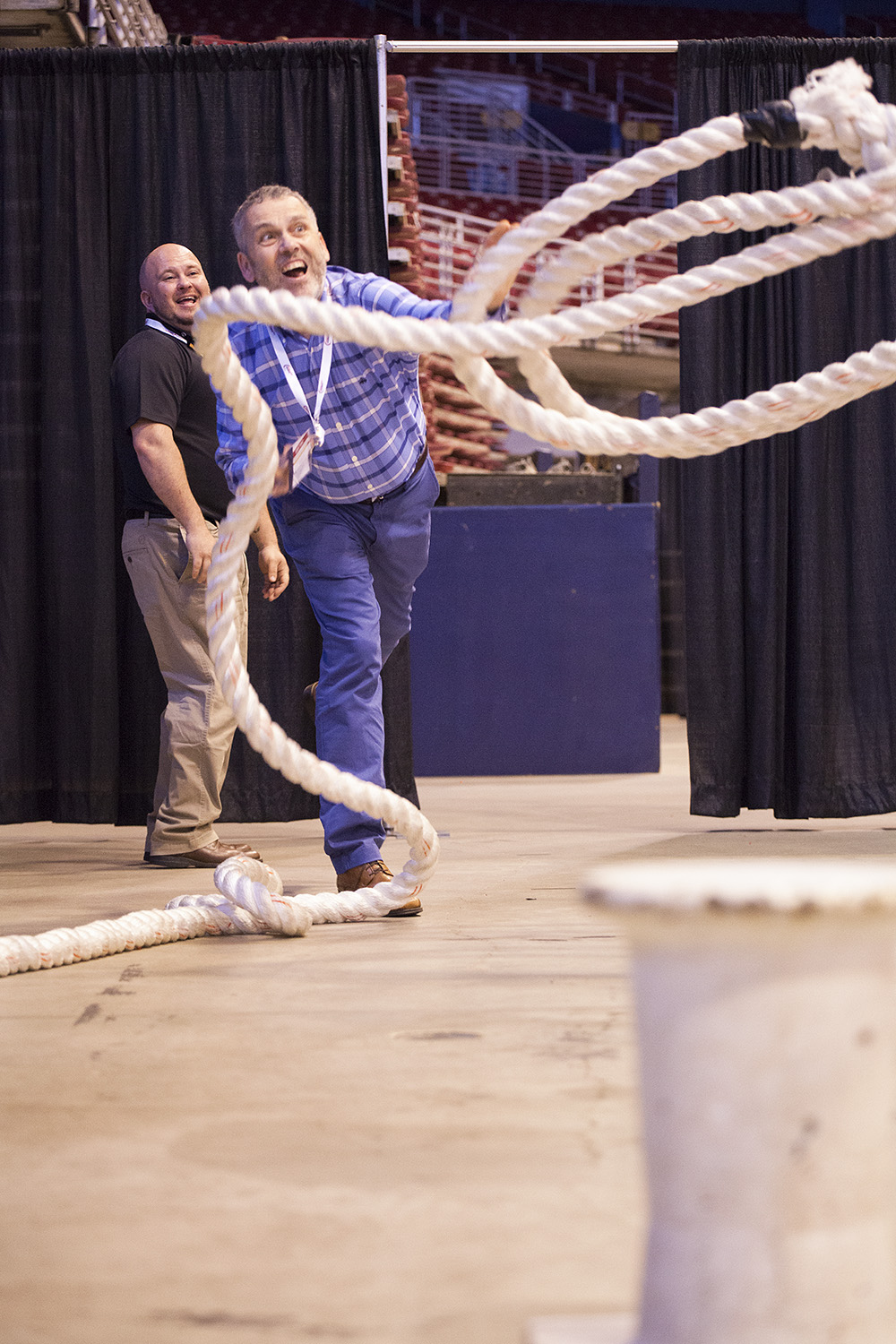 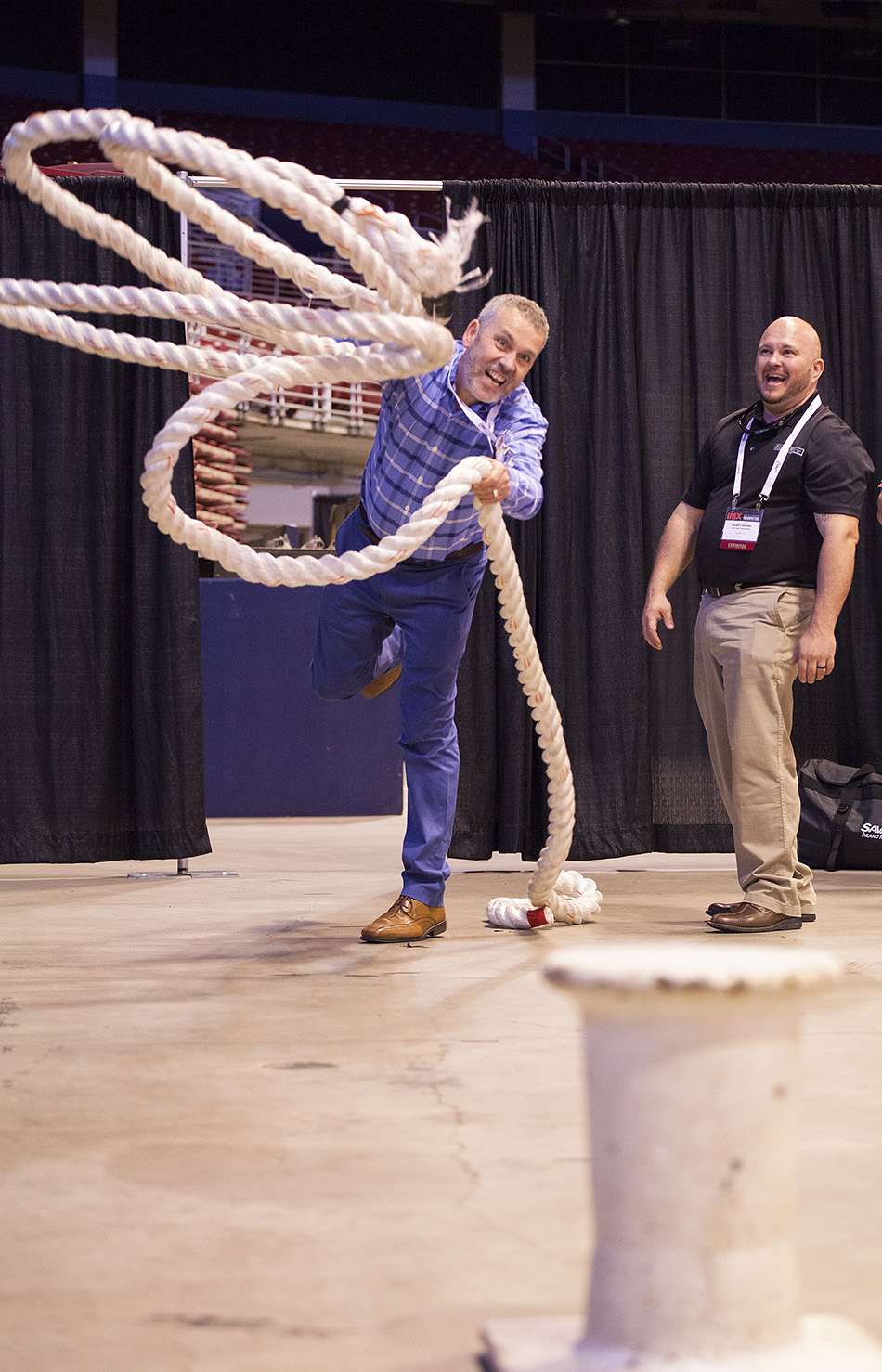 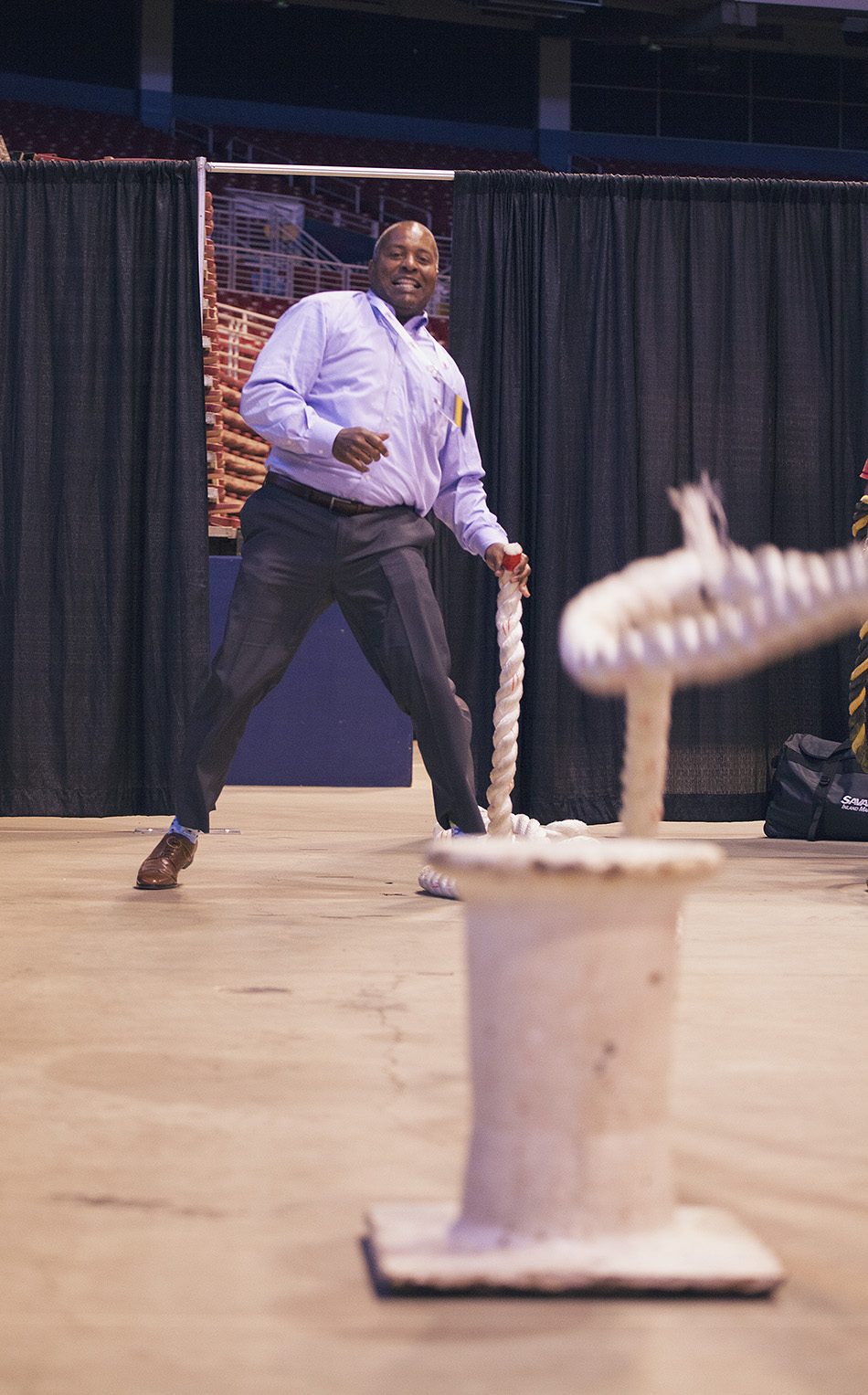 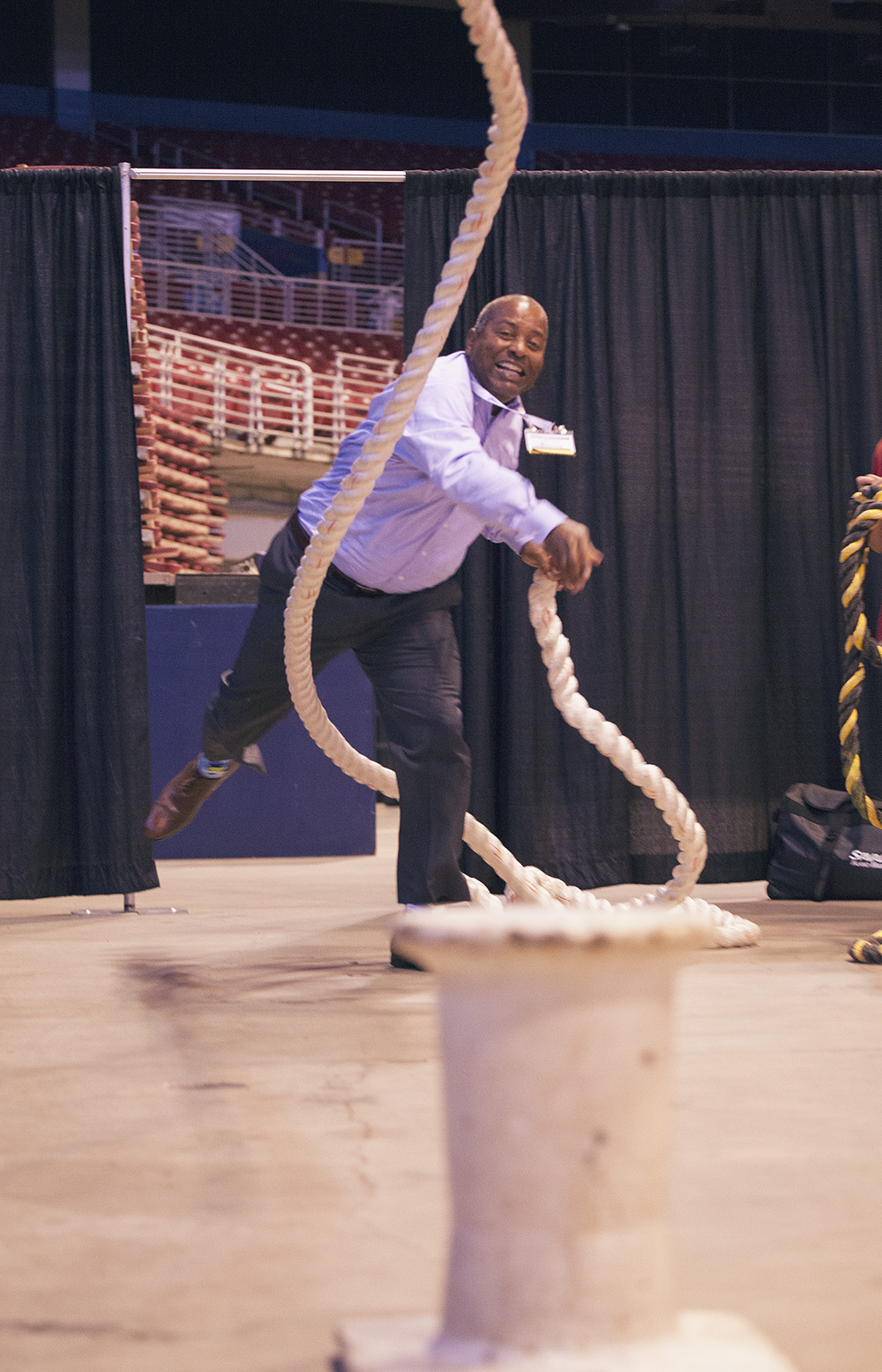 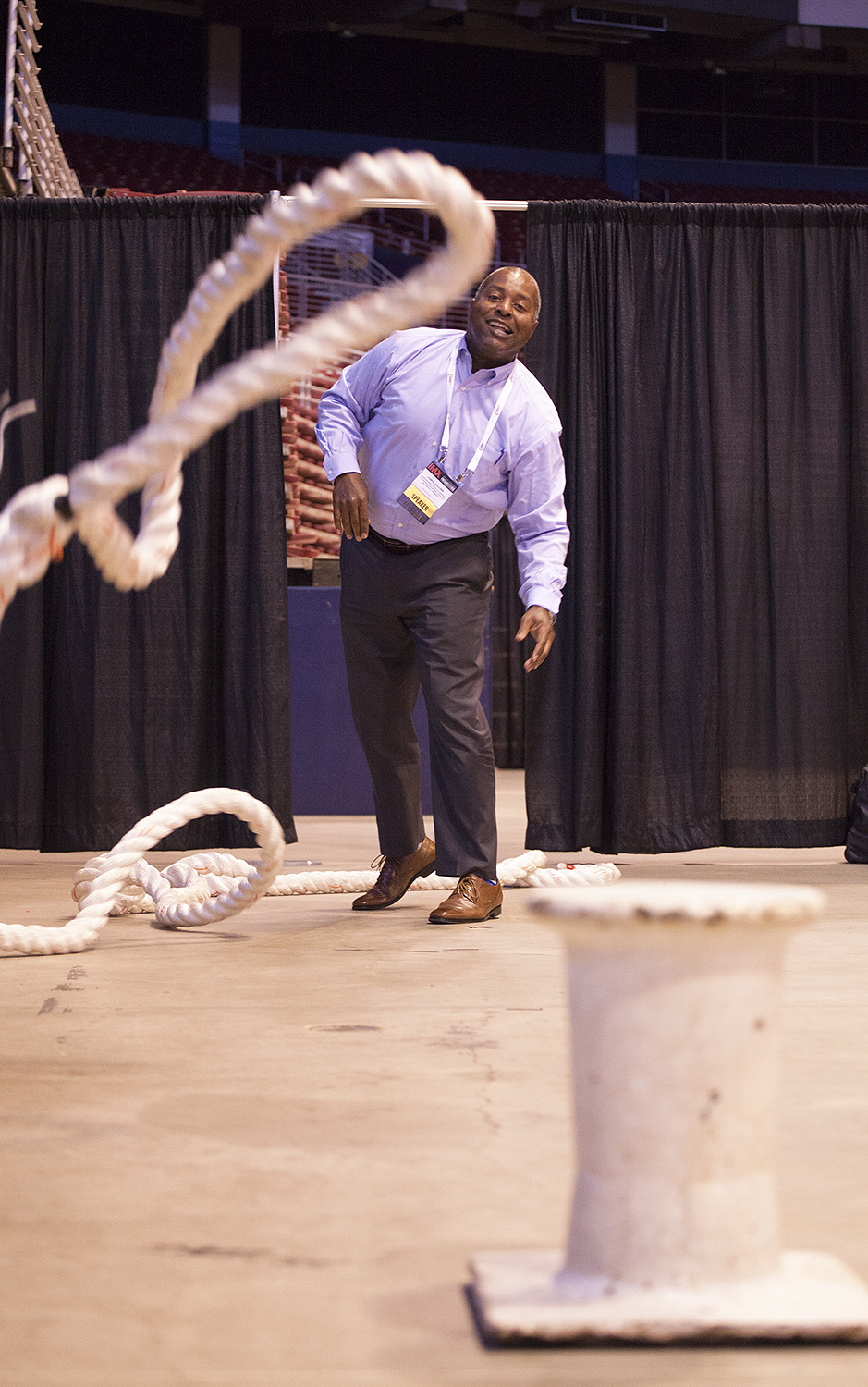 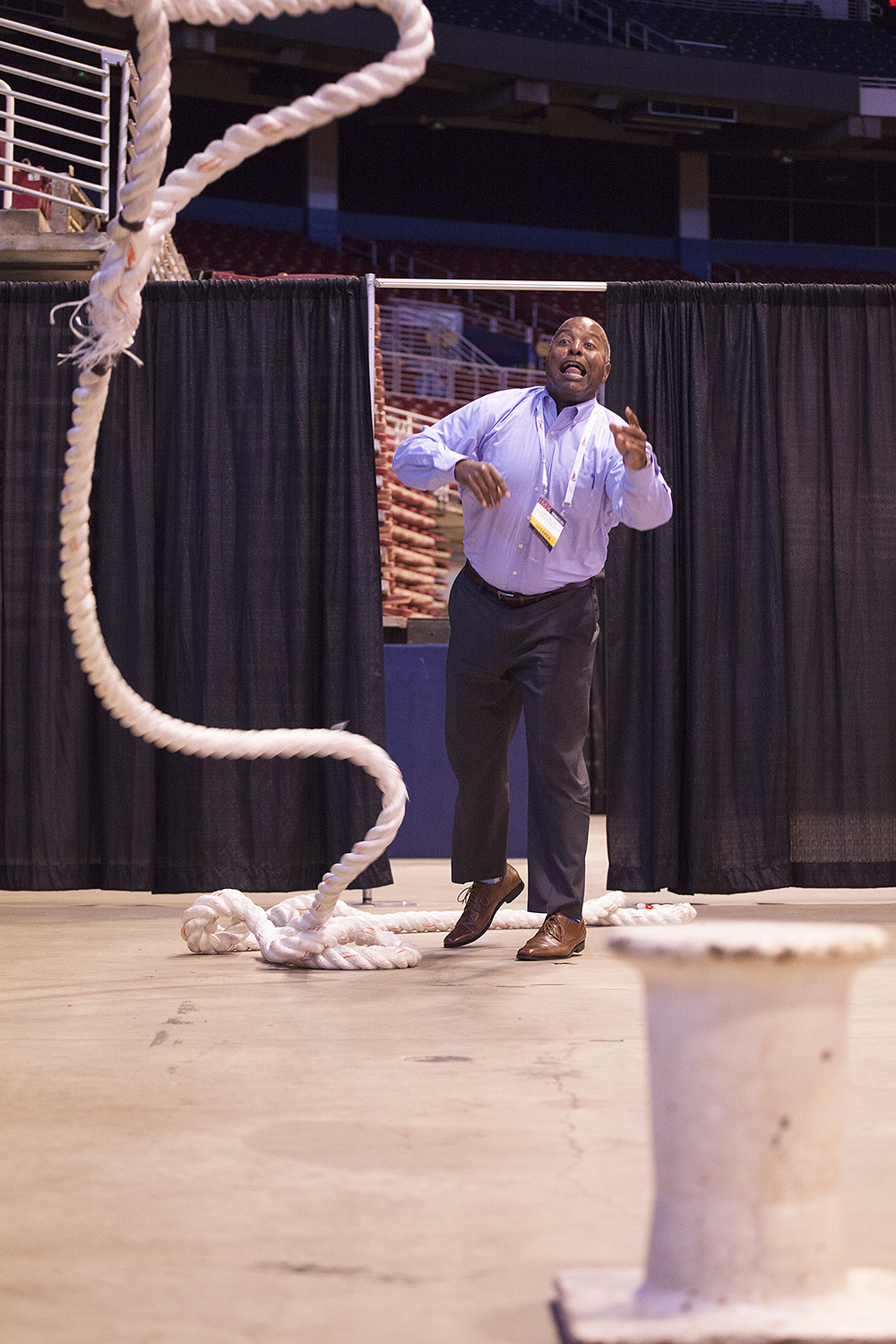 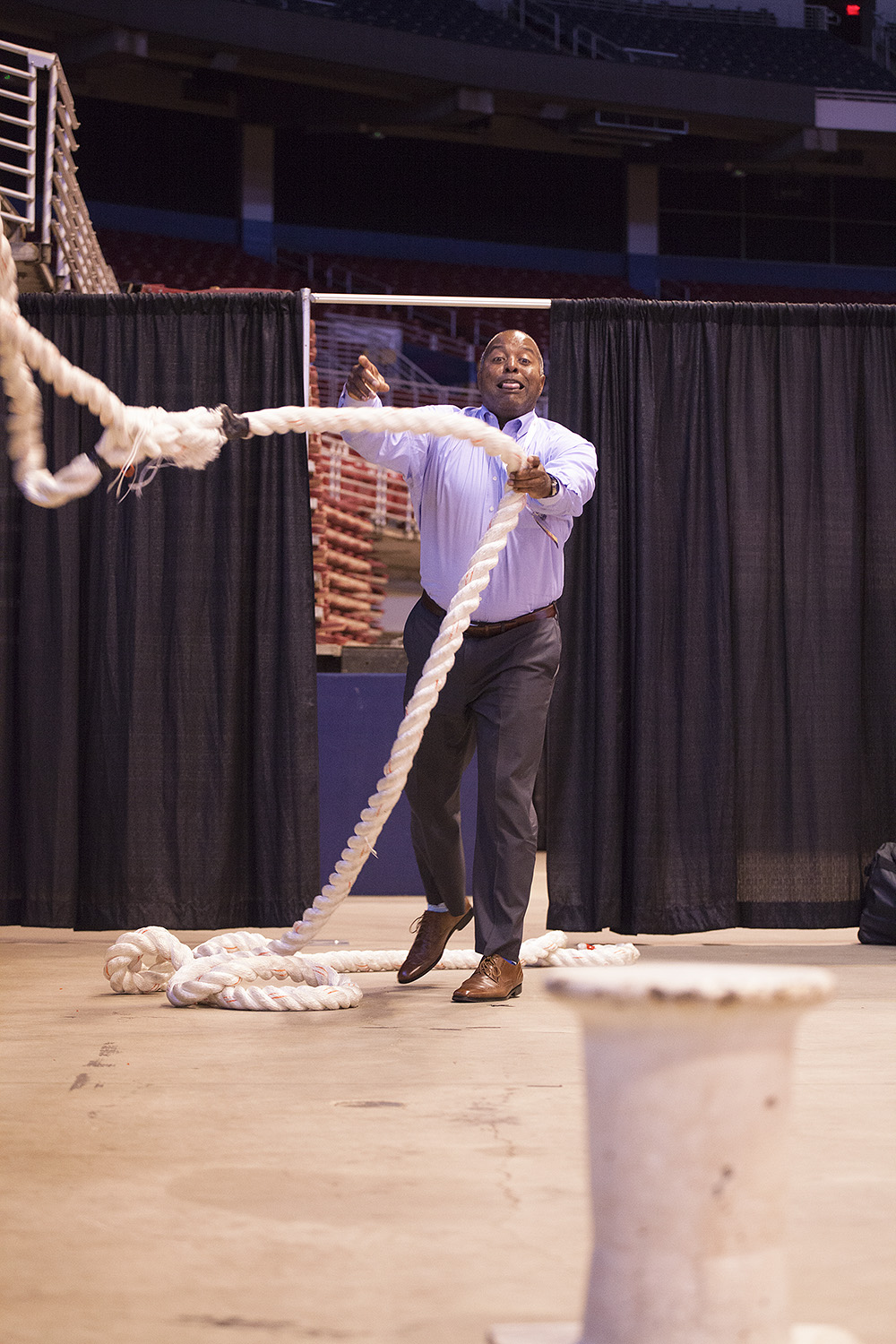 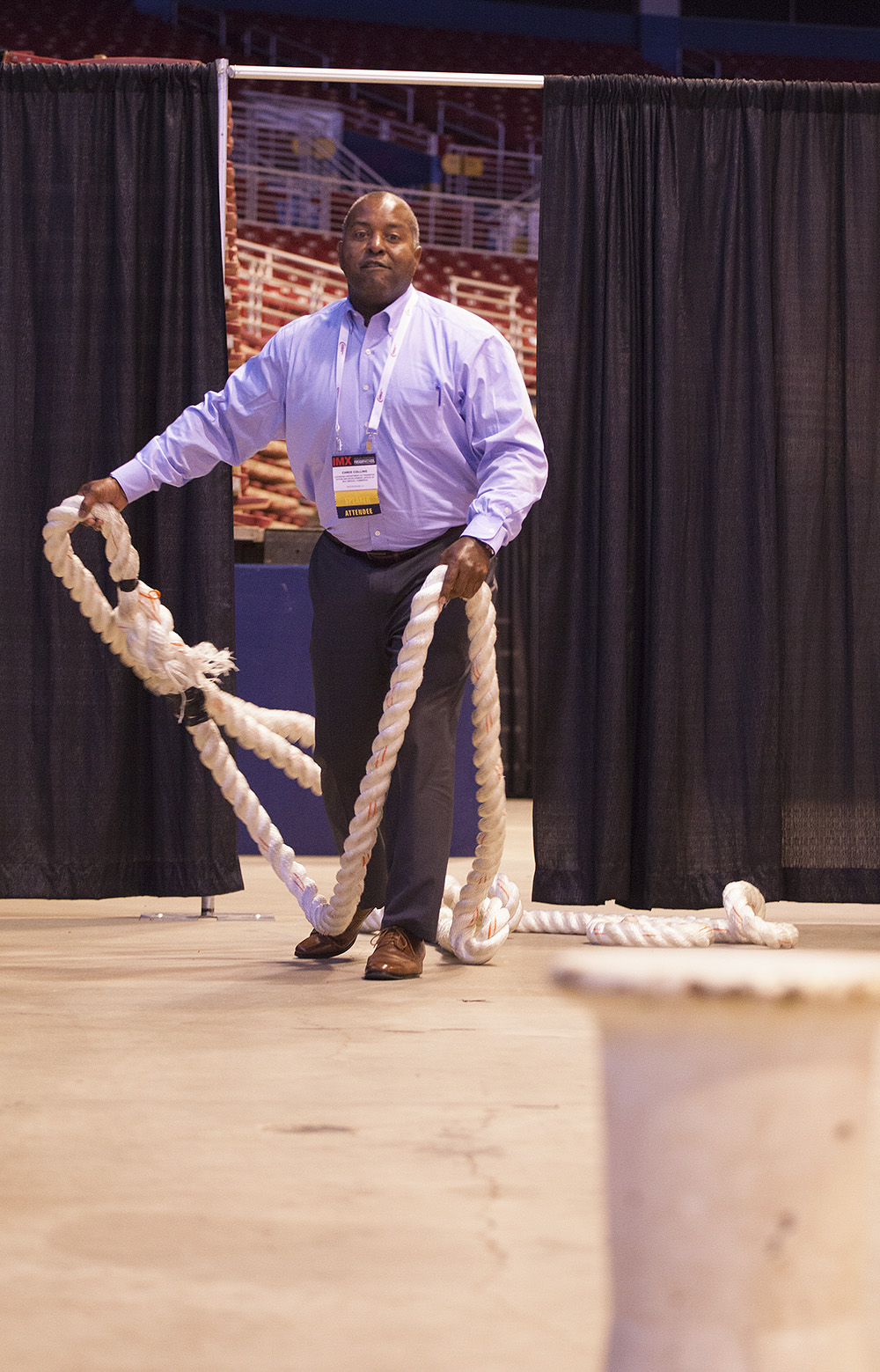