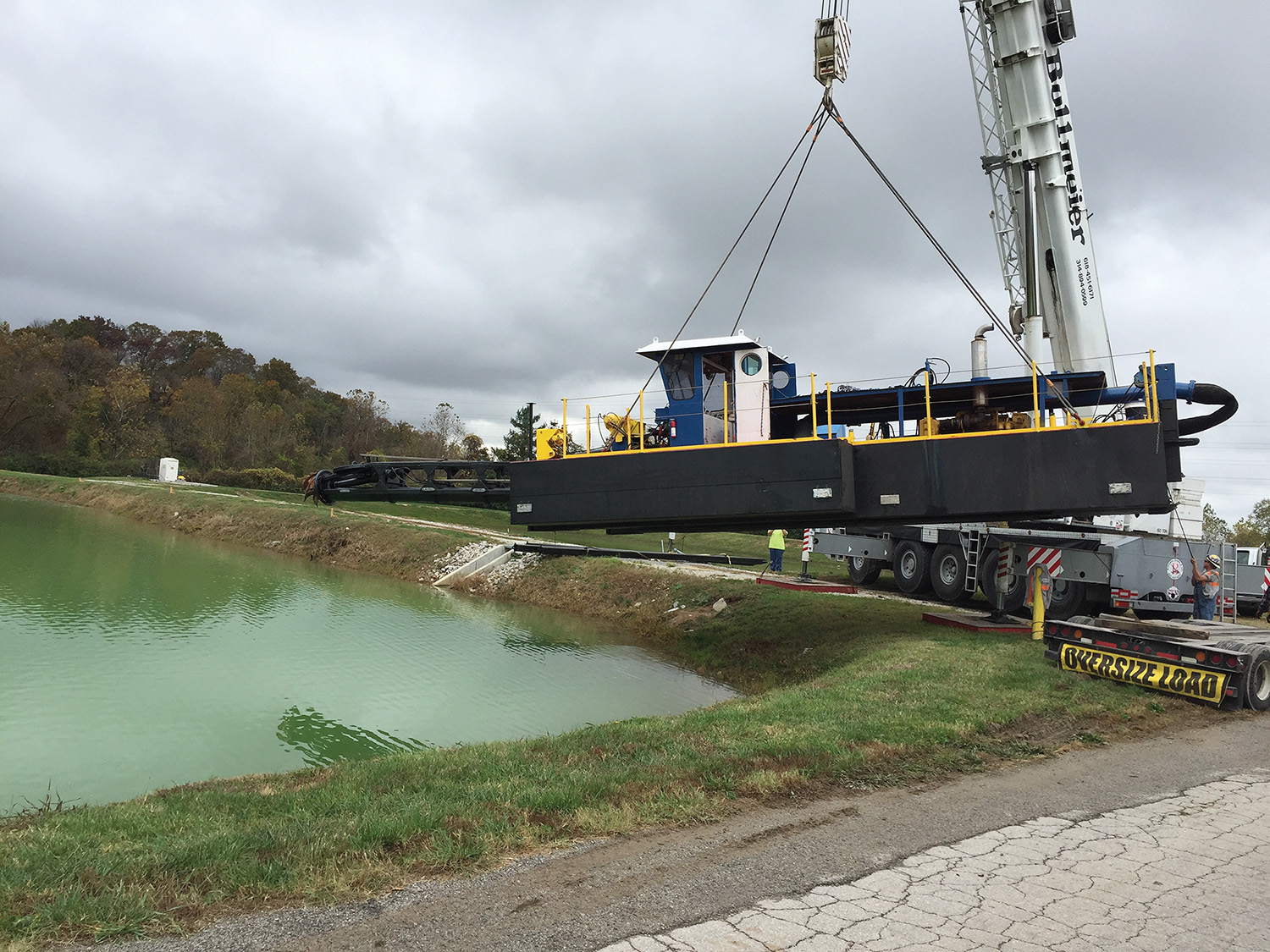 Life Onboard A Dredge: A Tale Of Two Operators

An often-overlooked aspect of the river transportation industry is dredging or the excavation of river bottoms and shores. Not only is dredging crucial to maintaining the depth and width of channels to keep them navigable for towing vessels, the sediment collected by dredges is often used to replenish sand lost on beaches due to coastal erosion or in construction projects.

Guy Hewitt, a leverman and superintendent for Great Lakes Dredge & Dock (GLDD) Company, has been working in the dredging industry for nearly 40 years. Prior to coming to GLDD three years ago, Hewitt worked for Inland Dredging Company.

Today, he operates the dredge Iowa. The Iowa is a 24-inch hydraulic cutter that is 250 feet long and 32 feet wide. The dredge operates on the Mississippi River between Phillips County, Ark., and Hickman, Ky., where it dredges sediment like silt and gravel.

For Hewitt, who works onboard the Iowa for 28 days on and 14 days off, his 12-hour days have been worth it. “It’s been a great career,” he said. “I have nine kids and it’s helped me put them through school. You do miss out on some things at home, but it allows us to have a good life. This industry is like a family. We all support each other.”

Unlike those who work onboard a towboat, dredge operators like Hewitt work their 12-hour shifts and then stay in an RV park when their shift ends. Once their 28-day hitch on the dredge is up, they return home to their families.

However, similar to towboat employees, Hewitt said those on a dredge start out as deckhands. “Once you’ve been hired to work on the dredge, you do lots of on-site training where you learn from the bottom up,” he said. “You can work as a deckhand and advance all the way up to captain.”
Hewitt said that for him, working in the dredging industry was a no-brainer. “My great-grandfather owned a dredging company, so I grew up with it,” he said. “I’ve always loved working on the water. This industry has been very good to me.”

As a leverman, Hewitt said he operates the dredge and works tracks, where he digs out sediment. “My typical shift begins with a safety meeting and stretches,” he said. “Then, I get on a crew boat and go out to the dredge to relieve the guys who were working on it previously. And then I get to work digging or surveying tracks.”

With more than 125 years of experience and a diverse fleet, GLDD is the largest dredging contractor in the United States with ongoing international operations.

Like Hewitt, Paul Reinhardt works on a dredge. Unlike him, however, Reinhardt owns it. He owns three, actually.

As the vice president of Energy Resources Inc., based out of Chesterfield, Mo., which is run by his wife, Nadine, Reinhardt said he oversees the daily operations of the company’s three portable dredges—two 10-inch dredges and one 8-inch dredge. “We have worked on rivers, but we also do canals and waterways in Florida, which includes dredging some small passes,” he said. “All of our work is in protected waters.”

Reinhardt and his team typically dredge sand and silt, with 75 percent of their work involving geotubes. Geotubes are dewatering units made from tensile woven polypropylene that resembles a very large bag. Sediment can be dredged into these bags.

The company, Reinhardt said, started out as a coal company that later migrated over into contract dredging work during the late 1980s. “It’s not your typical dredging company,” he said. “Most dredging companies man their large dredges with crews to operate around the clock. We only work one shift per day.”

Reinhardt said he prefers that he and his crew work a regular shift during the day for one, simple reason—he never wanted to work at night, so he doesn’t expect his employees to either.

Energy Resources Inc. spends the majority of its business dredging slightly contaminated sediment by pumping it with a polymer injection and sending it into geotubes for dewatering. The sediment is then loaded into trucks and taken to a landfill.

“Dredge employees are constantly in motion,” said Reinhardt. “Pipelines always need to be moved. The public must be made aware of your presence and safeguards have to be put into place to keep them safe.”

Some projects, said Reinhardt, work with up to 2 miles of pipeline and booster pumps. “The discharge end requires constant monitoring on the polymer injection to ensure proper dosage,” he added. “The geotube area must be kept perfectly flat to keep it from rolling, and they must never be overfilled. Constant communication with the dredge operator is a must, as well. The dredge operator controls his cutterhead position with the assistance of a computer and GPS equipment.”

Uniquely, Energy Resources Inc. is a woman-owned operation. After the company made its transition into the dredging industry, Reinhardt said material was processed and sold to industrial users for fuel. In 1986, changes in the energy market made it difficult for the company to sell certain products. So, in 1987, the company moved its original dredge unit out of tailings ponds and into the contract dredge market. “We have not looked back,” said Reinhardt. “With more than 200 dredging projects in the last 25 years, we have numerous repeat customers.”