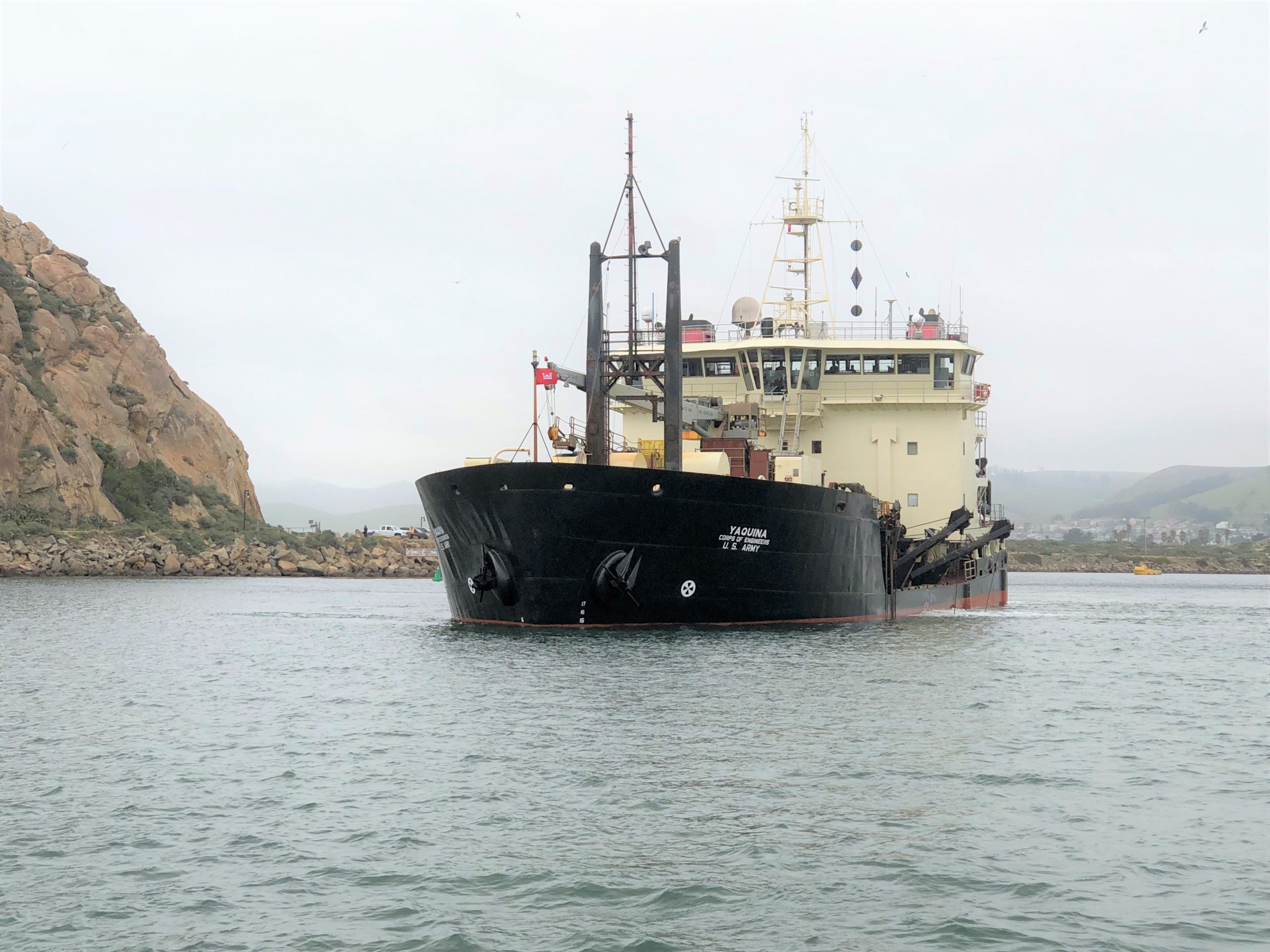 Updated variable frequency drives (VFDs)on the Dredge Yaquina’s drag arm winches are increasing the accuracy and safety of its operations.
Industrial Logic Systems (ILS) designed and provided equipment to replace the VFDs in February and March of this year at Vigor Shipyard in Portland, Oregon.

“It was an extremely fast-paced project. From start to finish all survey, design, construction, removal of old drives, replacement of new drives, wiring, software, commissioning and river trials were performed within two months,” said Steve Sonye, ILS project manager. “Normally a project of this scope would take six to eight months. Industrial Logic Systems was able to accomplish the task successfully with the close teamwork of Vigor and the USACE project teams,” he said.

DESIGN AND INSTALLATION
The Yaquina is a bottom-dump hopper dredge with a capacity of 1,100 cubic yards, commissioned in 1981. Its two drag arms have dredging depths of 55 feet, and the dredge is 200 feet long. With a loaded draft of only 16 feet, the dredge is suited for maintaining the shallow channels and harbors in the Pacific Northwest.

SAFER, MORE ACCURATE, MORE EFFICIENT
“The new drives provide more available electric current to lift the drag arms smoothly for better performance and productivity,” Sonye said. “The drives also have a built-in brake control routine. This brake routine performs a torque-proving function so as not to accidentally release the drag arm-holding brakes before the drive has developed torque. The drive performs a test to see if there is current generated by lightly pulling the cable against the brake. If current is generated, the drive will release the brake with confidence that the load of the drag arm can be controlled without falling,” he said.

“Encoders attached to the winch motors provide speed and position feedback to the drive,” Sonye said. “A unique feature of the system on the Yaquina is that we have split these encoder signals so that besides going to the drive for performance feedback, the signals are also sent to the winch system PLC. The PLC processes these encoder signals using a trigonometric algorithm to provide accurate depth information to the drag tender (operator) and the DQM (dredge quality management) recording system.

ILS engineers performed an on-site survey of the older model Allen-Bradley VFDs installed 10 years ago, which they replaced. They also identified and inspected the existing wiring and took measurements to ensure that the new enclosures would fit into the existing space. It was determined that new VFD cable to the drag arm motors should also be replaced. Existing external wiring was kept as much as possible.
Following the survey, the system design and drawings were made, and the VFD Motor Drives were assembled at ILS’s UL 508 panel shop in Anaheim, California, then shipped to Portland for installation.

Vigor Shipyard’s project manager was Kevin Thompson, who oversaw the physical removal and replacement of the VFD enclosures.
“They are in a tight spot in the forward port and aft trunnion rooms,” Sonye said. “To fit into the area, the drag arm and gimbal drives were installed back to back. A hole had to be cut in the roof of each trunnion room port and starboard to lift the old drives out and place the new drives in,” he said.
Shipyard workers also disconnected the electrical components of the old drives, re-connected the new drives, and ran the new VFD cable to the drag arm motors.

The Yaquina began dredging soon after the retrofit, and completed its annual work in Morro Bay, California, by the middle of May using the new VFDs.

ILS was subcontracted to Vigor Shipyard in Portland, Oregon, and worked with shipyard and Corps personnel to retrofit the dredge with the updated system.