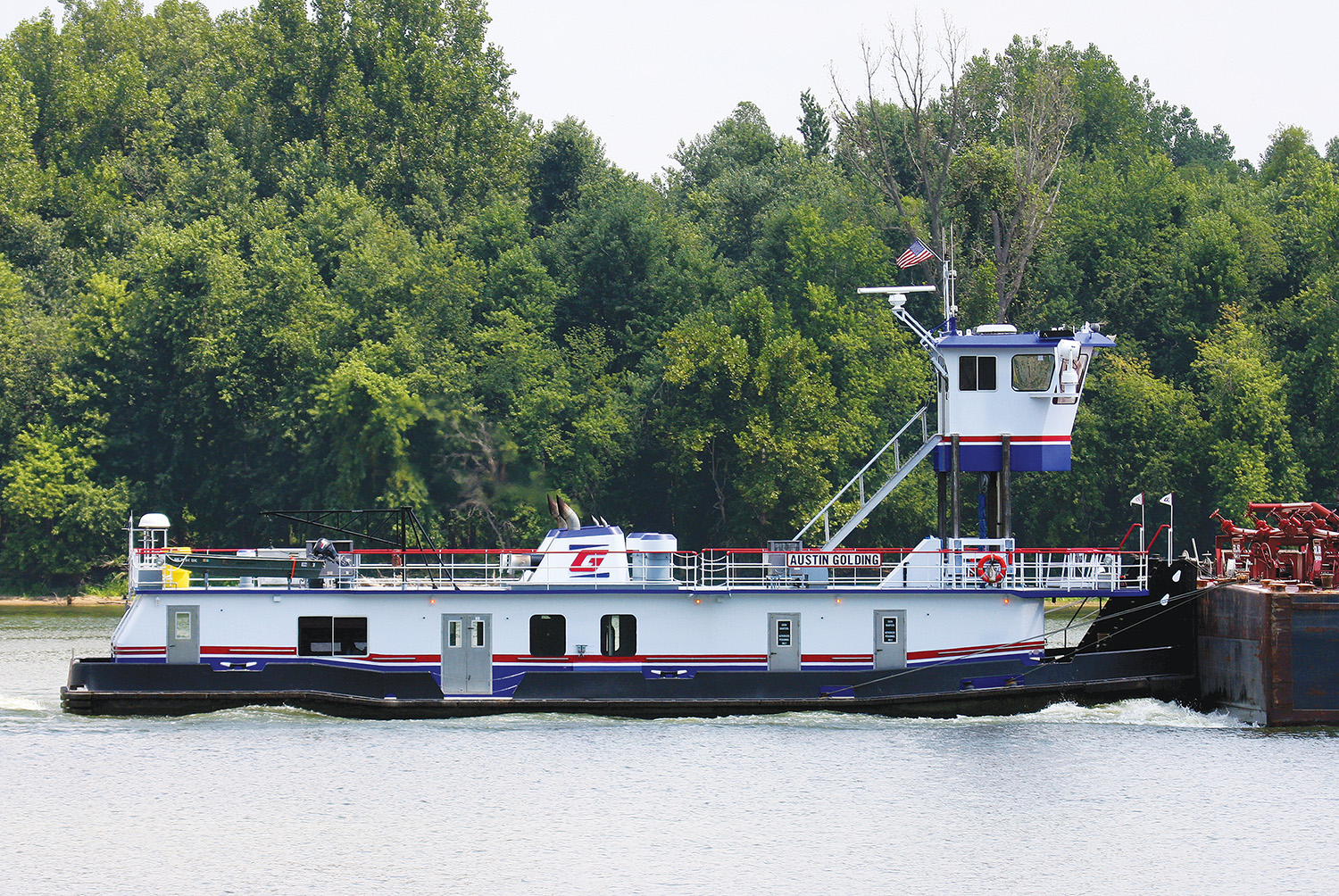 In its annual safety awards luncheon held June 5 in New Orleans, La., the Chamber of Shipping of America (CSA) recognized the crew of Golding Barge Line’s mv. Austin Golding for rescuing a pair of recreational boaters who were stranded July 6, 2017, after their vessel broke down near Panama City, Fla.

More than 200 people representing 74 companies attended the awards luncheon, which was the 60th anniversary of the Safety Achievement Award. Of the 16 vessels and crews honored during the CSA awards luncheon, the mv. Austin Golding was the only inland towboat recognized. The Safety Achievement Award program honors “outstanding feats of safety” related to saving lives, vessels or other property each year, according to the chamber.

“It is only fitting that an industry so focused on safety publicly recognizes the skills and dedication of the women and men who have enabled these many years of safe operations and who are responsible for actions in keeping with the highest traditions of the sea—aid to those in peril,” CSA President Kathy Metcalf said at the awards luncheon.

On the afternoon of the rescue, a brother and sister set out from Panama City’s downtown marina en route to Shell Island aboard their Mako boat, but their boat broke down about a quarter mile from the marina. With their boat drifting away from the marina, the pair was stranded for two hours or more, unable to hail passersby even with an air horn. Then a towboat and its tow appeared on the horizon.

“I believe we had a guardian angel looking out for us, because I saw a barge way off in the distance and they were coming our way,” the sister later wrote in an email to Golding Barge Line.

True to that tankerman’s word, the mv. Austin Golding returned within the hour, tied the siblings’ boat off to the towboat, and towed them toward the marina.

“As soon as they got too close to the shallow water near the marina, the mv. Austin crew lowered the skiff and towed their boat to the marina and tied it off for them,” according to a narrative of the incident from Golding Barge Line. “The man wanted to pass on how impressed he and his sister were of how professional and presentable our crew members were.”

“We are so grateful for your crew to be there and help us out,” the sister said to conclude her email. “Thank you again for the help. … I do pray that all your crews and barges stay safe in your travels.”

Reflecting on the efforts of the mv. Austin Golding’s crew, Casey Stubbs, safety director for Golding Barge Line, challenged all the company’s crew members to remain dedicated to safety and professionalism.

“We are extremely proud of the crew of the mv. Austin Golding for their efforts,” Stubbs said. “Highly populated areas such as this one—probably won’t be the last time an issue such as this presents itself. But when our crews put safety first and act in a professional and sound manner, we can achieve great things.”