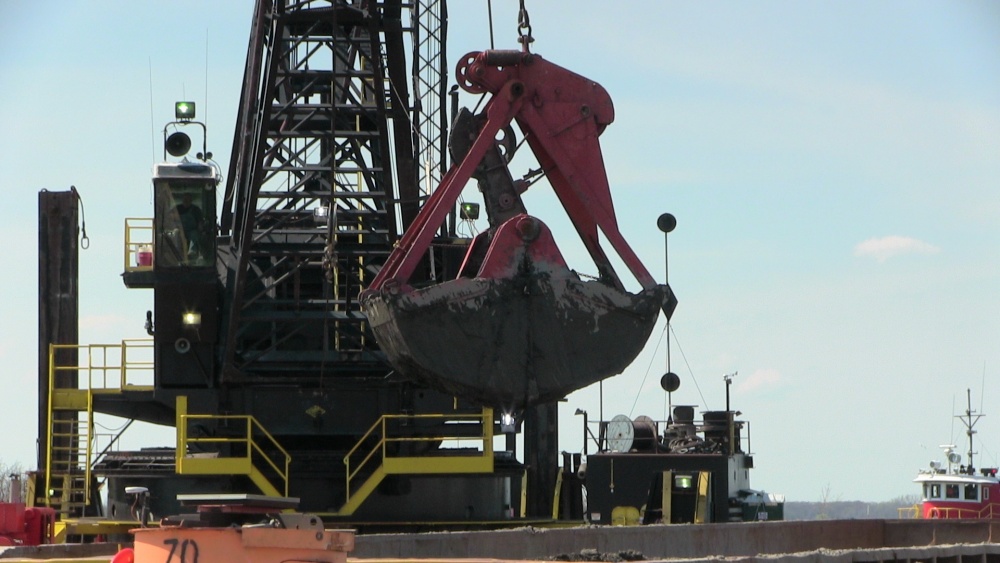 The first beneficial use of dredged material project on the Great Lakes is underway with Luedtke Engineering as the lead contractor. The $3 million contract from the U.S. Army Corps of Engineers Buffalo District began in early June and should be completed later this year.

The Unity Island 204 project is a complement to the existing Unity Island Aquatic and Riparian Invasive Species Management and Habitat Restoration Project that is funded through the Great Lakes Restoration Initiative. In the latter project, the state has been working to control invasive aquatic plants and improve native species. Unity Island 204 expands on this by creating more upland and providing better connectivity for aquatic species.

Since 2005, substantial investments have been made in and around the Buffalo River – a waterway once declared biologically dead – to clean up the water and restore the natural habitat. Earlier this decade, crews removed about 1 million cubic yards of contaminated material during a roughly $75 million cleanup. Now, some of the river’s sediment is clean enough to reuse as fill in environmental restoration projects like Unity Island.
Sheila Hint, project manager with the Corps said, “The project is a double benefit. We are doing beneficial use of the dredged material for environmental restoration. That’s great benefit for the money.”

Hint said, the first step of the Unity 204 project was to remove approximately 55,000 cubic yards of material from the Buffalo River. Material was removed and placed into a 20-foot deep pond on the northern end of Unity Island. Three boats were in constant rotation between the upper reaches of the Buffalo River and the Black Rock Lock. When one was being filled with sediment, another was docked outside the lock as its contents were unloaded 10 cubic yards at a time by a clamshell bucket loader affixed to a crane.

The third boat traveled between the river and Unity Island, either filled with 1,000 cubic yards of dredged sediment toward Unity Island or empty as it headed back toward the river to be refilled. Each boat rotated between each job every three hours.
Crews are constructing a “hemi-marsh” – a shoreline wetland of native pond weeds and grasses above and below shallow water. When work is done the pond will have a maximum depth of 6 feet. This area will be the foundation for five restored acres of prime shoreline habitat.

The heavy construction of the project began in mid-June when a stone dike wall between the Niagara River and Unity Island’s North Pond was opened to create a 50-foot wide channel to create connectivity for fish movement. “While water was able to transfer between these areas, fish were not,” Hint said. The new opening will be reinforced with larger stones being brought on-site, while the removed stone will be used to create a reef at the bottom of the North Pond. A floating boom will be installed across the opening to prevent large debris from accumulating and to prevent boat access to the pond.

Hint said that following completion of the channel, which should wrap up by July 15, there will be a three-year adaptive management program to determine what plants will survive and thrive to ensure longevity of the habitat area. The full project is a joint venture of the Niagara River Greenway Commission, City of Buffalo, Buffalo-Niagara Riverkeeper, and the New York State Department of Environmental Conservation.