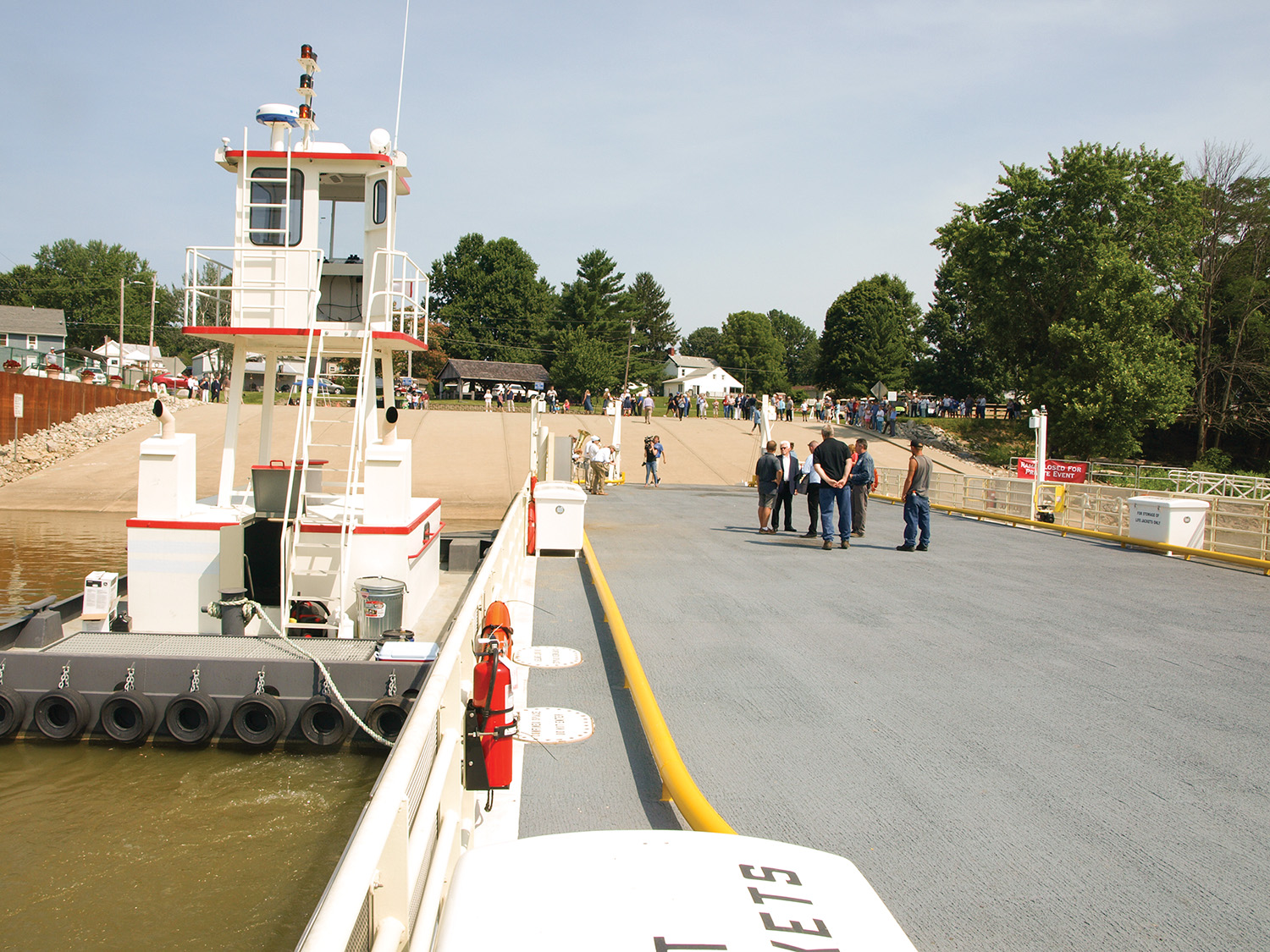 The newest ferry to cross the Ohio River was christened and its new name was revealed at a ceremony on July 12.

The ferry won’t be in service until its landing ramps are finished and final Coast Guard clearances are received. Those should be done and the ferry in service in August.

The MS (for motor ship) Lucky Lady and its 10-car barge will be owned and operated by the Rising Star Casino and Resort at Rising Sun. It will connect Rising Sun with Rabbit Hash, Ky., directly and indirectly with the Cincinnati suburbs of northern Kentucky.

The ferry project is costing the casino about $1.7 million. Its purpose is to increase business at the casino while also servicing the two communities.

Rising Sun and Rabbit Hash are separated by 2,000 feet of river and by 20 miles of highway, said Dan Lee, CEO of Full House Resorts, the parent company of the Rising Sun casino.

Lee said the boat’s name was chosen in a contest in which the public voted. The winner was a close vote, with only 21 votes difference between first and second, Lee said. The other choices were Rising Rabbit, which played on the name of the two communities; the Mildred II, in honor of the previous ferry, which ended service after hitting an ice floe in 1947; and Boaty McFloaty, playing off the famous Boaty McBoatface contest in the United Kingdom.

Once the ferry service is launched in early August, it will run every 15 minutes, seven days a week. Hours of operation are 8 a.m. to 10 p.m. Sunday through Thursday and 8 a.m. to midnight on Friday and Saturday. The ferry can accommodate a 46-foot RV or a tractor-trailer. Fares are $5 one way and $8 for a round trip. Monthly passes and reservations will be available.

The ceremony was held at the Rising Sun boat ramp, but the ferry will operate from a new landing next to the casino, Lee said.