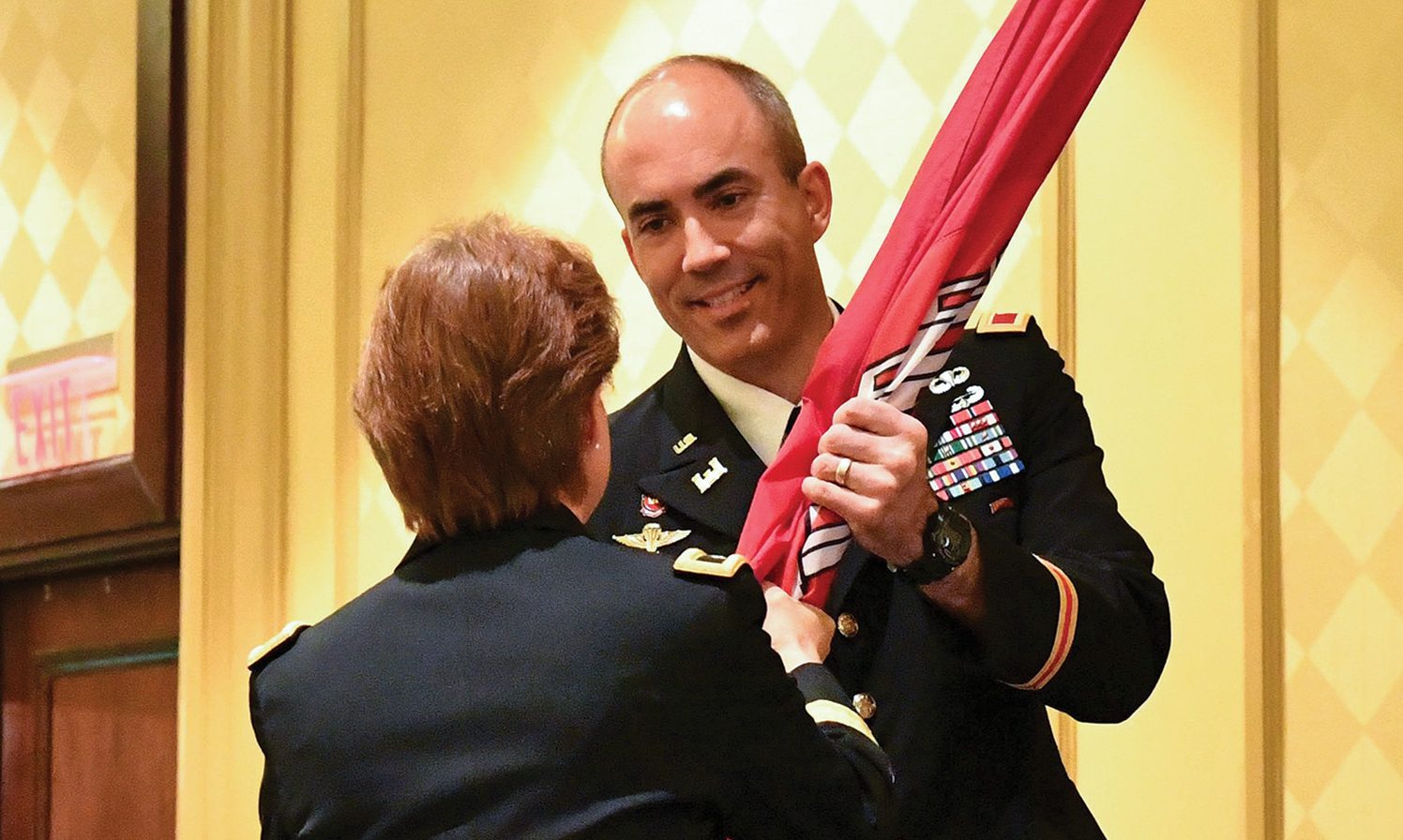 In a ceremony June 29 at the Renaissance Riverview Hotel in Mobile, Ala., Col. Sebastien Joly assumed command of the Mobile Engineer District, relieving Col. James DeLapp, who retired from the Army.

Joly was previously an operations officer in the Directorate of Regional Operations and Global Force Management for the Joint Staff in Washington, D.C.

For Joly and his wife, Vanessa, the move is something of a homecoming; she is from nearby Excel, Ala. After making 11 moves during Joly’s military career, they said they are looking forward to spending three years in the Mobile area.

At a retirement dinner, DeLapp, a native of Barrington, Ill., looked back on an Army career that saw him serve four Corps districts, a former senator and presidential candidate, and in support of peacekeeping and combat operations in Bosnia, Croatia, Kosovo, Iraq and Afghanistan.

As he ended his career as the 52nd Mobile District commander, DeLapp said what he will miss the most is the camaraderie and friendships he has built over the years.

“I am going to miss all of the great people I’ve worked with and the tremendous civilian workforce I was able to spend so much time with,” said DeLapp. “I had a very dynamic career, going to a lot of different places, with 14 changes of location and five combat tours. I had a lot of great friends and experiences and I have lost some friends in combat. I’m going to miss the time spent with them, good and bad. I think we’ve made things better for the world the last 24 years.”

One of the highlights of DeLapp’s career was designing the prison cell that housed Saddam Hussein in Iraq as he awaited trial and eventual execution. DeLapp, an architect by trade, designed the facility from scratch.

He said the highlight of his time in Mobile was the district’s response to helping the people of Puerto Rico after it was devastated by Hurricane Maria last fall.

“Our response and recovery in Puerto Rico was a major effort for the district,” DeLapp said. “I can’t say enough about the work our people did over there. It was monumental.”

The Mobile Engineer District includes a workforce of more than 1,100 personnel who provide project management, construction, and engineer support to the states of Alabama, Florida, Georgia, Mississippi and Tennessee, as well as Central and South America. The district manages a $1 billion military, civil works and international/inter-agency support program that responds to disasters, manages water resource infrastructure, protects the environment and provides facilities for national defense and inter-agency partners.