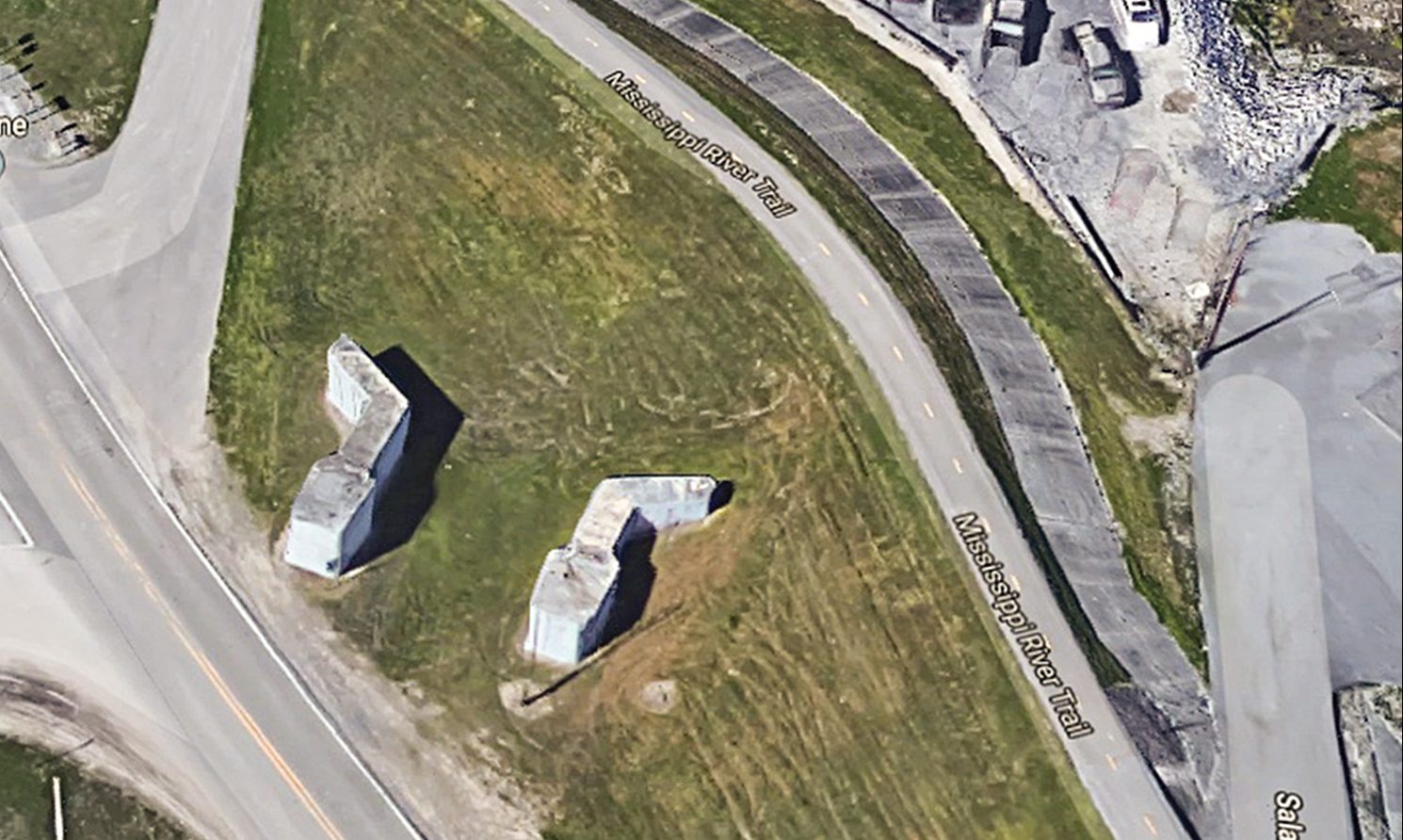 Towboat mariners in the New Orleans area are familiar with the Harvey Canal Lock. It’s that creaky 84-year-old lock that’s barely big enough for three 195- by 35-foot barges plus a boat. But before Harvey was made part of the Gulf Intracoastal Waterway in the 1920s and 1930s, there were actually two west bank canals and locks in the same area, even older and smaller.

For more than a century, there was a navigation canal at Westwego, just 3 miles upriver from Harvey. The lock was exactly where today you’ll find the offices of Progressive Barge Line, across from Six Mile Point.

The two canals did compete with each other, to a certain extent, but they were built with different destinations in mind. The Harvey Canal aimed in a southerly direction, and it facilitated commerce as far south as Grand Isle. The canal at Westwego headed in a more westerly direction, intending to create an inland coastal waterway in the days before there was an Intracoastal Waterway.

The Harvey Canal has earlier roots, dating back to the French colonial period in Louisiana. Jean Baptiste Destrehan and other Frenchmen began digging canals in the New Orleans area in the early 1700s. Some of the canals were for drainage or irrigation. Some were used to bring in building materials, mostly cypress timbers and clam shells. By the late 1730s, cypress boards were a significant export commodity.

Destrehan’s slaves dug his original canal, which was little more than a drainage ditch. It was later widened for use by small boats. Capt. Joseph Harvey married into the Destrehan family and inherited, among other things, the canal. More than one generation of the Harvey family would end up improving and enlarging the canal, and coming up with ways to capitalize on it.

In 1848, the Harvey family established the Canal Brick Manufactory near the river on the upriver side of the canal. The bricks were advertised as being “manufactured from clay excavated from the Harvey Canal and … much stronger made than the alluvial Mississippi deposit….” It was common for upbound steamboats to stop at the Harvey landing and take on a load of bricks.

By 1890, the brickyard had a larger neighbor, the Louisiana Cypress Lumber Company. Cypress logs were towed through the canal from Jefferson, Lafourche and St. James parishes. As many as 300 logs were consumed daily, yielding about 120,000 feet of lumber, and keeping nearly 400 employees busy.

This business had at least three tugboats working. On one trip in 1891, Capt. William Wenzel on the tug Rathbun hauled a raft of more than 2,000 trees out of Bayou des Allemands and Bayou Boeuf and up the Harvey Canal to the mill.

The cypress mill was served by the railroads, but they also had a substantial wharf below the ferry landing. Steamships and sailing ships tied up there to take on loads of lumber for the East Coast, the Caribbean, and Central and South America.

By the 1890s, the place had become an actual town, referred to as Harvey, as opposed to Harvey’s Canal. Like many small towns, it had its leading family in prominent positions.

Horace Harvey was proprietor of the brickyard, president of the Merchants & Planters’ Ferry Company, and member of the school board. He lived at the canal and operated a general store, the Harvey Mercantile Company, next to the brickyard.

The steamer Louise Harvey was owned and commanded by Capt. H.A. Harvey. The boat made regular trips carrying passengers and freight between New Orleans and Grand Isle.

During the fishing seasons, Capt. Frank Harvey carried sport fishermen from the city out onto the bayous on his boat, Frolic.

Capts. Harvey had plenty of company transiting their canal. There were excursion boats, passenger and freight packets, luggers bringing fish and seafood and produce to the city, mail boats, logging boats, and more.

The most surprising thing about Harvey’s Canal in the early days is that it had no lock. The canal was not directly connected to the river until 1907. Before that time, passengers from New Orleans would cross the river on the Louisiana Avenue ferry, then walk across the levee to board a steamboat on the canal. Small cargo boats were carried across the levee on a “submarine railway,” a mule- or horse-drawn contraption with rails coming out of the water on one side of the levee, then over the levee, and down into the water on the other side.

Upriver at Westwego, they were more high-tech. They had a lock. In fact, they had more than one lock.

There was a canal there before Westwego was called Westwego. The canal itself had a number of different names over the years, including Company Canal and Westwego Canal. But originally it was the Barataria and Lafourche Canal.

This canal project was started in 1829 by Dr. Walter Brashear, a plantation owner, and New Orleans Judge Charles Derbigny, the governor’s son.

By this time, large cotton and sugar cane plantations had been established in southern Louisiana, west of New Orleans, but transporting those crops to the New Orleans market was difficult. The major distributaries, including Bayous Lafourche, Terrebonne, and Teche, and the Atchafalaya River, ran basically north- south.

Brashear and Derbigny wanted to build a waterway connecting New Orleans with southwest Louisiana. Their plan was to dig short east-west canals to link natural waterways—lakes and major bayous—that flowed more or less in the right direction.

It took more than 10 years just to get the waterway complete from the Mississippi River to Bayou Lafourche. Digging was done by manual labor as well as with a primitive dredge consisting of one iron bucket. They made progress at a rate of only about 300 feet per month, digging a canal 37 feet wide and nine feet deep.

Locks were needed where the east-west canal crossed the major bayous. The first locks built were made of cypress timbers—at Lockport, for example, where the canal crossed Bayou Lafourche.

Periodic flooding filled the canal sections with mud and debris. Dredging and clearing snags turned out to be an endless job. The state government got involved, buying shares in the canal company, and even sending slaves to help dig the canal.

In 1852, the state got more involved, helping with construction of more substantial locks built with bricks and cement. The gate sills were cypress, with cast iron gate post quoins. Ninety-six slaves worked on the Lockport lock, along with a smaller number of paid laborers.

The lock at the east end of the canal, at the place later known as Westwego, was designed to be 25 feet wide and 130 feet long, with a six-foot clearance over the sill at low river. The lock was made high enough to be at least two feet above the high water mark of 1849.

In 1859, Louisiana withdrew support for the canal, partly because Louisiana taxpayers objected to subsidizing a private canal that charged tolls. That was the end for Brashear and Derbigny. After three decades, their original Barataria & Lafourche Canal Company had failed to complete the canal. The bankrupt “Company Canal” was bought by Robert Barrow, a plantation owner.

Barrow’s son completed the canal to Lockport and beyond through Bayou Black and other waterways. By 1911, he had the waterway navigable from Westwego to the Atchafalaya River.

The World War I era turned out to be a boon for both the Harvey Canal and the Company Canal. The area to the west of New Orleans was 10,000 square miles of productive land and water, a source of seafood, cattle, vegetables, sugar, rice and more, all of which had to be shipped to a city bustling with shipbuilding and other war production.

In four years of war, use of the canals more than doubled. The two canals, with additional traffic from boats coming up the river and through Lakes Borgne and Pontchartrain, provided New Orleans with virtually all of its vegetables, much of its rice, nearly half of its sugar and syrup, nine-tenths of its game, about 75 percent of its oysters, and a large part of its shrimp, fish and other seafood.

The war years also impressed upon the federal government the need to improve the inland waterways, to relieve congestion on the nation’s railroads. As part of that, the decades-long campaign in favor of an “intercoastal” waterway from New Orleans to Texas finally went into high gear.

In 1918, a new Westwego lock was built, with a chamber measuring 210 feet by 30 feet, 7 inches, with 8 feet over the sill. In fact, the company had had to build new locks in 1870 and 1904 as well. Each time it wasn’t because of structural deficiencies or inadequate capacity. It was because the river at that spot kept eating away at the bank. The company kept tacking on lock chambers farther and farther inshore.

Each succeeding lock chamber was three feet higher than its predecessor.

The 1918 lock was illuminated by electric lights, powered by a gasoline generator. The company considered “operation of boats in the canal by a trolley,” but material costs were out of their reach.

The Barrow family had been looking for a buyer for their canal, and in 1925 the federal government basically became that buyer, incorporating most of the Barataria and Lafourche Canal into the new Intracoastal Waterway. The government did not, however, buy the Westwego lock, or the original stretch of canal from there to Bayou Lafourche. They instead circled around farther to the south and east, and used the Harvey Canal instead.

The Corps of Engineers began planning and building a new, larger lock at Harvey, which they completed in 1934. That’s the same lock that we use today, when we have to.

Only five years after the present-day Harvey Lock was completed, the marine industry was already complaining that it was too small. In 1939, there were suggestions that another, larger lock should be built at the site of the old Westwego lock. A new lock was eventually built, but it was at Algiers, Mile 88 AHP. The Westwego site was abandoned, and the locks condemned.

If you visit Westwego—or take a look at a satellite view online—you’ll see the remains of the lock at the foot of Louisiana Avenue (in Westwego, not New Orleans). When the Corps built a new levee at the site of the closed lock, they used bulldozers to try to knock down the concrete walls that held the miter gates at the ends of the lock chamber. The giant blocks wouldn’t budge, so the engineers decided to build the earthen levee around them. So, on the River Road side of the levee, two large, odd-shaped blocks stick out, like an unmarked monument to the old waterway.

What you might not see online is that, just on the other side of the levee, there’s another pair of concrete blocks that held the mitre gates for the river end of the lock chamber. You won’t see that from overhead, because the Progressive Barge Line office was built right on top of those blocks.