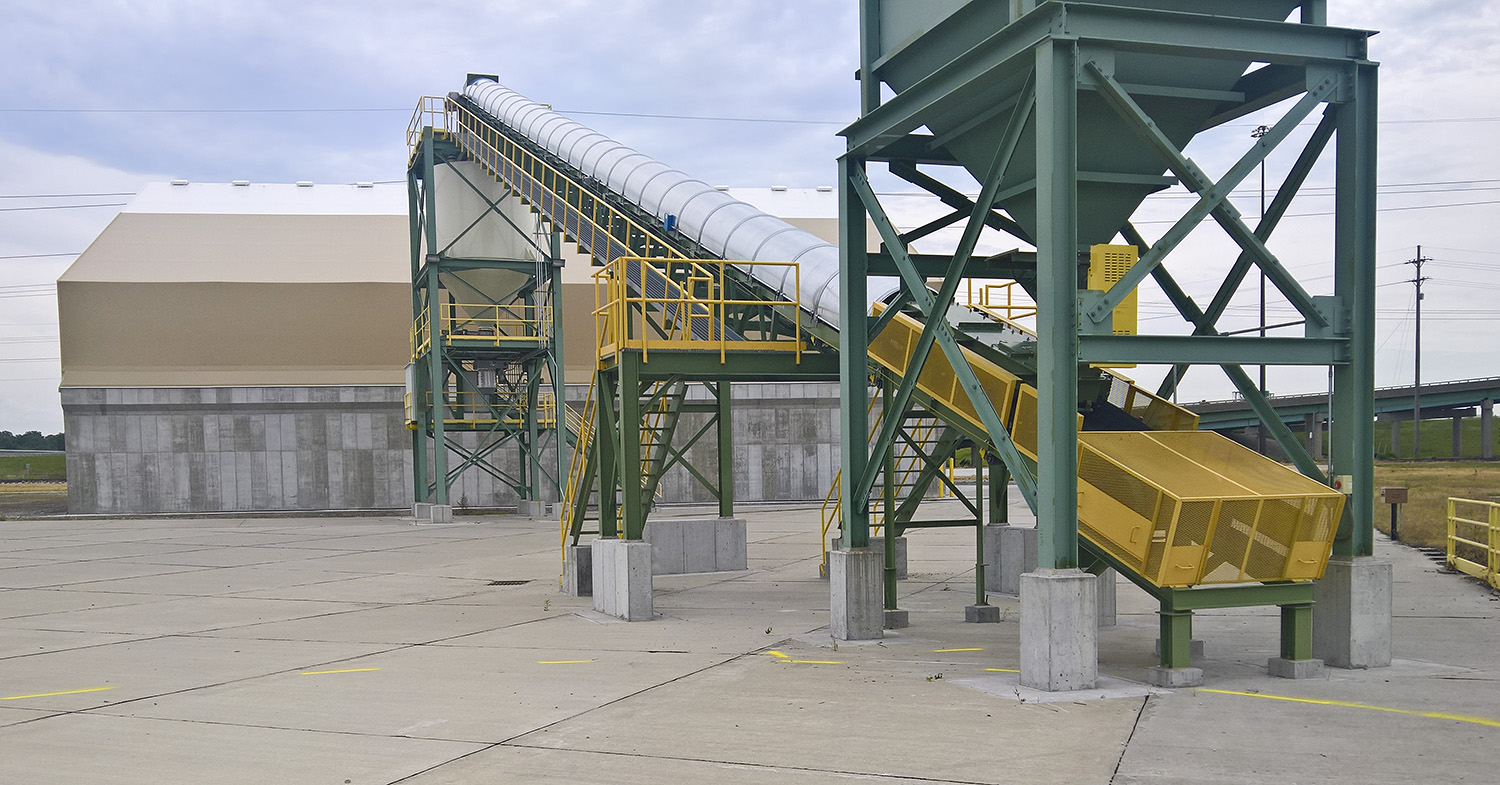 According to Brad Lau, executive director of the St. Joseph Regional Port Authority, the DDGs were a custom blend from ICM Biofuels’ ethanol plant in St. Joseph and two other ethanol plants in the region. Gavilon Ingredients was the shipper of the load, which is destined for export from the Gulf of Mexico. The DDGs had previously been bagged and shipped by truck, said Lau.

The company operating the port, Transport 360, is a division of MK Minerals that officially began its existence June 1. Bill Becker, the CEO of both Transport 360 and MK Minerals, told The Waterways Journal that he sees great potential for expanding Missouri River barge traffic. In January, the port completed a long-awaited bulk indoor storage facility that Becker hopes will increase interest in the port.

Familiarity with its agricultural customers and close cooperation with barge companies led Transport 360 to approach the Port of St. Joseph when its operator lease came up for renewal, said Becker. “While this is a new industry for us to be tapping into, we do have expertise in loading and logistics. I did some research and was very aware of how the highways are overstretched while the waterways are underutilized,” said Becker. “We liked the name ‘Transport 360’ because it suggests all the possibilities of total transport.”

Becker said the agreement with the port made sense from a number of angles. As port operator, Transport 360 has contracted with another St. Joseph company, Brooner Construction & Crane, for offloading services. “That way,” said Becker, “any specialized equipment that might be needed can be taken to the port; it doesn’t necessarily have to be there all the time.” The same flexibility holds for the conveyors and loaders owned by MK Minerals, which is conveniently located near the port, just 3 miles away (on the Kansas side of the Missouri River).  Becker said while it is likely that bulk agricultural products will probably make up most of the port’s business, that arrangement gives the port the flexibility to handle steel coils and other heavy-lift cargoes.

Becker comes to the transport industry from a farming background. He grew up on a farm and his son also farms, which “allow[s] me to be a weekend warrior,” he jokes. For 8 years before he joined MK Minerals, Becker was founder and CEO of a food company, Lifeline Foods, that supplies brand-name food companies.

MK Minerals, headquartered in Wathena, Kan., has been producing pelletized high-calcium lime since 1999.  In 2000, the company expanded its customer base beyond the farming community when it began offering bagged products for customers with residential turf and landscaping needs. It opened a second plant in 2013.

Becker said he thinks the market potential is great enough for this type of bagged product to eventually move by barge on the Missouri River, along with more traditional bulk ag products. He welcomes the revival of Missouri River barge traffic and the plans of other river towns like Jefferson City to develop their own terminals.

“The more river traffic there is, the better for everyone,” he said.