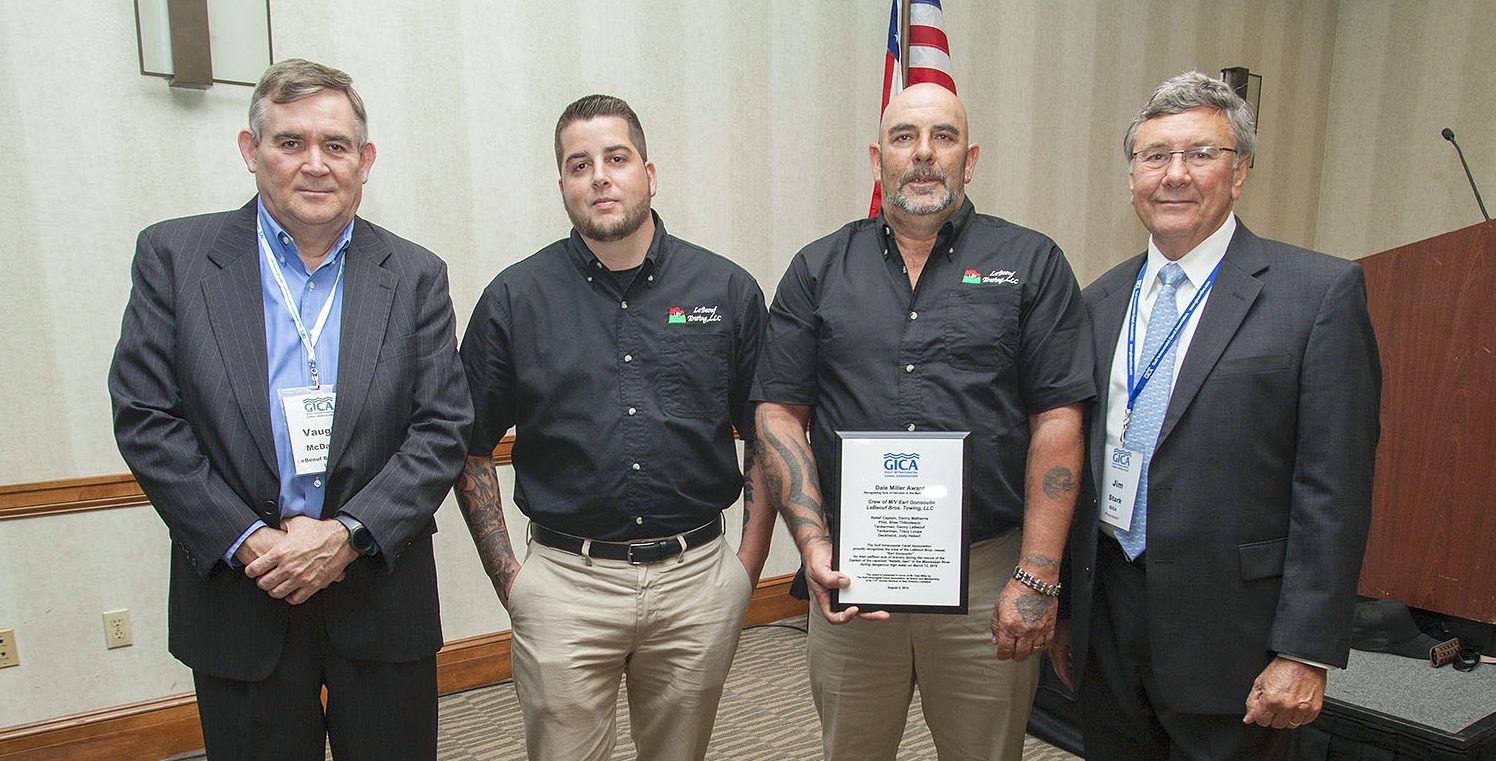 Topics discussed at the 113th annual seminar of the Gulf Intracoastal Canal Association (GICA) were as varied and diverse as the communities and cargoes that touch the waterway and the operators that work upon it.

Operators and business leaders gathered in New Orleans, La., at the Westin New Orleans Canal Place hotel for the seminar August 1–3, with presentations and discussions ranging from liquified natural gas (LNG) and navigation challenges to a look back at the 2018 high-water season and the 2017 hurricane season.

Representatives from the National Oceanic and Atmospheric Administration (NOAA), the U.S. Coast Guard and the U.S. Army Corps of Engineers teamed up to offer a debriefing on the 2017 hurricane season, which proved to be one of the most destructive in history. Hurricanes Harvey, Irma, Maria and Nate all impacted the United States and Puerto Rico last year. Hurricane Harvey proved to be the second costliest hurricane in U.S. history, with Harvey, Irma and Maria all landing in the top 10. Harvey, in particular, disrupted navigation on the Gulf Intracoastal Waterway (GIWW), with historic rainfall across much of the Texas coast leading to a huge sediment load reaching the canal and causing draft restrictions and even complete closures last summer and fall.

Tim Osborn, navigation manager for NOAA, urged those present to look beyond hurricanes and even hurricane season when planning for and responding to weather-related threats.

“It’s not just the named storms that we’re going to have to deal with,” Osborn said. “It’s the unnamed storms.”

A great example of an “unnamed storm” would be the August 2016 rainfall in the greater Baton Rouge, La., area that dropped up to two feet of rain in a short amount of time.

“It’s not just what’s written on that paper,” Osborn said, referencing action plans dealing with hurricanes and high water. “You have got to take that as a living document and adapt to whatever that storm brings.”

Chris Frabotta, deputy chief of the operations division and chief of navigation for the Galveston Engineer District, looked back at the efforts federal agencies and the maritime industry took to restore navigation following Hurricane Harvey. Besides surveys, restoring aids to navigation and managing the movement of cargo, the Galveston District had to oversee a massive fleet of dredges.

“At one time, we peaked out at managing 15 dredges on contract,” Frabotta said.

Frabotta added that the Gulf Coast Inland Waterways Joint Hurricane Response Protocol was crucial to managing and recovering from the hurricane, as was the utilization of his district’s e-hydrographic survey system.

The GICA seminar also focused attention on the 2018 high-water season, with GICA President Jim Stark and former GICA Board Chairman Rob Sadler recognizing a pair of LeBeouf Towing captains for their heroic actions in response to the March 12 sinking of the mv. Natalie Jean. Shane Thibodeaux, former pilot of the mv. Earl Gonsoulin, and Danny Mathern, relief captain on the Earl Gonsoulin, were part of the crew that not only captured the Natalie Jean’s barge that broke away but also pulled that vessel’s captain out of the water. The Natalie Jean sank when it hit an anchored ship’s anchor chain. Two crew members drowned.

Attendees later heard a panel discussion regarding the movement and bunkering of LNG on the GIWW and the future of LNG-fueled vessels, not only on international waters but also on the inland waterways of the United States. Speaking on that subject were Conrad Industries’ Beau Berthelot, representing Conrad LNG, which built the Clean Jacksonville, the first LNG bunker barge built in the United States; Shaunt Hartounian, vice president of business development and strategic initiatives of Eagle LNG Partners; and Lt. Cmdr. Dallas Smith, detachment chief for the Coast Guard’s Liquefied Gas Carrier National Center of Expertise.

All three panelists indicated the question of LNG-fueled inland vessels was a matter of “when” rather than “if.”

As always, the seminar also featured invaluable presentations from Mike Toohey, president and CEO of Waterways Council Inc., who discussed waterway infrastructure from a Washington, D.C., perspective, as well as a lively operators’ panel discussion, which focused primarily on Calcasieu Lock.

GICA members also elected a new board of directors for the 2018-2020 term, including Buffalo Marine Service’s Tom Marian as chairman and Canal Barge Company’s Mary McCarthy as chairwoman-elect.

Caption for photo: Jim Stark, president of the Gulf Intracoastal Canal Association, recognizes members of LeBeouf Towing for their response to the March 12 sinking of the mv. Natalie Jean on the Mississippi River in New Orleans. Pictured are, from left to right, Vaughn McDaniel, operations manager for LeBeouf Bros. Towing; Shane Thobodeaux, former pilot aboard the mv. Earl Gonsoulin; Danny Mathern, relief captain on the Earl Gonsoulin; and Jim Stark, GICA president.