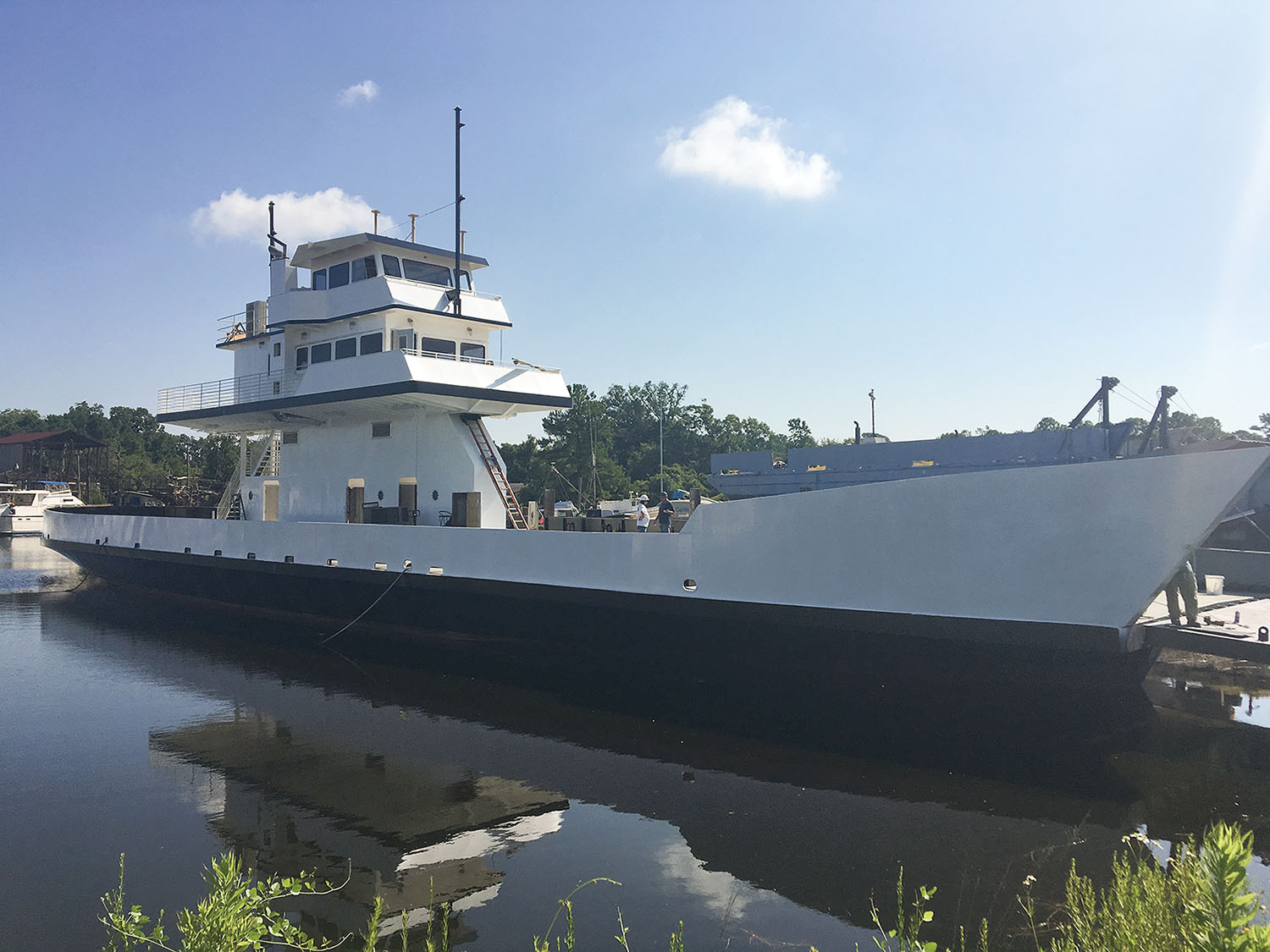 Steiner Shipyard of Bayou la Batre, Ala., recently completed the mv. Grand Vic, a car and passenger ferry for service in the U.S. Virgin Islands. Its hull was originally built on spec, then laid aside while the shipyard waited for business to improve.

The Virgin Islands company operating the ferry is Love City Car Ferries, started in 1998 and owned by Anecia and Llewelyn Sewer. Llewelyn’s father, also Llewelyn Sewer, was a radio disc jockey in the 80s who coined the nickname “Love City” for St. John. At one time, three families operated car ferry services in St. John, but Love City is the only one operating presently.

Love City’s first vessel, built in 1957, was the Capt. Vic. Since then, all of its vessels have the name “Vic” in their names in honor of the family patriarch, Capt. Victor William Sewer, the first harbormaster of the Virgin Islands Port Authority and a founder of a ferry service from St. John to the nearby British Virgin Islands.

In September 2017, Hurricanes Maria and Irma struck the Caribbean, devastating Puerto Rico and the Virgin Islands. Out of Love City’s six vessels, only two survived; three were sunk, and another damaged. Love City’s Island Vic was sunk at a complete loss.

With the insurance settlement, Sewer ordered a new vessel. Love City Car Ferries had a long relationship with Steiner Shipyard, which had built two of its previous ferries.

The new Grand Vic will hold up to 60 cars along with passengers. In the wake of the storms, the two vessels that survived the storms carried food, fuel and construction materials from St. Thomas to St. John.

“We’ve known Llewelyn for years,” said Tara Marshall, vice president of Steiner Shipyard. “We’ve repaired his boats, built his boats and helped finance his boats. As soon as we got word that he needed a boat, we started to work using the spec hull we had previously started, with design changes made by Llewelyn.”

Sewer said he is upgrading the fleet and plans on adding new vessels.