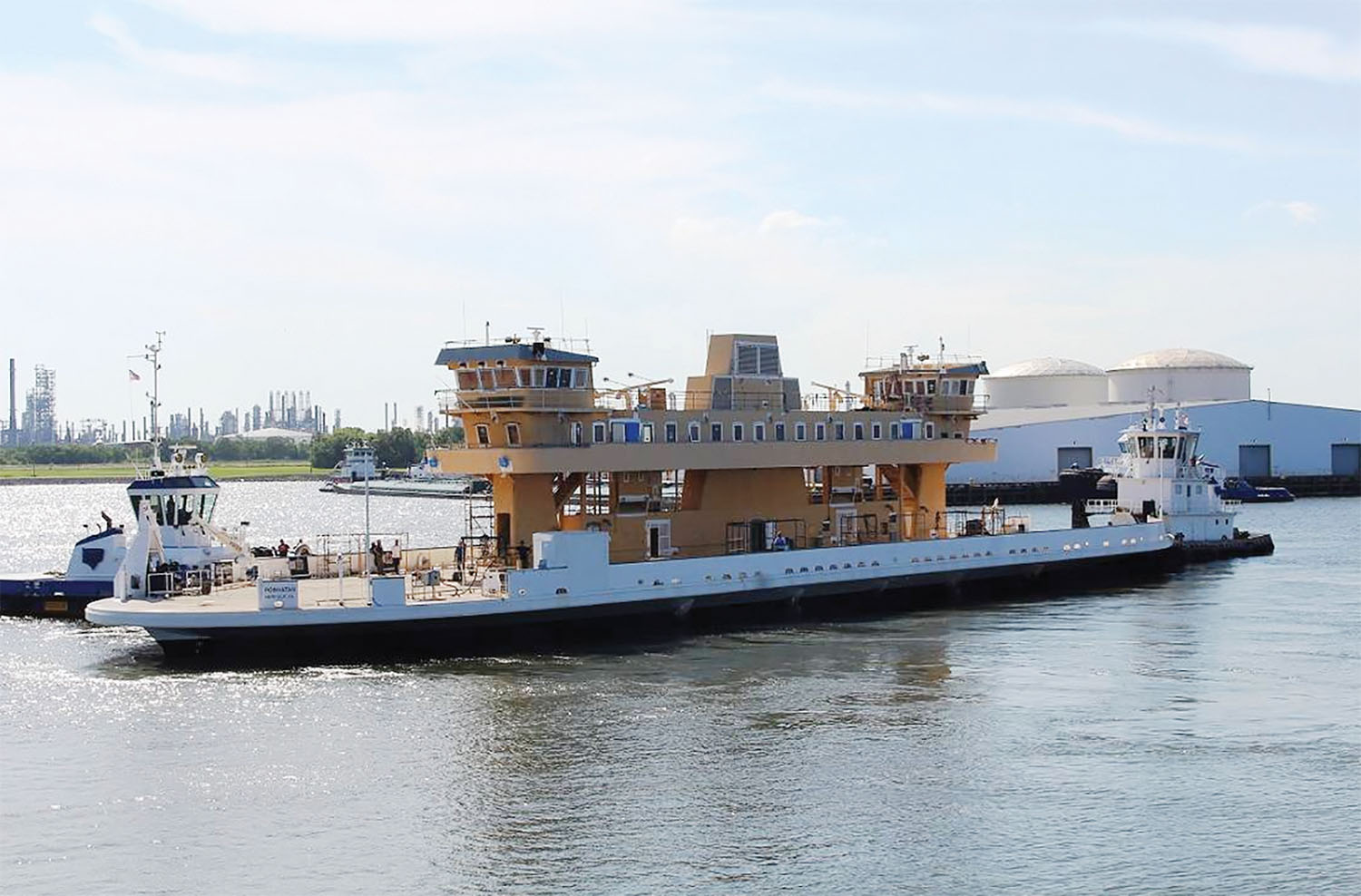 In November 2016, VT Halter Marine was awarded the contract for the design, construction and delivery of the new 499-passenger, 70-vehicle ferry that will replace the current vessel, the Virginia, which was built in 1936.

Measuring 270 by 65 by 15 feet, the Powhatan can hold up to 14 trucks or buses and can accommodate up to 150 passengers in the passenger cabin on the upper deck.

“We are honored to be given another opportunity to fulfill the shipbuilding needs of the VDOT,” said Ronald Baczkowski, CEO of VT Halter Marine. “We hope that the Powhatan delivers many years of great performance on par with the prior ferry, the Pocahontas, that we had designed, built and delivered in 1995.”

“The launching of the Powhatan will add more capacity and travel time reliability for ferry passengers on both sides of the James River,” said Chris Hall, VDOT Hampton Roads District Engineer. “We are very excited to add it to the Jamestown-Scotland Ferry fleet this fall.”

The Powhatan is designed and certified according to ABS Rules for Building and Classing Steel Vessels for Service on Rivers and Intracoastal Waterways, US 46 CFR, Subchapter H, Passenger Vessels. It has also met the accessibility requirements of the Proposed Accessibility Guidelines for Passenger Vessels, United States Access Board.