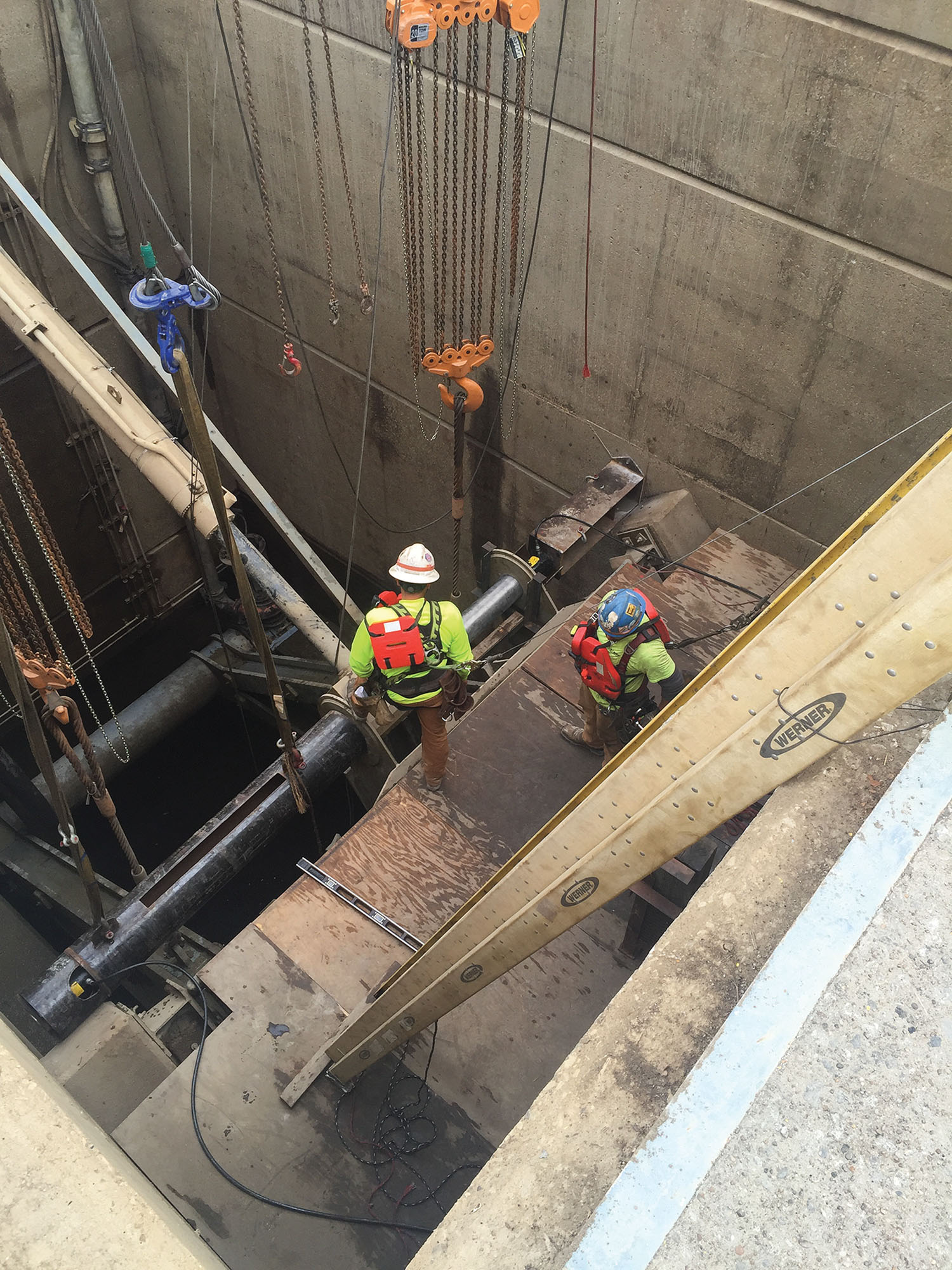 In 2014, C.J. Mahan Construction Company out of Columbus, Ohio, was contracted by the Corps to do several projects at Olmsted Locks and Dam. The project consisted of replacing hydraulic cylinders on eight miter gates and culvert valves in the lock chambers, and the installation of an automated control system for locking operations, in addition to other projects that were wrapped up in 2016.

The project amounted to a major rehabilitation of the locks, which were completed in 2004 but had never been in service because the dam wasn’t completed.

Project Manager Tim Ward, who has a 20-year history with the company, arrived at Olmsted in April 2015. Later that same year, Tropical Storm Bill impacted the duration of the low-water season by six weeks, which slowed the company’s work at the project site. “We overcame this impact by working two shifts during that time period since we had the resources available,” said Ward. “The Corps of Engineers responded by making sure that they had quality assurance coverage for the second shift since it was in everyone’s best interest to mitigate any delays.”

The company said that it originally envisioned its work at Olmsted to take two seasons, in which time it would maintain one lock chamber to keep available at all times. Instead, the company proposed, and the Corps agreed to an acceleration of the contract whereby work in both chambers would be completed in 2015. The balance of work completed in 2016 consisted of removing and replacing hydraulic cylinders that were delayed due to a material design change initiated by the Corps, according to C.J. Mahan. This work, however, was completed in 2016 without dewatering the lock chambers and with minimal disruptions to lock operations.

“We have been working with the Corps since 2000, and we have seen the impact that Olmsted has had on the Corps’ ability to fund other projects,” said Ward. “The completion of the Olmsted project will finally enable the Corps to fund other projects that are critical to the industries operating within the navigable waterways of the United States.”

Founded in 1977, C.J. Mahan Construction Company is a regional heavy-civil and marine contractor. It also operates a harbor facility on the Ohio River outside of Cincinnati.