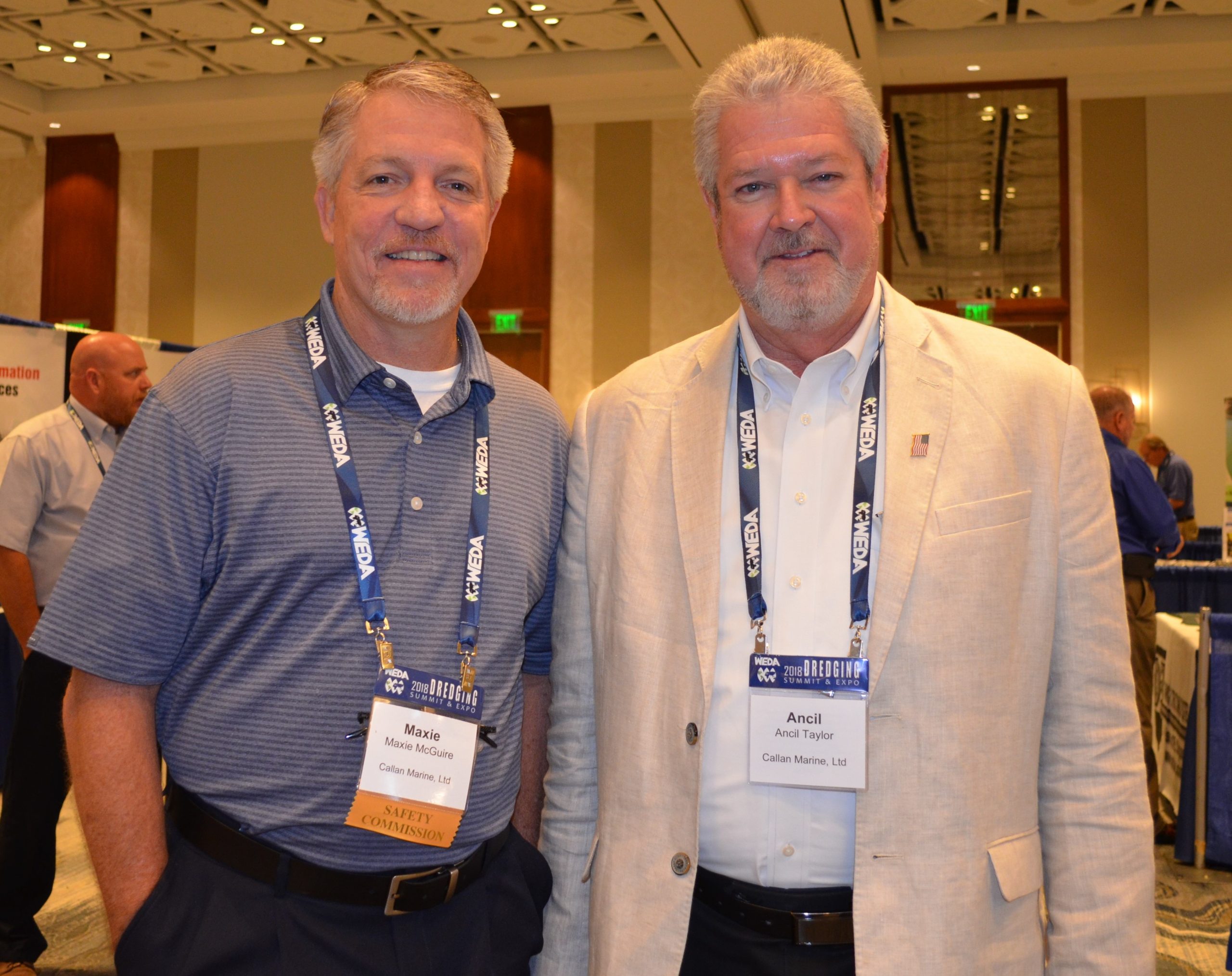 Callan Marine, Ltd. acquired the assets of Bean Coastal, LLC, a subsidiary of CF Bean, LLC, at the end of 2017.

The reason for the purchase was to acquire the engineering and construction of the 31.5-inch cutter suction dredge General MacArthur that Bean is designing, Callan President Maxie McGuire said.

Longtime Bean executive Ancil Taylor has joined Callan Marine as executive vice president, and Jim Bean, his son James Bean, George Martinez and Stanley Hamidjaja also joined the Callan team to continue work on the new dredge, which has been ongoing since 2015. The team is working from an office in Belle Chasse near shipyard C&C Marine, where the dredge will be built.

The dredge will have an ABS classification for offshore operation, to allow Callan to bid on large projects such as beach nourishment, entrance channels and major navigation channels on the Gulf Atlantic and Pacific Coasts, McGuire explained.

CF Bean has roots back to the 1940s, and Jim Bean has been at its helm for more than 50 years. He provides the engineering and design expertise for the dredge.

“The General MacArthur will be one of the most efficient and technologically advanced dredges to ever enter the USA dredging market,” Bean said.

“We have historically worked in the private market in West Louisiana and the Texas Gulf Coast,” McGuire said. “This included work on inland waterways maintaining berths for the oil and gas industry, stevedoring clients, and the Texas Department of Transportation, in addition to small navigation jobs for the Corps of Engineers,” he said.

“The dredge is about 50 percent finished,” he said in early August, “with all the engineering done and major components acquired. We should have something in the water by the beginning of 2019.”

“This investment reinforces our belief in the U.S. dredging industry and the Jones Act,” McGuire said. “We firmly believe that our market is as strong as ever and needs quality vessels to continue to support our dredging and maritime industry.”

Callan Marine, Ltd. is based in Galveston, Texas, and has a record of zero lost time incidents in over five years. A company news release states that “Callan Marine is committed to safety, integrity and quality in the dredging industry.”

The new dredge’s hull and superstructure will be fabricated in C&C’s 230,000-square-foot enclosed shop area, then transported to a drydock for completion and launch.