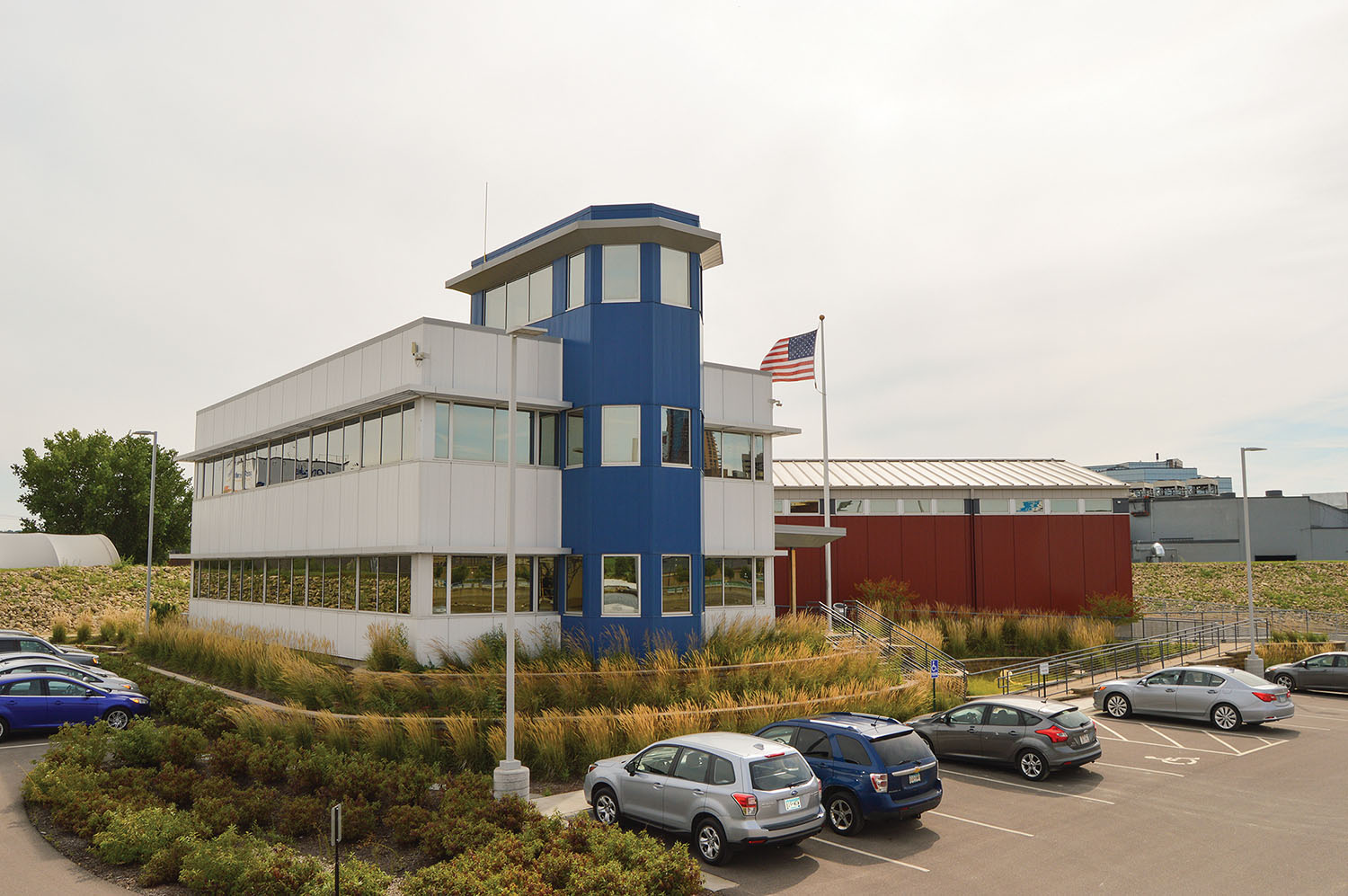 On the Mississippi River in St. Paul, Minn., there’s a towing company and river operator that’s been quietly making waves in and around the Twin Cities and building a legacy of excellence since 1984: Upper River Services LLC.

At Upper River Services’ State Street facility, located on the west bank of the river directly across from downtown St. Paul, the company provides tank and dry cargo barge cleaning, barge repair and drydocking. At the St. Paul Port Authority’s Red Rock Terminals location at the downstream end of St. Paul and on the east bank of the Mississippi River, Upper River Services offers dry cargo barge cleaning, as well as land-based repairs via a marine way system.

Next year will make 35 years in business for Upper River Services, but the roots of the company go back much farther.

“We are what was the St. Paul division of Twin City Barge,” said Upper River Services President Lee Nelson, referencing Twin City Barge & Towing, which was founded in 1950.

Nelson joined Upper River Services in 1986, first serving as a pilot. He’s led the company since 1991.

“We provide fleeting, switching, cleaning and repair services to the inland navigation system in the Twin City area,” Nelson said.

And as the lone harbor operator in the St. Paul area, Upper River Services takes its role as the face of the barge industry in the Twin Cities region seriously. That’s apparent, first, with the company’s headquarters, located on State Street near the Lafayette Bridge, directly across from the St. Paul riverfront.

Upper River Services’ headquarters was previously near its current site, but had been displaced due to a state bridge project in the area.

“When we came back, we needed to construct something for our offices, and the port authority asked if we could make something of a statement about the working river,” Nelson said.

The Upper River Services team took that request to heart, designing a building sure to remind residents in St. Paul of the city’s maritime past and present.

“We like to think it creates an image of the working river,” Nelson said. “Parts of it may look like a towboat, and parts may look like a barge. So there’s a little bit of symbolism. Our office today is about 80 feet off the river, with a clear view of the St. Paul riverfront.”

Upper River Services completed its headquarters about a year and a half ago.

The company has also undertaken another type of build program recently with the conversion of two of its towboats to more fuel-efficient main engines and generators. Upper River Services has partnered with Environmental Initiative (EI), a Minneapolis, Minn.-based nonprofit that promotes sustainability and fuel efficiency. EI’s Project Green Fleet is a partnership between Environmental Initiative and the Minnesota Pollution Control Agency’s DERA program (Diesel Emissions Reduction Act). The project has retrofitted, thus far, 4,600 diesel vehicles in Minnesota with emission scrubbers, including every eligible school bus in the state.

In 2015, Upper River Services, through Project Green Fleet and the DERA program, repowered the mv. Becky Sue, a 56- by 20-foot retractable pilothouse towboat built in 1977 by Dravo SteelShip Corporation in Pine Bluff, Ark.

“They tell us that one repowering was the equivalent of taking 12,000 vehicles off the road per year,” Nelson said. “That’s a pretty big impact, in my mind.”

EI approached Upper River Services again about identifying a towboat that could be repowered, and just last winter the team completed a second repower project, this time aboard the mv. Itasca, a 65-foot by 24-foot twin screw towboat built in 1973 by Rayco Shipbuilders & Repairs in Bourg, La. The repowering aboard the Itasca resulted in the equivalent of removing 16,000 cars from the road annually.

“We think that’s been a successful endeavor, and we hope to do another boat in the fairly near future, if the stars all align,” Nelson said.

Heroics On The Water

The excellence at Upper River Services goes far beyond the company’s new headquarters and repowered towboats. Twice over the past few months, Upper River Services team members have been recognized for their fast action and watchfulness on the water as they’ve saved several people in danger of drowning in the Mississippi River.

The first incident happened May 2 and involved a pair of URS barge cleaners. One of those workers had just walked outside for a break when he saw something out of the ordinary in the river.

“He stepped outside to take a break and saw somebody out in the river,” Nelson said. “He hollered “Man overboard!” and several other guys fired up a small work boat we’ve got there with a flat in front of it. It was three mechanics and a barge cleaner.”

The rescue crew caught up with the man about a quarter mile downriver, Nelson said, and pulled him out of the water.

“We’re very proud of what they did,” Nelson said.

Representatives from the Ramsey County Sheriff’s Office and the U.S. Coast Guard recognized the URS crew members in June, awarding them certificates of merit.

Then on June 21, another URS crew aided in the rescue of two cousins, a 10-year-old boy and a 14-year-old boy, who had fallen into the river and had been swept away in the swift current. The two boys had hiked from downtown St. Paul, across the Wabasha Street Bridge and down to Raspberry Island. The island is about a quarter mile upriver from Upper River Services’ State Street terminal. Once on the island, the cousins went to play on the steps at the river’s edge. One of the cousins lost his footing and fell in. The other boy, unable to reach his cousin, jumped in after him and was also swept away.

Downriver at the URS facility, several team members heard the call go out over the radio of two boys in the water.

“Three mechanics and one other person fired up the boat—the same boat,” Nelson said.

One boy laid hold of a bridge pillar just down from the island. That boy was eventually rescued by a Union Pacific crew and a pair of ironworkers from another worksite upriver. The other boy drifted a bit farther, eventually catching hold of a log stuck at the bow of a barge. The Upper River Services rescue team inched the URS vessel toward that boy, with one crew member reaching down from the bow of the small flat barge, eventually taking hold of him and pulling him aboard.

“We feel fortunate that we were in the right place at the right time with some of the right equipment,” Nelson said. “In order to get to him, the flat on the front of the boat was able to work in underneath those rakes, whereas a boat would not have been able to get underneath there. That’s how those guys were able to reach the boy.”

The Coast Guard presented the Upper River Services employees and the team from Union Pacific certificates of merit during an August 27 ceremony in St. Paul.

With the smart investments Upper River Services is making in its facility and equipment, along with the dedication of the company’s shoreside and vessel-based employees, URS and St. Paul’s working river stand poised for success for years to come.