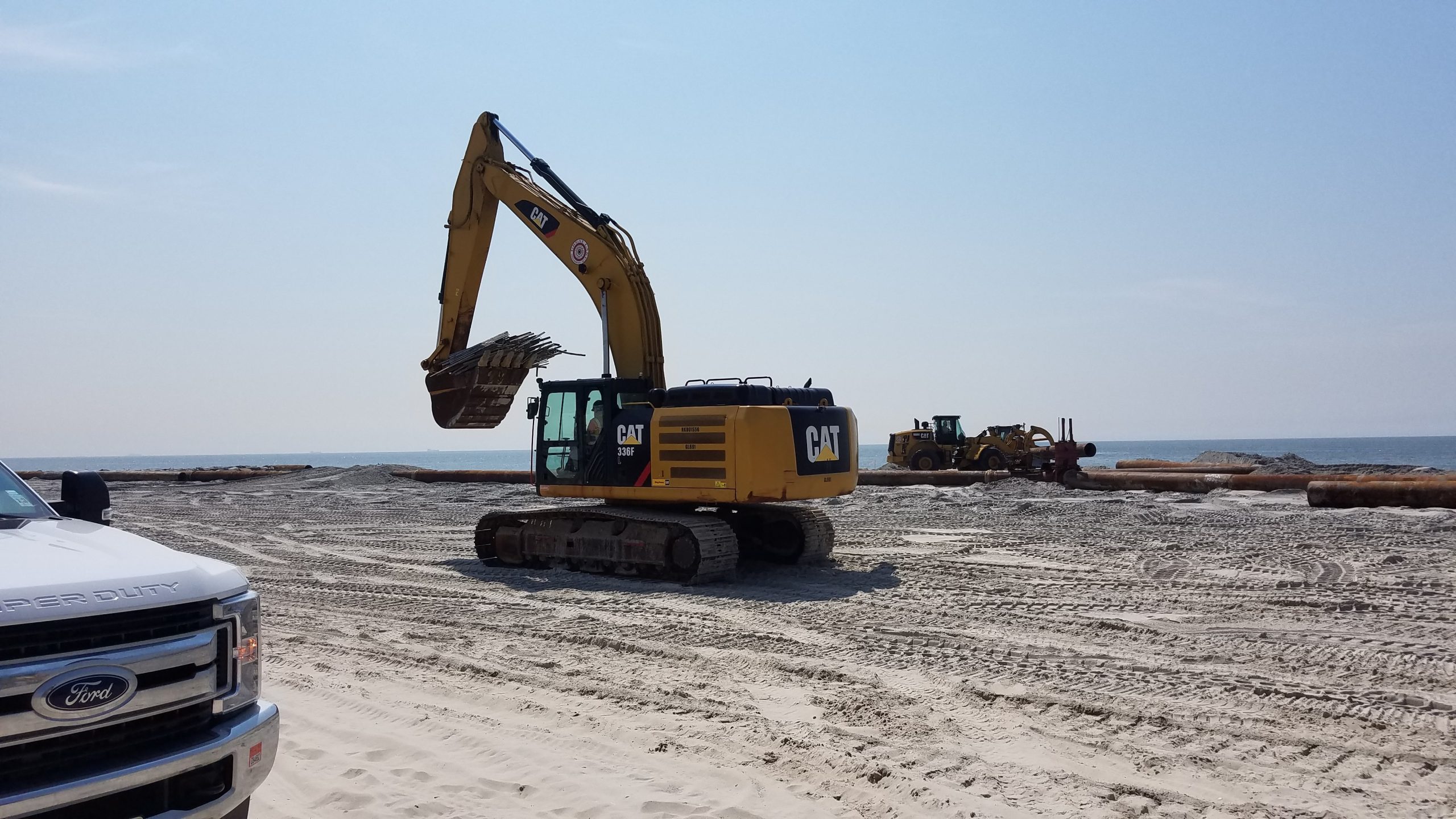 The U.S. Army Corps of Engineers New York District contracted Great Lakes Dredge & Dock to pump 4 million cubic yards of sand onto the shore of Long Beach at a rate of 200 feet of beach per day. The 220-inch cutter-head dredge Illinois is working one mile offshore to skim sand from the borrow area and 30-inch submerged pipe is moving the sand onto the beaches.

To mitigate erosion, the Corps has also rehabilitated 17 existing groins and constructed four new groins onshore either trucking in new stone or repairing what was there.

Performing nourishment during the summer was necessary to reduce the risks from severe storms. To accommodate visitors to the beach, the Corps is working with the City of Long Beach to vary the areas of work so just small sections of beach required closure on any given day. In addition, the city granted a noise variance to allow dredging operations to continue 24 hours a day.
Dredging is expected to be completed by the end of December. Once dredging is complete, the Corps will be constructing crossovers and dunes for further protection.

Work is being done under a $230 million Corps contract that is sponsored by the New York State Department of Environmental Conservation, the City of Long Beach, Nassau County and the Town of Hempstead.