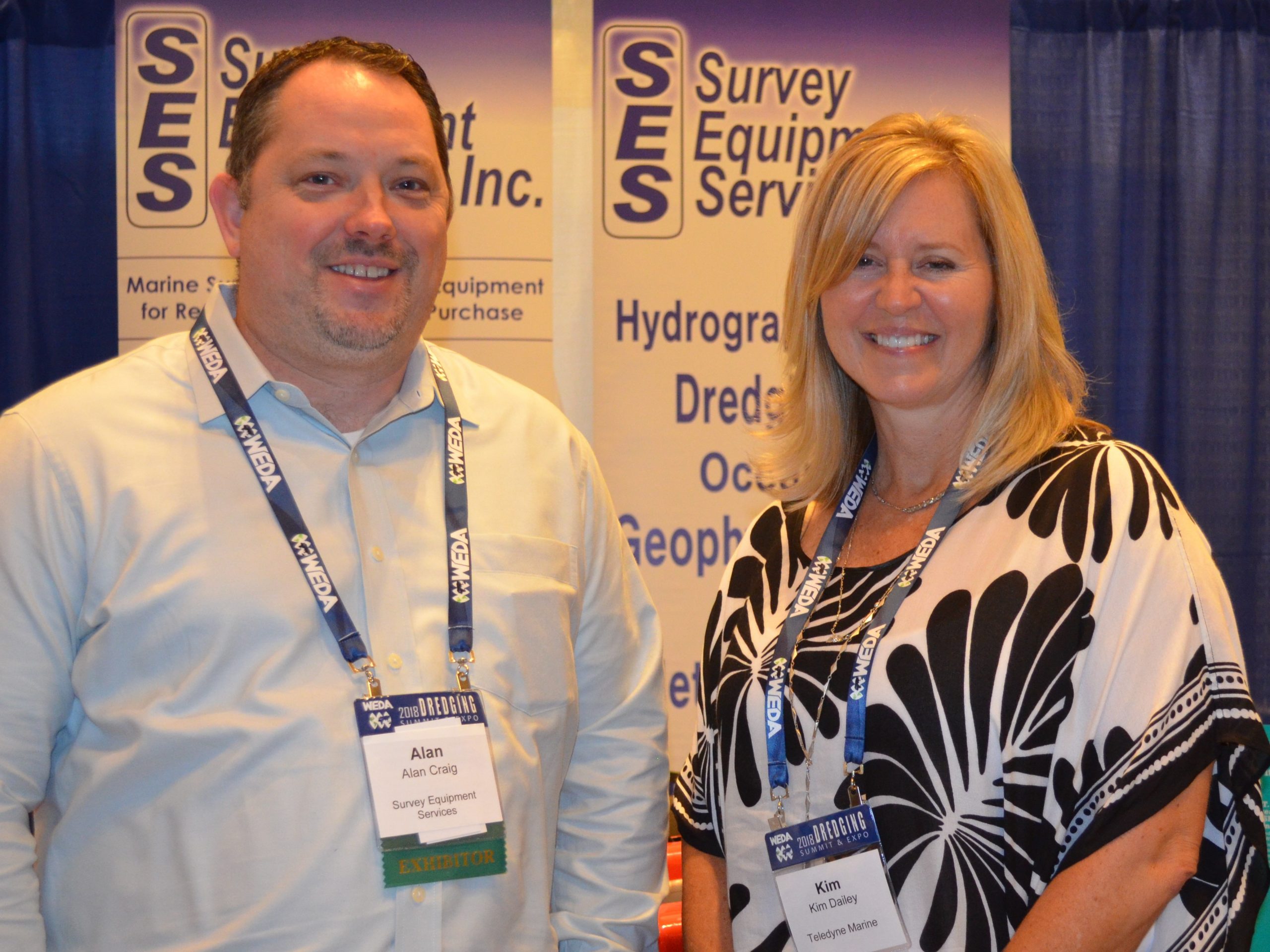 “We’ve been working on this for quite some time, and it’s all coming together in one week,” Alan Craig said on August 15, following the announcement that his company, Survey Equipment Services (SES), had been selected as Teledyne Marine’s first authorized Value-Added Reseller (VAR) under Teledyne Oceanscience to support its Z-Boat 1800 autonomous survey vehicle.

A concurrent announcement was made by Teledyne Marine that SES would take over U.S. repairs and Digibar calibrations on all Teledyne Odom echo sounders, both warranty and non-warranty.

This major growth opportunity came just five months after Craig and Gary Sayers purchased SES from Paul Hewson and Roderick Barron. Craig and Sayers have both been with SES since May 1, 2000.

SES has long been a distributer for Teledyne Odom, and maintains a stock of Odom echo sounders, transducers and Digibar sensors. As part of the service, SES will house a full stock of spare parts, allowing for the quick turnaround of repaired products.

SES has a history of selling and supporting the Teledyne Oceanscience Z-Boat 1800, and under the new agreement, will integrate and support new technologies and sensors that are beyond the standard sensor suite offered by Teledyne. The move will expand the market for the Z-Boat 1800 by offering an unlimited choice of sensing equipment to customers.

The boats will be delivered to SES with all power, control and communications. SES will add equipment to the customers’ specifications, including multi-beams, single beams, sub bottom profilers, magnetometers, swath bathymetry, side scan sonars, 2D/3D sonars.
SES has taken delivery of two Z-Boat 1800s for inhouse R & D, Craig said.

“We are pleased to see the R2Sonic 2020 multibeam as the first successful integration under the new VAR agreement with SES,” said Jamie Carrig, Global head of sales for Teledyne Marine.

The Z-Boat 1800’s design is IP67-rated and incorporates a modular deck structure for antennas, cameras and additional sensor mounting. An interchangeable sensor well accommodates a range of instruments, and sensors are easily interchanged from beneath the vehicle.

Originally formed 1981 in Houston, Texas, to provide marine navigation and survey equipment to the offshore oil and gas exploration industry, SES was until August 1996 a member of the Oceonics Group of companies based in the U.K. In 1998, Paul Hewson and Roderick Barron purchased the company and registered it as a privately-owned Texas company. Hewson had been involved with the company since its formation in 1981.

In 2008, SES moved into an 10,000-square-foot facility in Katy, Texas, customized to house and maintain the survey equipment it owned. The company recently added a 2,000-square-foot workshop dedicated to the Odom echo sounder business and will house a full stock of spare parts for the sounders, allowing for the quick turnaround of repaired products.

Teledyne Oceanscience designs and manufactures field data systems for hydrologists, hydrographers and oceanographers. The company’s products include tethered, remotely-controlled and autonomous survey vessels. Teledyne Oceanscience has supplied the oceanographic community with deployment platforms for environmental monitoring instrumentation for more than a decade, with the mission of developing effective time-saving and data optimizing equipment and supporting customers in the field.