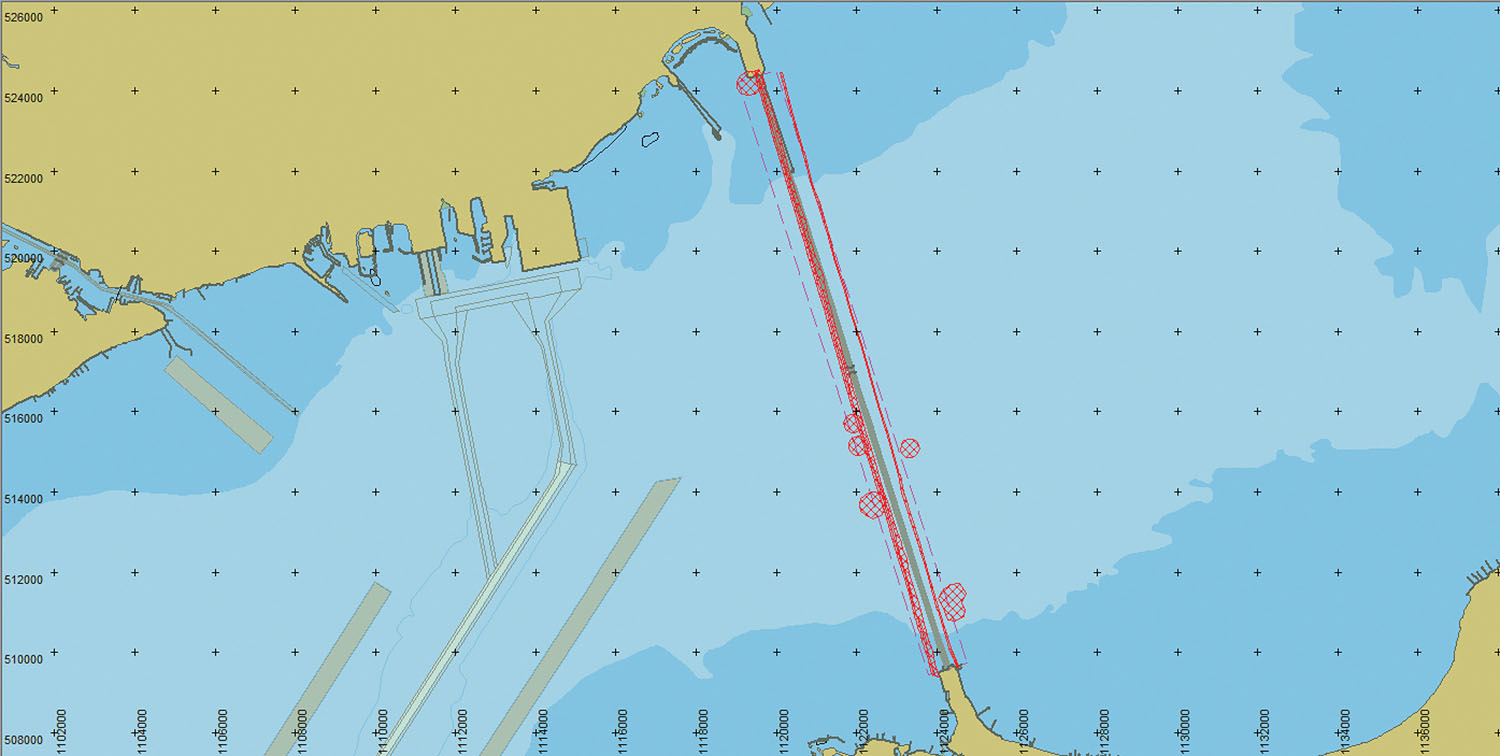 Lou Nash, founder and CEO of Measutronics, says that what his company offers can be summed up in one phrase: situational awareness. It’s all part of the data and information revolution that is changing the way heavy equipment is used and the way its risks are managed.

Founded in 1997, Measutronics provides a variety of positioning and guidance products—plus the software systems to integrate them all and display their data usefully—to heavy equipment operators and the marine market. Top customers include the dredging industry as well as marine contractors.

With offices in Lakeland, Fla., and Vancouver, Wash. (opened in 2017), the small company of nine employees has a big footprint, covering all of North America, with some customers in Central America as well.

Measutronics positioning products, for example, are part of a current project in Costa Rica to build that country’s largest port complex to date. The port will be designed to export bananas, Costa Rica’s top export.

These products and systems not only increase safety and accuracy but save time and money by allowing equipment operators to precisely move and use their expensive equipment with the most efficient use of time and fuel. The offerings include guidance systems, sensors and underwater remotely-operated-vehicles (ROVs) with cameras. The company sells off-the-shelf equipment from industry-leading manufacturers like Trimble, Applanix, Teledyne BlueView, Teledyne SeaBotix, Teledyne PDS, HYPACK, Carlson, CEE HydroSystems, Teledyne Reson, Valeport, and more.

Situational awareness is especially important in underwater environments where unseen hazards are submerged. In dredging, for instance, Measutronics systems use a combination of GPS to position the dredge and sensors on the cutterheads for precise cutterhead placement. Known hazards can be pre-loaded onto a display map.

Nash mentioned that incidents in which cutterhead dredges make contact with submerged objects, such as pipelines and cable crossings, can be eliminated if proper as-built information is used in creating “Restricted Areas” in software displays to indicate, highlight and alarm machine operators when in proximity to various hazards.

“With centimeter-level positioning accuracies becoming the norm in most of our installations, we can provide system operators indicators and alarms as to any known charted hazards,” said Nash. “A standard feature of our Trimble Marine Construction software is the configuration of restricted areas. While providing tracking and guidance information relative to design files on cutterheads, excavator and clamshell buckets, barge spuds or piles being driven, etc., we can also display alarms when operations approach designated restricted areas. Typical uses of restricted areas would be the prevention of dropping anchors or spuds on or within known hazards, alerting the machine operator when digging within a predetermined tolerance of a pipeline or cable crossing, or displaying ‘safe zone’ values to a long reach excavator removing material among rows of piles beneath a pier or wharf.”

At Measutronics, said Nash, “our technicians are finding new and novel ways to use our technology offerings to not only enhance production in dredging and marine construction applications, but to create better situational awareness of submerged features and potential hazards.”

Trevor Yocum, a construction systems specialist for Measutronics, gives a challenging example: the Pensacola Bay Bridge project in Pensacola, Fla., where contractor Skanska USA, one of the largest construction companies in the U.S., is rebuilding a 3.8-mile-long bridge connecting Pensacola with the town of Gulf Breeze.

The contractors “face many challenges when it comes to positioning the many barges along the span,” said Yocum. “There are known environmentally protected areas, sunken debris and underwater utilities that would be disastrous in terms of safety and damage if a spud, anchor or pile was driven into them.”

The Skanska head surveyor, Andy Sullivan, sought a solution that would allow his fleet of tugs to track the position of several key barges. The tugs and barges were outfitted with global navigation satellite system equipment using centimeter-level real-time kinematic positioning and connected to an industrial wireless access point. This allows the tugs to connect to the barges when they pull up to them. The tug operator can see, on his laptop, the precise locations of both vessels on a guidance display, consisting of a top-down map of the project area and a numeric list of the barge’s spud locations in grid coordinates.

The visuals do more than just show the background, said Yocum. “The alarm triggers when the tip of the tug, (which may be holding an anchor to drop), a barge spud or the pile driver enters a restricted area. When the alarm is triggered, that hatched areas become highlighted, a dialogue box indicating an alarm is created, and a chime goes off. The alarm goes away either by exiting the restricted area or by accepting the alert.”

“Being able to easily track the location of these vessels and automatically alert them when they are in a known hazardous area has been a crucial feature for safely managing more than 20 vessels over a construction site that spans nearly 4 miles,” said Yocum.

Nash said each solution must be customized for clients, depending on their needs and requirements. Measutronics staff are experts in installing the company’s advanced guidance systems on existing equipment, extending its life by allowing more precise (and safer) use. “Training of the customer’s personnel is part of our scope of service,” he said.

Measutronics sonar surveying equipment is also being used, said Nash, in pre-bid surveys to determine the extent of any hidden hazards. “We utilize multibeam sonars on mechanical pan and tilt mechanisms to provide machine operators on construction barges cut and fill information relative to design.  These same sonars are beginning to be used in pre-bid surveys to identify submerged or unknown hazards such as piles, debris, exposed cable crossings and pipelines, and so on,” he said.

“By obtaining 3D imagery of preconstruction conditions, the contractor can eliminate any surprises or discrepancies identified at project’s end by the project owner’s as-built surveys.”