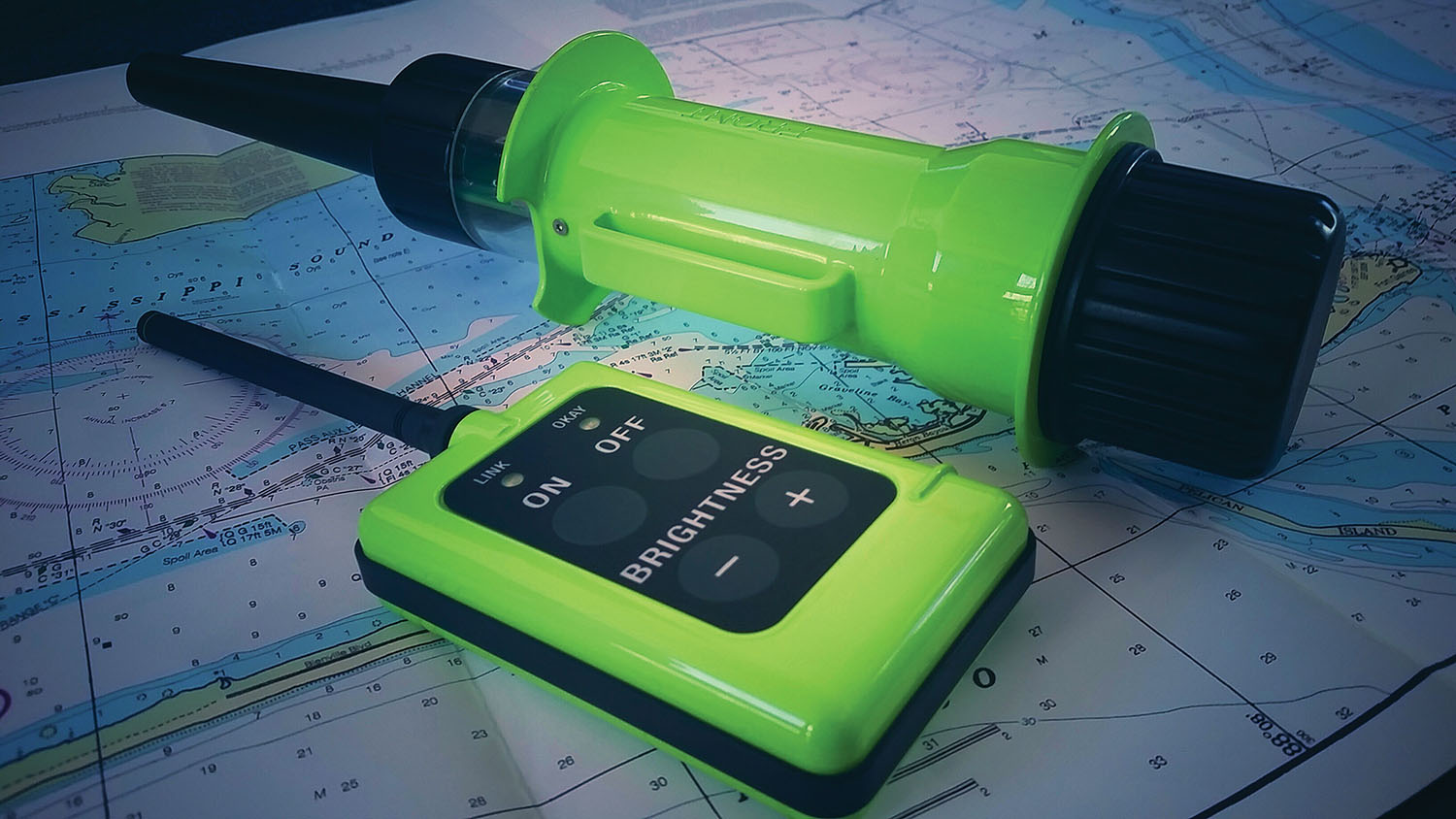 From a flashlight cowtailed to a jackstaff, to pigtails wired into a portable six-volt battery, the swing light on the head of a tow has gone through many stages of development over the years.

Mariners are constantly finding new ways to rig up a device adjustable for dark nights on the rivers and in canals, but able to brighten when background lighting increases.

It was during those long night shifts that Jordan Rothstein, a captain with Florida Marine Transporters and founder and CEO of ArcLite Navigation, knew there had to be a better solution.

“Every time a man steps foot on a barge, a life is at risk,” Rothstein said. “Keeping deckhands off the tow at night was one of the driving factors in developing the light.”

Currently during nighttime navigation, the towboat’s steering light—that blue, aft-facing light that shows the wheelman the swing of the head of his tow—is either too bright, blinding the wheelman when transiting dark stretches of waterways, or too dim while navigating metropolitan areas with more background light.

To correct this distraction to the pilot, a deckhand is sent out to either dim the light by using semi-translucent layers of masking tape over the lens, or brighten it by removing the tape.

Performing these duties typically requires several trips out to the head of the tow during a six-hour watch to achieve the correct level of brightness as background lighting or weather changes frequently.

Many companies require a two-man buddy system at night when the deckhand has to leave the towboat to walk on the barges. If only one deckhand is on watch, this creates a dilemma—wake an off-watch deckhand, or deal with a steering light that is too bright or too dim.

Some companies require the tow to stop when only one deckhand is available to walk the barges at night.

“ArcLite not only solves the issue of convenience, it finally puts safety at the forefront for the entire crew,” Rothstein said.

ArcLite has been marketed for a little over a month now, and sales are climbing with a positive feedback. Rothstein now has a distribution agreement with Diamond Marine Service, a maritime supply store based in Texas.

“Crews on several towboats chipped in and bought ArcLites, even before their companies issued them to the boats,” Rothstein said.

“Before the ArcLite, we tried all kinds of ways to get the brightness right on steering lights,” said Darren Istre, port captain for Dupre Marine Transportation in Houma, La.

One trick he said his crews used was putting a pigtail-powered steering light inside a Vicks Vapor Rub jar because it was blue, had thick glass and helped dim the light.

The ArcLite has a daylight sensor built in that automatically turns the light off, a feature that will help companies save on battery costs, Rothstein explained. The ArcLite is enclosed in a weatherproof, shock-resistant polycarbonate housing and is intrinsically safe, the company’s website said.

Jordan worked with his father, Arnie Rothstein, developing the light. Arnie has 44 years of inland towing experience. Capt. Wendell “Buck” Hill also played an instrumental part in the research and testing of the prototype ArcLite, and continues to use one personally on his vessel.