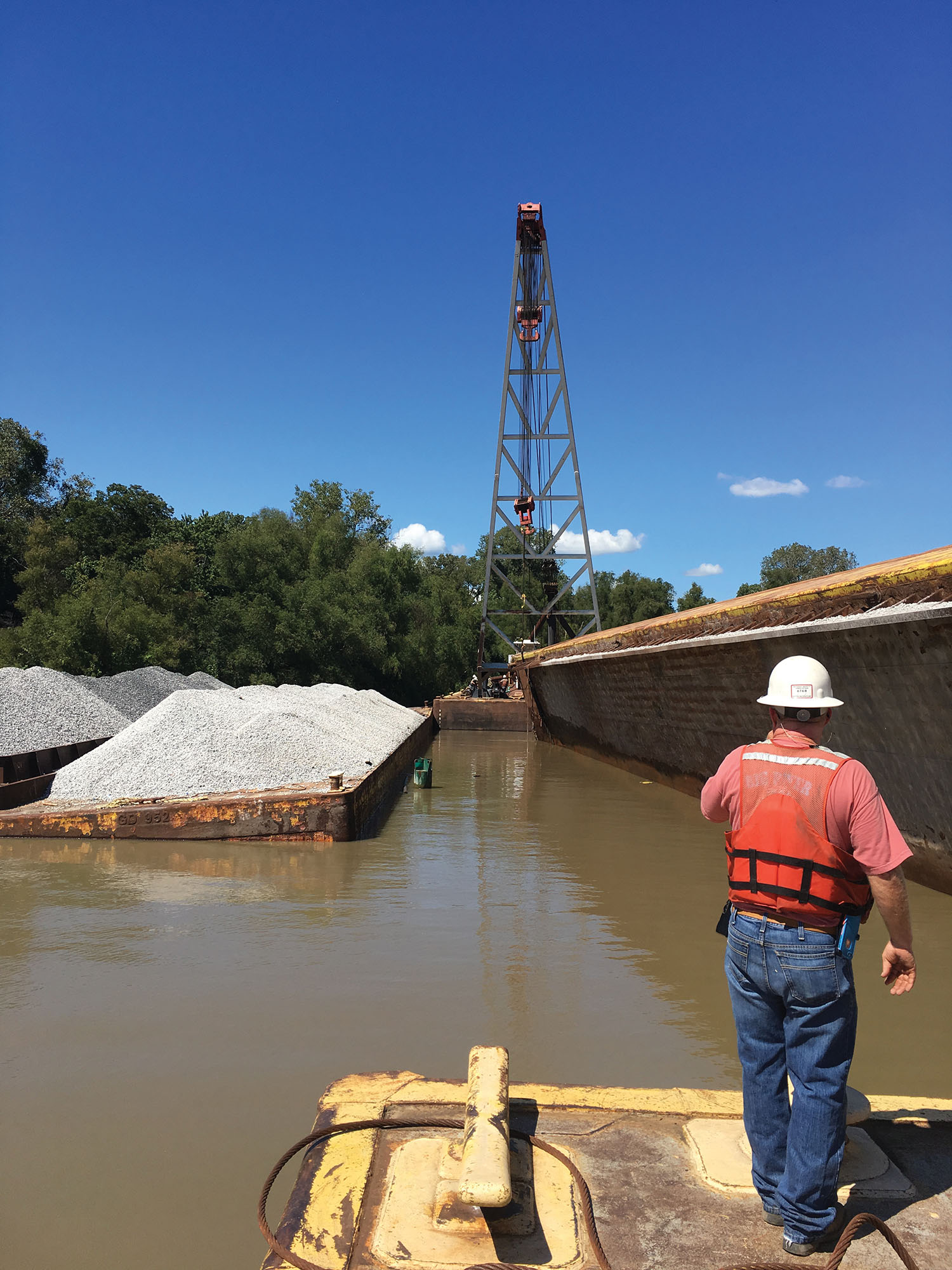 On September 12, Vicksburg, Miss.-based Big River Shipbuilding Inc.’s salvage and marine fire fighting unit was called to Mile 673 on the Lower Mississippi River near West Helena, Ark., to respond to the fire aboard the mv. Jacob Kyle Rusthoven. The Big River Shipbuilding team, along with a fire fighting team from Baton Rouge, La.-based McKinney Salvage & Heavy Lift, extinguished the fire. The U.S. Coast Guard reopened the river between Mile 664 and 674 by 6:30 that night and declared the fire out two hours later.

All crew members were reported safe, but in the process of moving the mv. Jacob Kyle Rusthoven and its tow toward the west bank of the river, one of the rock-laden barges was flipped onto another barge.

Big River Shipbuilding handled the efforts to salvage the barge. The company dispatched the D/B MM-16 and D/B Big Gun, a pair of barge-mounted A-frame cranes, to the site and successfully flipped the barge and pumped water from its holds on September 16. After checking for damages or leaks, it was placed into fleet.

“We placed a rolling hitch rigging on it, brought it up and flipped it,” said Big River Shipbuilders Safety and Compliance Manager Brad Babb.