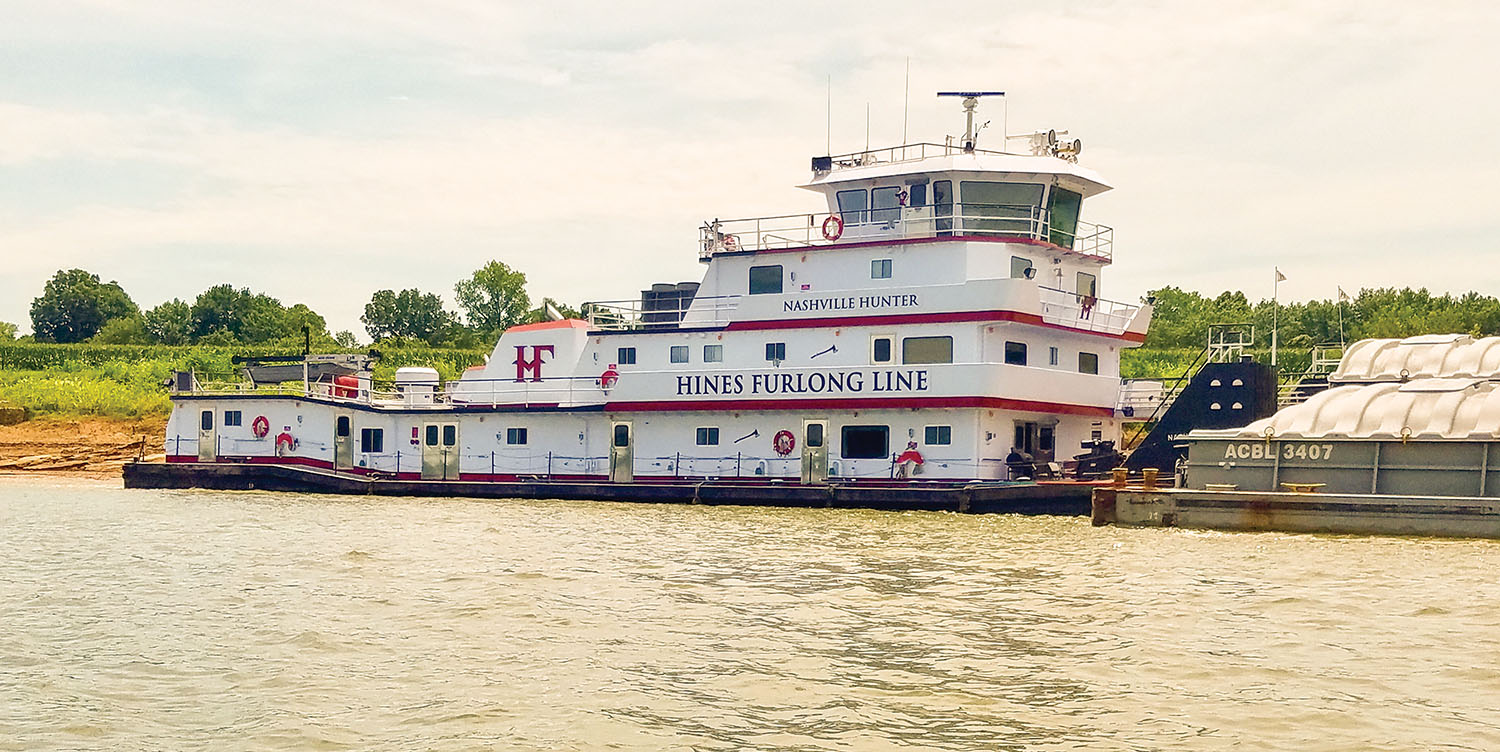 Five 2,000 hp. towboats and one 4,400 hp. towboat will soon make their appearance on the inland waterways as a six-vessel, new build project gets underway by Hines Furlong Line (HFL), Nashville, Tenn., the company announced recently.

Two of the 2,000 hp. vessels will be built by Bourg (La.) Drydock. To measure 72 by 28 feet, they will be powered by twin, Tier 3, Cat C32 engines. HFL will use the first vessel, scheduled for delivery in the third quarter of 2019, as a harbor tug based in Nashville, said Kent Furlong, president. The second vessel is slated for delivery in the fourth quarter of 2019 and will be based in Clarksville, Tenn.

The other three 2,000 hp. vessels will be constructed by Intracoastal Iron Works in Houma, La. They will measure 78 by 34 feet and be similar in design to the mv. Donna Furlong, which HFL bought from Higman Barge earlier this year and renamed. Hines Furlong Line will not crew or operate these boats, Furlong said. Rather they will go into HFL’s leased fleet to be bareboat chartered. The first vessel will deliver in December 2018, while the subsequent two vessels will deliver in 2019, he said.

The 4,400 hp. towboat will be constructed by Steiner Construction, Bayou la Batre, Ala. It will measure 142 by 44 feet and be powered by Tier 3 Cummins QSK60 engines. Furlong said he chose this design because it is the same as the company’s mv. Nashville Hunter, which “has been an excellent performer with a stellar downtime record.”

“Since it entered service in December 2011,” Furlong added, “the vessel has been back to the shipyard only twice, once for a top end overhaul and once for wheel repair.” Furlong credits the crew and the shoreside team for this track record, but said that because the design itself had proven to be so successful, he was excited to be going with it again.