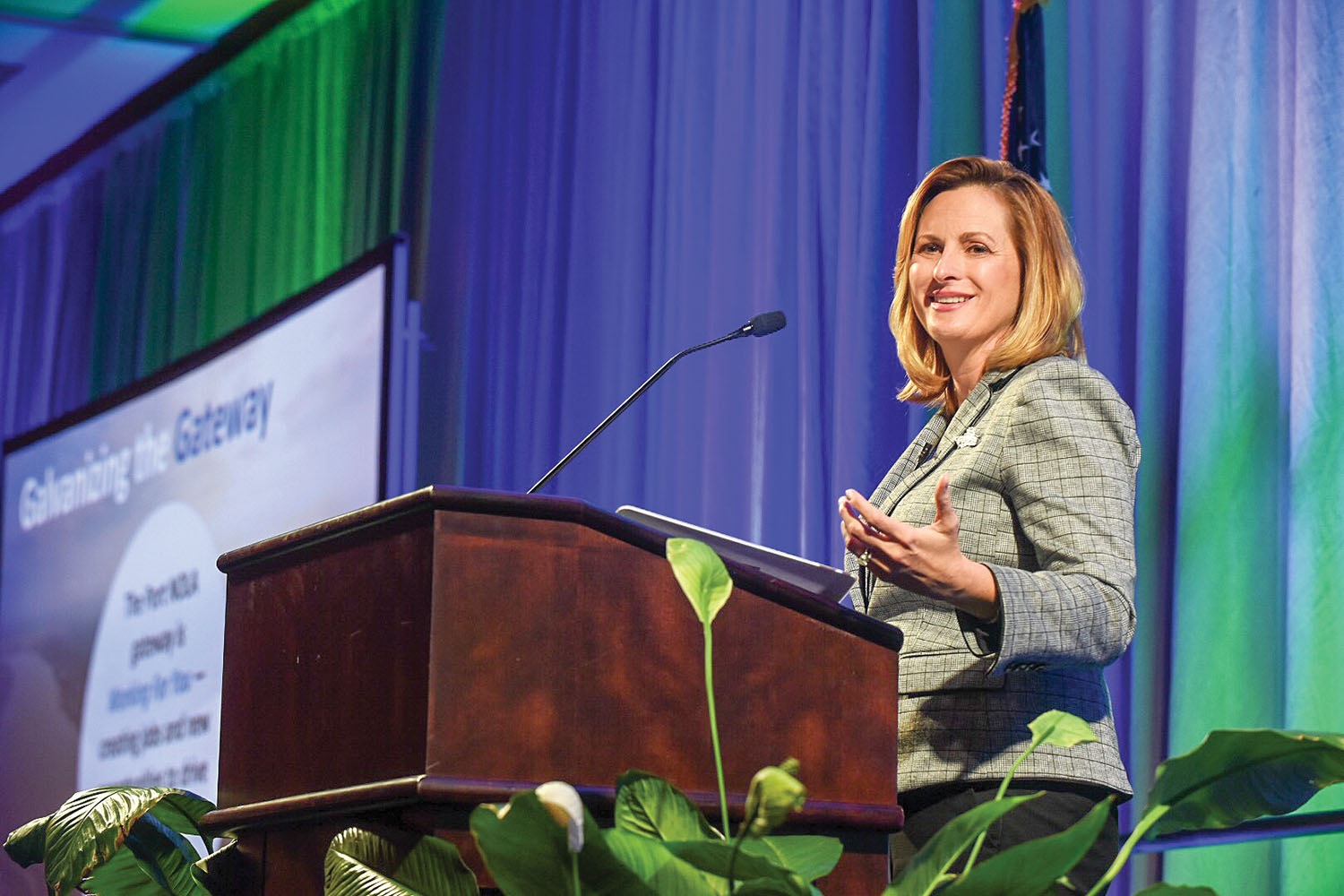 The Port of New Orleans (Nola) has been making cruise headlines this past month with the maiden voyage of what the port deemed the country’s “first modern riverboat” and the announcement that Disney Cruise Line will begin sailing from the city in early 2020.

According to announcement released September 28 by the port, the 2,700-passenger Disney Wonder will offer six cruises from the port’s Erato Street Cruise Terminal during the spring season of 2020, including four-, six- and seven-night Caribbean itineraries, a seven-night cruise to the Bahamas, and a two-week Panama Canal cruise.

“We are thrilled Disney Cruise Line has chosen the Port of New Orleans as a homeport for their distinctive cruise experience,” Port Nola President and CEO Brandy Christian said in the announcement. “With Port Nola’s commitment to high-level service and the Crescent City’s many attractions, we are confident that Disney travelers will enjoy the excitement and convenience of launching their vacation from our unique city. We are also proud to bring the iconic cruise home to Louisiana Disney fans.”

Bookings are already open to the public.

“Louisiana is delighted to welcome Disney Cruise Line to New Orleans,” Louisiana Gov. John Bel Edwards said in a statement. “The decision to base the 2,700-passenger Disney Wonder in New Orleans for part of its 2020 season is further validation of the Crescent City’s appeal as a cruise homeport and a great tourism destination.”

The American Song boasts a four-story glass encased atrium with a domed skylight, lounges throughout, and “triple the glass of other riverboats, offering astounding views,” according to the port’s announcement.

In November, the port will celebrate another milestone with the arrival of Norwegian Cruise Line’s Norwegian Breakaway, the largest cruise ship in occupancy and length to sail from New Orleans. The Breakaway can carry 3,963 passengers. Then in December, Royal Caribbean will return to New Orleans with the 2,050-passenger Vision of the Seas.

State Of The Port

At Christian’s annual State of the Port address October 17, hosted by the International Freight Forwarders & Customs Brokers Association of New Orleans, she had a lot more than cruises to discuss. This is a pivotal time for the ports in the greater New Orleans area, she said.

“This is our time in the Gulf and particularly for Greater New Orleans, but it is also ours to lose,” Christian said. “To achieve our goals, we have to think big, on and off Port property, and throughout our jurisdiction. Jefferson, Orleans and St. Bernard Parishes can all benefit from our successes.”

Containerized cargo volumes were up 10 percent in fiscal year 2018, growing from 527,000 TEUs in 2017 to close to 600,000 TEUs this year. The port now offers direct connections to 58 global ports of call and more than 450 ports through transshipment. And on October 8, CMA CGM’s Pusan C, a 9,500 TEU vessel, became the largest container ship to ever call on the Port of New Orleans. The Port of New Orleans and the Port of Baton Rouge have also seen continued growth in their container-on-barge service with operator SEACOR AMH. Christian said she expects 30,000 containers to be handled as part of the service.

Other milestones in 2018 include U.S. Army Corps of Engineers approving the deepening of the Mississippi River from Baton Rouge to the Gulf to a depth of 50 feet, the port studying a second container site in St. Bernard Parish, and Avondale Marine recently finalizing the acquisition of the Avondale shipyard site. Also in 2018, the Port of New Orleans completed its acquisition of the New Orleans Public Belt Railroad.

Breakbulk cargo was in flux in 2018, with imports off 30 percent for the fiscal year, due to tariffs imposed on imported steel and aluminum. Imported rubber is a strong cargo for the port, while exports of logs and frac sand are up. Despite that volatility, the port remains dedicated to that business line.

“We are continuing to invest in our breakbulk facilities, including $50 million in our breakbulk wharves, so we can continue to serve as a top U.S. import port for rubber, steel, aluminum and other non-ferrous metals,” Christian said.

And at the heart of all that data is the simple community impact the port has on the parishes of Jefferson, Orleans and St. Bernard. Christian pointed to a study by LSU that found port activity generates locally more than 19,000 jobs and $3.9 billion of output.

“These are family-supporting jobs, ranging from skilled labor to executive, from welders to engineers, longshoremen to warehouse workers, customs brokers and freight forwarders,” said Christian. “These businesses and their employees provide a significant tax base to our parishes and the state through sales, property and payroll tax.”