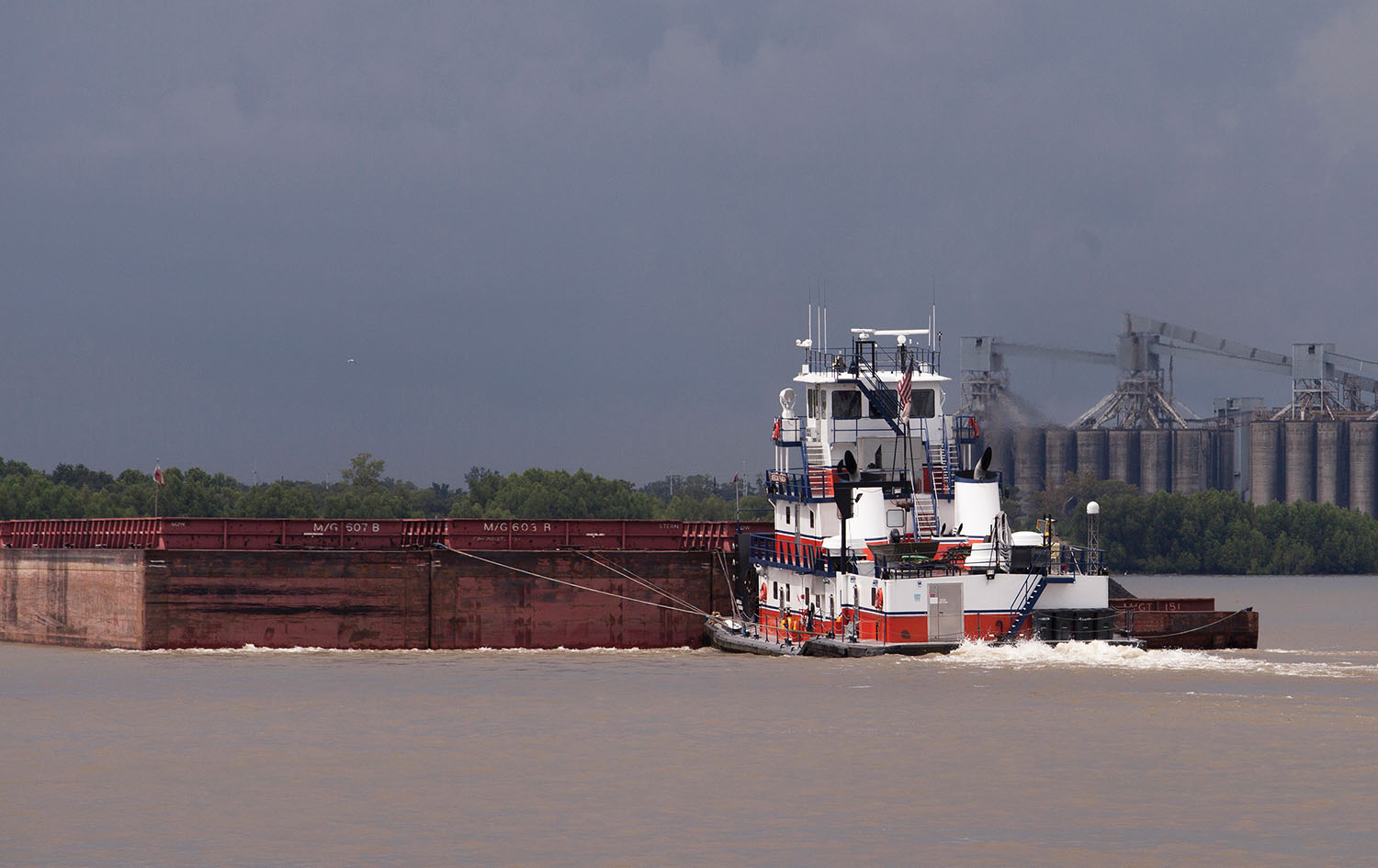 For nearly 30 years, Turn Services, the New Orleans-based fleeting and shifting company with operations from Baton Rouge, La., to the Gulf and along the Gulf Intracoastal Waterway, has built a reputation for safety, excellence and innovation.

Founded in 1990, the company’s core business has always been barge fleeting, shifting, cleaning and repair on the Lower Mississippi River. When the company aligned with Associated Terminals in 2004, Turn Services operated one boat and one fleet. After the alliance of the two companies, Turn Services began to expand both its vessels and its area of operation.

Turn Services owns and operates some of those locations, while at others the company provides fleeting, shifting and barge cleaning and repair services for the terminal owner. Muñoz called those “inplant services,” with Turn Services’ vessel and facility team members working at a customer’s terminal.

“We’ve been able to assist those terminals and customers by providing boat services at a more efficient rate than they can,” Muñoz said. “It takes a boat company that has the infrastructure to be able to crew and supply vessels. Doing that as a secondary part of your business is pretty difficult. We’ve been able to make a foray into operating towing vessels at specific terminal locations, operating their fleets.”

Getting to know customers’ needs and innovating to meet those needs has also led Turn Services to step into the barge transport segment, with a focus on the Gulf Intracoastal Waterway. Muñoz said that’s all about helping customers—namely barge lines—be more efficient.

“What we want to do for our customers is to allow their mainline towboats to drop their barges in our fleets and then turn their vessels back northbound more efficiently, so that they’re not stuck in the harbor,” he said. “We can take the barges from there and distribute them to their final destination.”

That fleet-to-final-destination service is what’s largely driven Turn Services to acquire and build new vessels since Muñoz joined the company in late 2012. To meet customer needs, Turn Services currently has a pair of vessels under construction at Eymard Brothers Shipyard.

In keeping with the company’s tradition of naming vessels after Triple Crown-winning thoroughbred horses, the vessel to be delivered in December will be named Justify, after the colt that won the Belmont Stakes June 9 of this year to become the 13th winner of the American Triple Crown.

The newly-built vessels will also support Turn Services’ move into the liquid barge transportation segment, since oil companies require towboats to be under a certain age to move tank barges.

“We are focusing more on the liquid business and the towing on the Gulf Intracoastal Waterway for the liquid business, hence building the new vessels,” Muñoz said. “We’re looking to grow in that business segment, while keeping our focus on our traditional business of servicing our midstream and terminal locations.”

To further bolster the company’s move into the barge transport segment, Turn Services completed the acquisition of Dockside Fleet from ACBL on October 1. Dockside Fleet is located across from the Inner Harbor Navigation Canal on the Mississippi River in New Orleans. Muñoz said ACBL had shifted much of its Dockside business upriver to Harahan, so Turn Services acquiring the fleet made sense for both companies.

“Dockside primarily services Chalmette Slip, the Chalmette midstream buoys, along with the docks in the lower New Orleans harbor,” Muñoz said. “Chalmette Slip and Chalmette midstream buoys are operated by Associated Terminals. Obviously, with us being a sister company to Associated Terminals, we felt it was important for us to control our own destiny in Chalmette and New Orleans harbor. This allows us to be the fleeting and shifting company delivering barges to our affiliated locations.”

And since Turn Services already owns and operates Meraux Fleet just downriver from Dockside, the company can now operate the two in tandem.

“We really can begin to operate that almost as a consolidated fleeting location, which will allow us to gain efficiencies with our towing vessels and allow us to service our customers faster,” Muñoz said. “We have the horsepower already available in that harbor area.”

The two fleets also give Turn Services a prominent presence at both Algiers Lock (Meraux Fleet) and the Inner Harbor Navigation Canal Lock (Dockside Fleet) and the barge traffic going east and west on the Gulf Intracoastal Waterway between those two locks.

“That’s going to allow us to be able to grow organically into some of the business segments we did previously delve into,” Muñoz said.

Muñoz added that it’s not just Turn Services’ innovation and growth on the water that sets the company apart.

“We really believe that part of our core business is industry involvement—promoting our industry to those who may not know about it, promoting it to users of the waterway and legislators,” Muñoz said.

For his part, Muñoz formerly served on the Towing Safety Advisory Committee (TSAC) and has been involved with the American Waterways Operators (AWO) since 2002. He currently serves as chairman of AWO’s harbor services sector committee. Muñoz worked with AWO and TSAC on the rule-making process for Subchapter M. The company also fosters a relationship with members of the U.S. Coast Guard and elected officials.

Since Subchapter M went into effect on July 20, two Turn Services vessels have received their certificates of inspection (COI) so far. Muñoz said the company plans to achieve five COIs per year during the Subchapter M phase-in period.