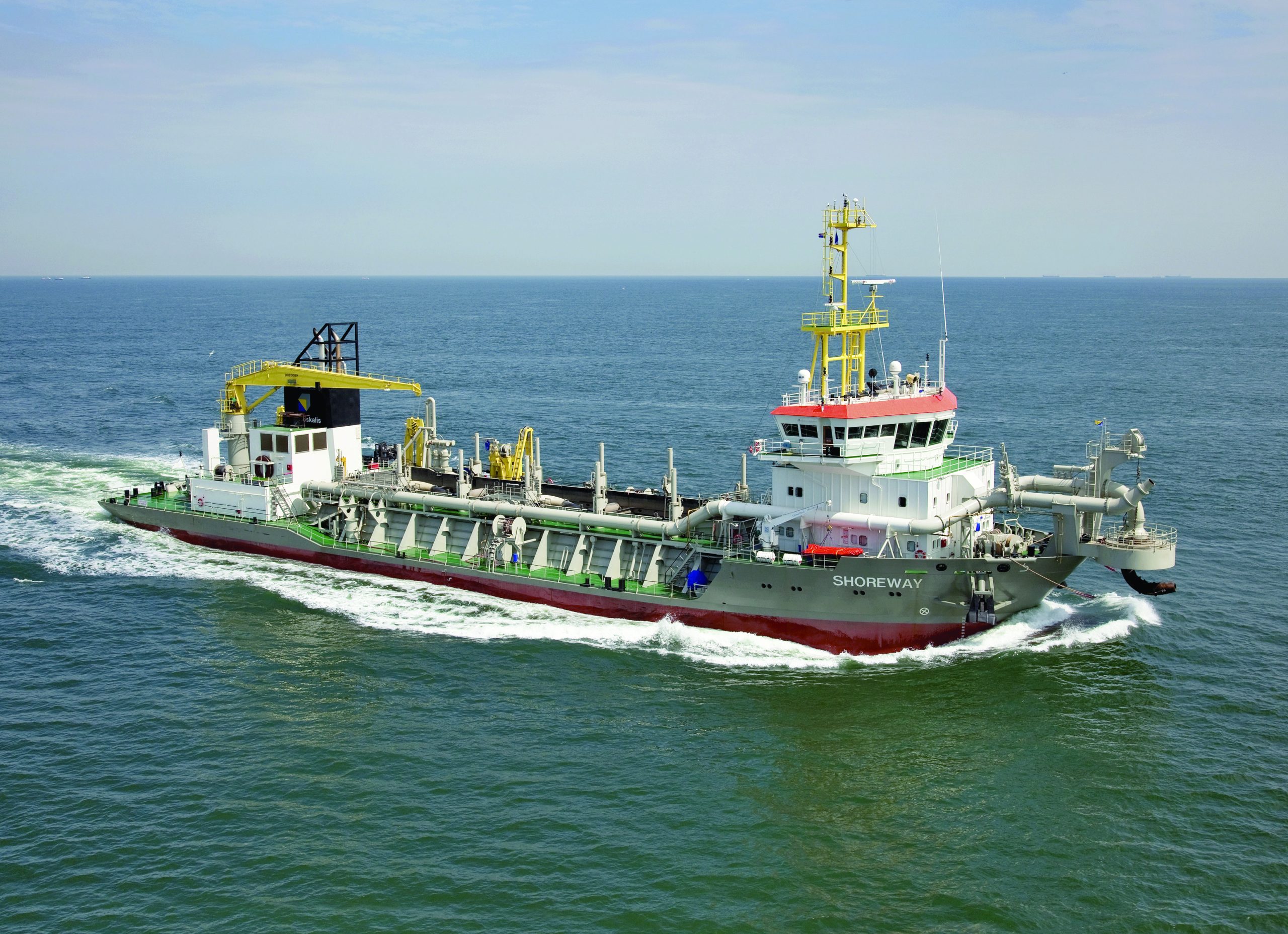 Royal Boskalis Westminster N.V. (Boskalis) has begun dredging for the development of the first large-scale LNG export facility at the District of Kitimat, British Columbia. LNG Canada Development Inc. is overseeing construction and the operations that will convert natural gas to liquefied natural gas for export. The contract value is approximately EUR 100 million (US 114 million).

Boskalis will be working over two seasons to remove contaminated and non-contaminated sediments from berths at the Port of Kitimat to allow LNG carriers to access the new facility. Equipment deployed includes the grab dredge Alex II, backoe dredge Cornelius I, trailing suction hopper dredge Shoreway and several barges and tugs. The backhoe and grab dredges are equipped with environmental buckets to minimize spillover.
Approximately 2 million cubic meters (2.6 million cubic yards) of soil is being removed. The dredged materials are being placed at both onshore and offshore disposal sites depending on the contamination of the materials. The dredging activities are expected to continue into 2020.

The upland project includes modification of an existing wharf and jetty and construction of two new wharves. The new facility is expected to attract between 170 to 350 carrier visits each year. The marine terminal will be able to accommodate two LNG carriers with capacities between 130,000 and 265,000 cubic meters (347,000 cubic yards).

LNG Canada is a joint venture comprised of Royal Dutch Shell, Petronas, PetroChina, Mitsubishi and Korea Gas Corporation. The liquefied natural gas (LNG) export facility will initially consist of two LNG processing units with the first LNG expected to be processed before the middle of the next decade.