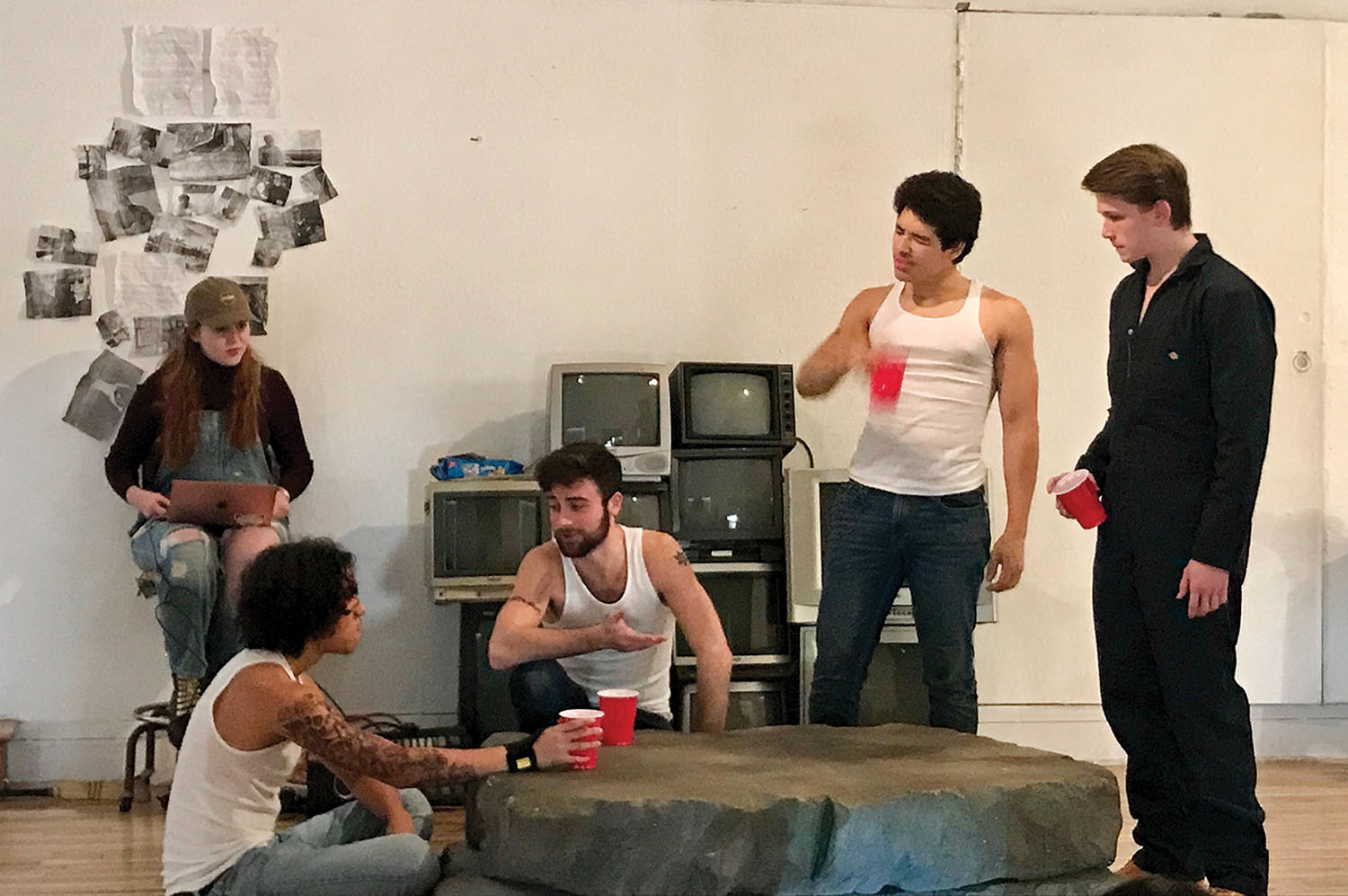 Born into a family with deep connections to Pittsburgh’s river industry, Kate Busatto became inspired to write a play based on the lives of river workers. The play, which premiered November 5 at Carnegie Mellon University School of Drama, where Busatto is a junior, provided the actors and audience with a unique perspective of life on the river of which many people outside the industry aren’t aware.

Busatto, whose family has been in the river industry since the 1930s, interviewed employees at Industry Terminal & Salvage Company, where her father, Brad Busatto, serves as president. “What I found most interesting about work on the piece was talking to everyone who works at the company,” she said. “Each person gave me a deep insight into his life. The interviews were a window into a very niche human experience that I think very few students in Pittsburgh know exists.”

The play, aptly named “Salvage,” incorporated live acting and video footage of deckhands, welders and pilots discussing their experiences. “I wrote this piece because I wanted my peers to empathize with a radically different perspective than their own,” said Busatto. “I wanted people to understand that when we talk about Pittsburgh’s river industry, we are talking about thousands of people’s lives and livelihoods. I think the actors working on the piece connected especially deeply with the industry and the men they portrayed. I want people to know that Pittsburgh’s past is an integral part of its future.”

In the future, Busatto, who is minoring in writing and producing, said she would like work as a showrunner for a television series. “I’d like to write and produce a television show about the people who keep Pittsburgh’s industry running,” she said.