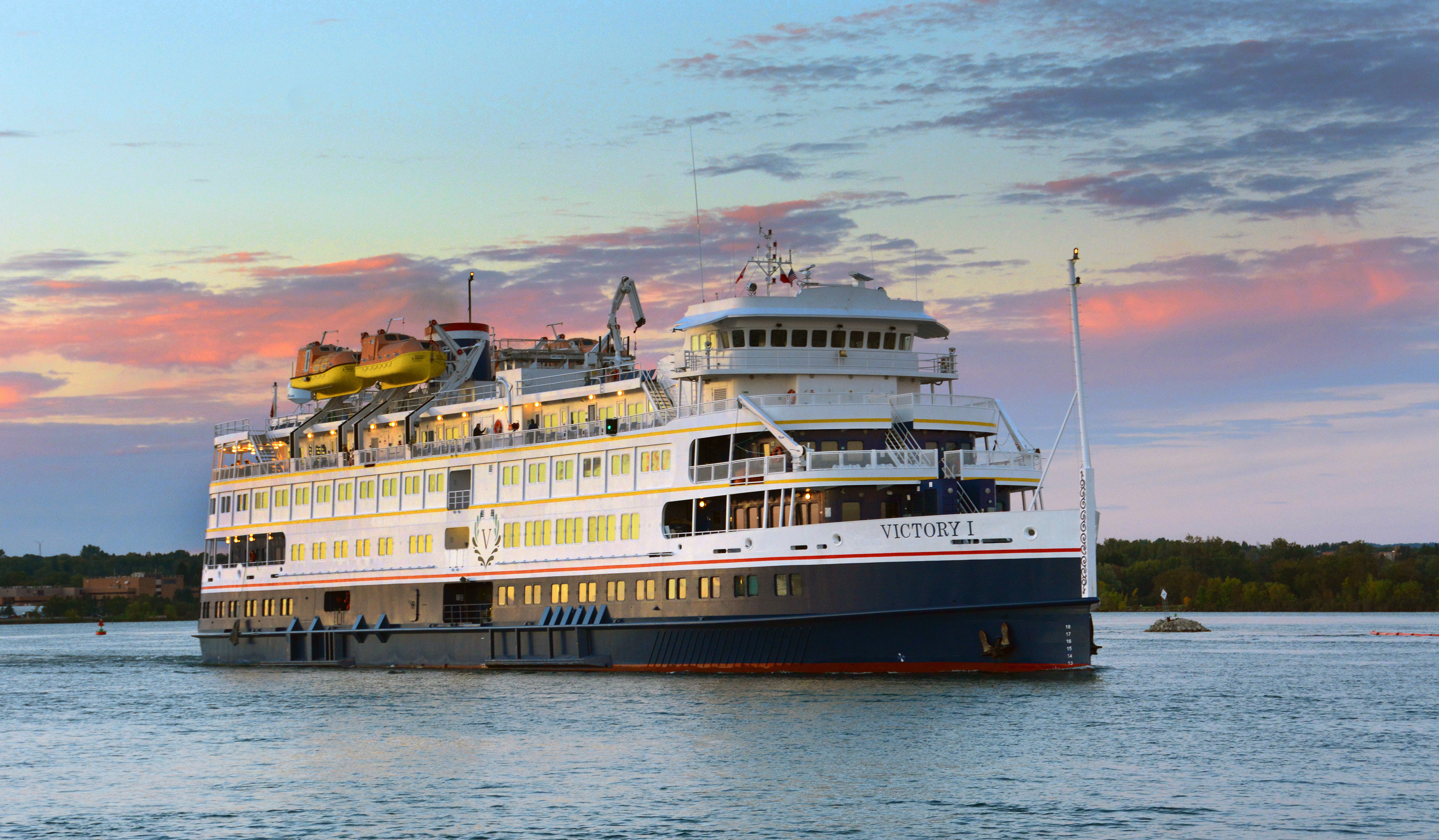 American Queen Steamboat Company announced November 12 a definitive agreement to acquire the Victory I and sister ship Victory II from Sunstone Ships Inc., as well as the Victory brand.  These vessels are currently being marketed by Victory Cruise Lines as overnight cruise ships. Terms of the transaction were not disclosed. The transaction is expected to close in early January 2019.

“We are pleased to purchase the Victory I and Victory II that will fuel the continued success and growth of American Queen Steamboat Company,” said American Queen Steamboat Company Chairman and CEO John Waggoner. “We look forward to working closely with Victory Cruise Line’s new and existing travel partners. These vessels enable us to provide guests with more diverse cruising options, particularly in the Great Lakes, a region that our customers have been requesting for years.”

The 5,000-ton, 300-foot-long, 202-passenger Victory I and Victory II are identical. Details of upcoming operations on both of vessels will be announced in the coming months.

The new American Countess, currently under construction in Louisiana, will debut in 2020.