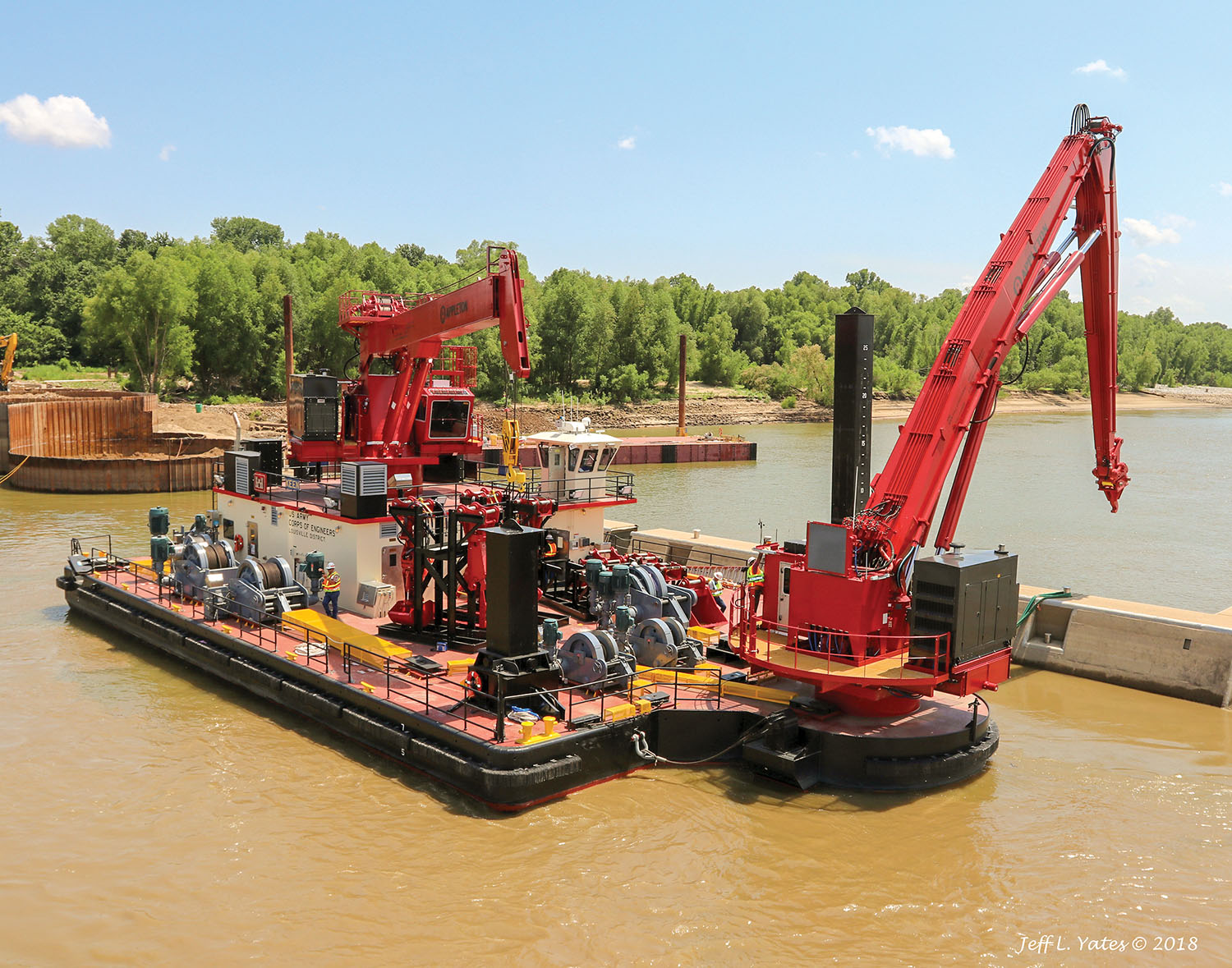 The U.S. Army Corps of Engineers has awarded Morgan City, La.-based Conrad Shipyard a $9.89 million firm-fixed-price contract to build a backup wicket lifter for Olmsted Locks and Dam on the Ohio River. The crane barge will be constructed at Conrad’s Morgan City shipyard, with an estimated delivery of early second quarter 2020.

“We are delighted with this new order from the Army Corps of Engineers,” Conrad Shipyard Chairman and CEO Johnny Conrad said. “We value our longterm relationship and appreciate their continued confidence in Conrad Shipyard and in our highly-experienced shipbuilding team.”

Conrad built Olmsted’s main wicket lifter, the James M. Keen, which was delivered in February and commissioned August 30, the same day as Olmsted Locks and Dam. The wicket lifter Keen measures 110 feet, 6 inches by 60 feet with a molded depth of 8 feet 6 inches. The Keen is equipped with a pair of John Deere generators, a wicket lifter knuckle boom crane with a 65,000-pound capacity at 55 feet and 30,000-pound capacity at 77 feet, and an extendable boom maintenance crane. Appleton Marine supplied the cranes, while Power Dynamics Innovations supplied the winches for the wicket lifter.

The forthcoming backup wicket lifter barge will be a sister vessel to the James M. Keen.

Caption for photo: New vessel will be a sister vessel to the James M. Keen, which was commissioned in August. (Photo by Jeff L. Yates)